Whether you are a newcomer to the works of Colombian novelist Gabriel Garcia Marquez or a life-long reader, his passing on Thursday may have inspired you to explore the literary works that won him a Nobel prize, a place of prominence in the literary canon, and the admiration of millions of readers around the world.

To get you started, here are six short stories and novellas brief enough that you can read them beginning-to-end this weekend, along with a guide on where to find them. A number of them are available free online; others will almost certainly be prominently displayed in bookstores. Consider this your guide to jump-starting, or re-discovering, an obsession with the works of one of the greats.

This 1955 short story is a wonderful illustration of the magic realism style that he helped pioneer. It's short enough that, beyond the title, I don't want to ruin any of the details with a plot summary. Like so many of his works, it's a spell-binding read from the first sentence:

On the third day of rain they had killed so many crabs inside the house that Pelayo had to cross his drenched courtyard and throw them into the sea, because the newborn child had a temperature all night and they thought it was due to the stench.

2) Short story: "The Autumn of the Patriarch"

This 1976 short story appeared in the New Yorker and is so much of what makes Garcia Marquez's work great: the long, rolling paragraphs, the unforgettable characters, and the post-colonial Latin American scenes so vivid you feel wrapped in their history. I'm going to again insist you read its irresistible first sentence:

Over the weekend the vultures got into the Presidential Palace by pecking through the screens on the balcony windows, and the flapping of their wings stirred up the stagnant time inside, and at dawn on Monday the city awoke out of its lethargy of centuries with the warm, soft breeze of a great man dead and rotting grandeur. 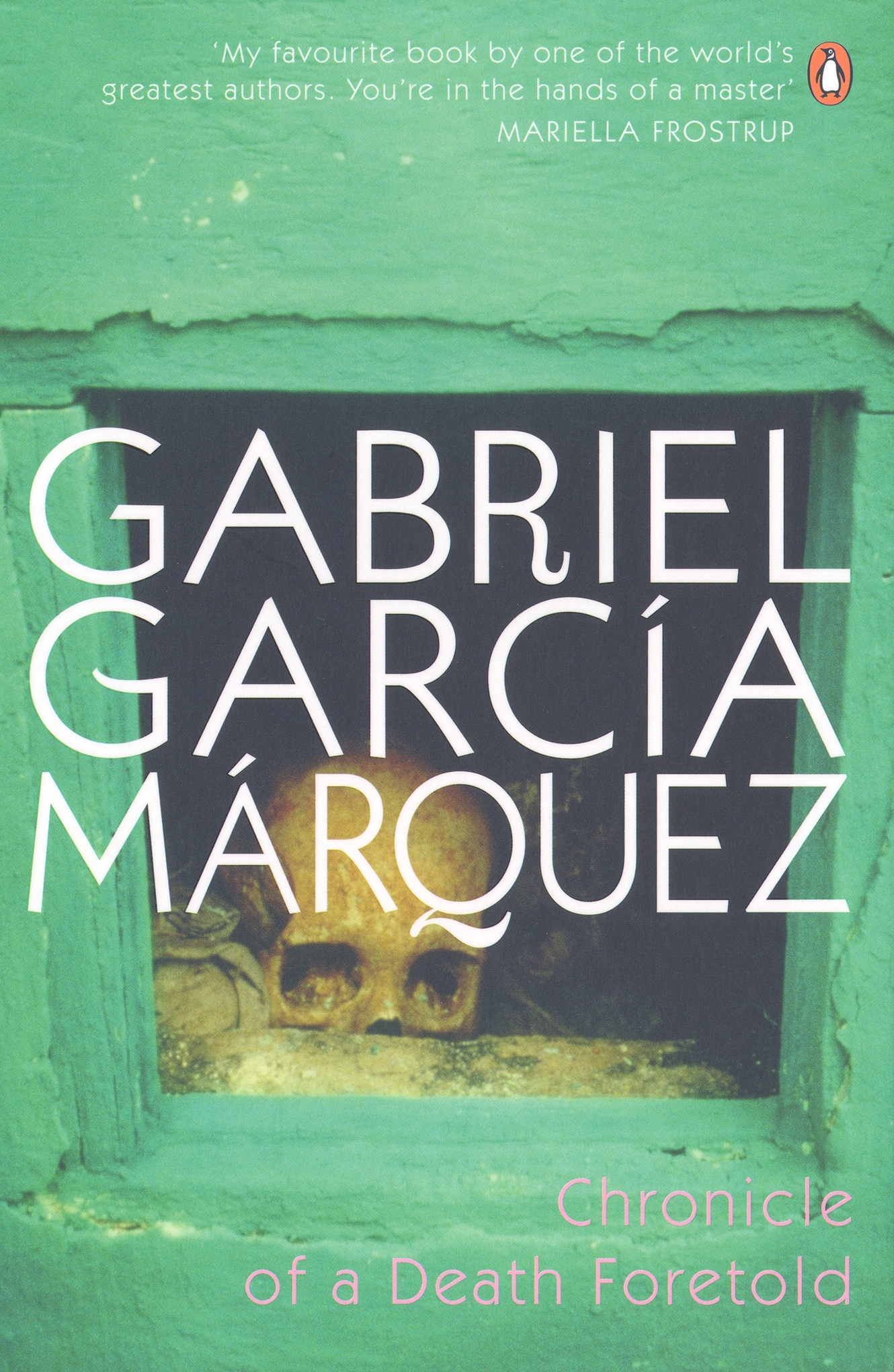 3) Novella: Chronicle of a Death Foretold

This 71-page 1981 novella is one of his most famous works, deservedly, and it just became your plans for Sunday afternoon. Told as a mock-journalistic reconstruction of the murder of Santiago Nasar, it shows off Garcia Marquez's ability to build fascinating characters in a small space. The non-linear plot makes it all the more compelling.

Filled with the magic and confusion Garcia Marquez is best known for, this 1972 short story tells the story of two lovers who meet in their lucid dreams. The entire story is only six pages long and exists entirely in the dream state between a man and a woman who love each other but never meet outside the bedroom of their dreams.

Free to read here (Harper Collins has posted Garcia Marquez's Collected Stories in its entirety; this story is on page 50)

5) Novella: No One Writes to the Colonel

Set in Colombia during a time of strict martial law and censorship in the early 1900s, the 1961 novella tells the story of a retired general living in a small village where he awaits his pension. In terms of Marquez's greater canon, it's a bit of an outlier: it contains only one magical event and none of the characters are named. This anonymity fills the short work with a desperation, pulling the reader into the insignificance a person feels under martial law.

Order a copy here or look for it in bookstores

The 1970 story hits on many classic Garcia Marquez themes. I dare you not to read beyond the first line:

Once you're done, read One Hundred Years of Solitude, his best-known novel. Then read everything else.