Share All sharing options for: The parents of a murdered man saved his killer at the gallows

Imagine standing on the gallows, condemned to die. The noose is around your neck. The mother of the man you murdered comes on stages and slaps you. Then she removes the noose and saves your life. 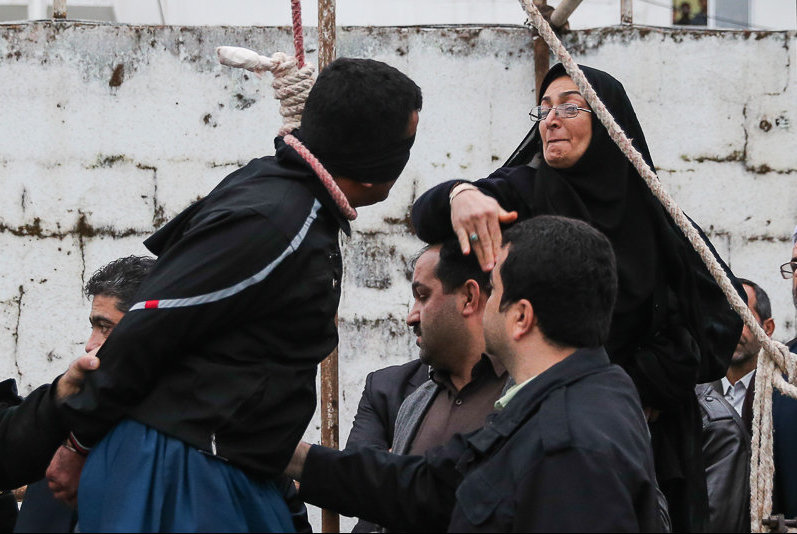 This isn't fiction. That's Balal, the Iranian man it just happened to, in the above picture. The woman who slapped him is his victim's mother, and she's about to remove the noose and save his life. Balal is an extraordinary exception in Iran, which along with Iraq is one of only two countries in the world where the death penalty is making a real comeback. That's despite the fact that the death penalty is collapsing almost everywhere else, and rapidly at that.

Balal was convicted of stabbing Abdollah Hosseinzadeh to death in a street fight seven years ago. Balal was 19; Abdollah, 17. Abdollah's father, Ghani Hosseinzadeh, was a former soccer player, so the case took on special prominence. 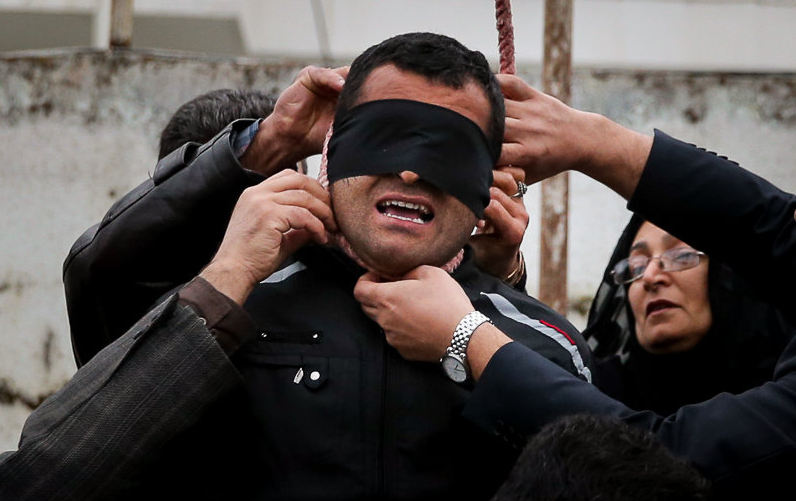 According to the BBC, Balal's case became a cause célèbre in Iran. Iranian law allows the victim's family to halt an execution in exchange for "blood money," and a number of Iranian celebrities sponsored a public campaign to collect it to pay Abdollah's family to stop the execution. They raised donations from over one million Iranians.

The campaign worked. Abdollah's mother said she "had a dream that her deceased son had asked her not to take revenge." The family pledged to spend the blood money to build a soccer stadium in their son's honor. 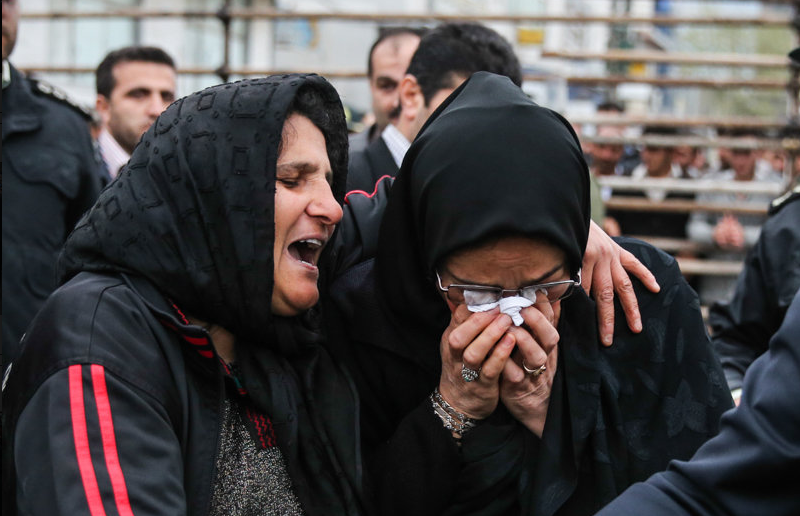 Balal and Abdollah's mothers together after the execution was halted. Arash Khamooshi/ISNA

This kind of high-profile stay of execution is a huge deal in Iran. The country has seen a massive spike in executions in 2013 and early 2014. Most of the executions, according to the United Nations, have been for drug-related offenses. Two men were recently sentenced to die for having a drink.

Not all of Iran's executions are made public, but Amnesty International puts the number of total executions in Iran last year at at least 369 and possibly over 700. Iran and its neighbor Iraq, which is executing rising numbers of people on terrorism charges, were almost solely responsible for an overall increase in the number of worldwide executions in 2013. In every other country in the world, the death penalty is either unused or its use is dropping.

The death penalty is becoming extraordinarily rare, even in the United States. Most executions happen in China, where thousands are believed to be executed, although the total number is a government secret. Outside of China, 80 percent of all global executions are held in in Iran, Iraq, or Saudi Arabia. 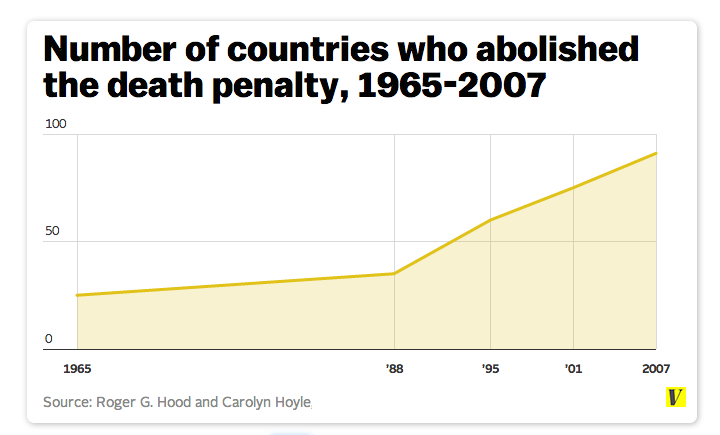 This has kept up in recent years. Including countries that have de facto abolished the death penalty (meaning they have it on the books, but never use it), 140 countries have abolished capital punishment. That's about 75 percent of the world. 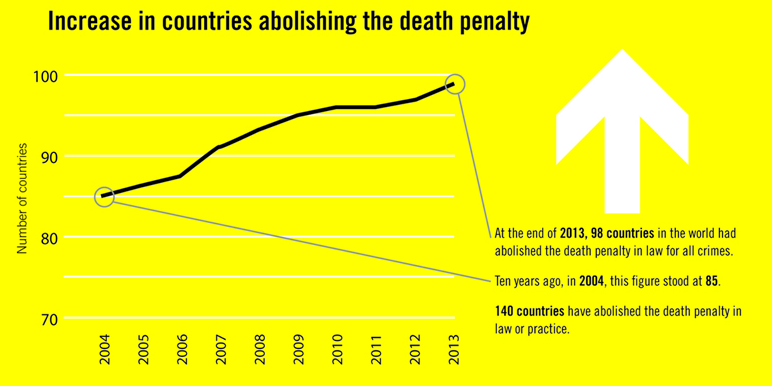 Why the rapid change? According to Oxford criminologists Roger Hood and Carolyn Hoyle, "foremost among the factors that have promoted this new wave of abolition has been the political movement to transform consideration of capital punishment from an issue to be decided solely or mainly as an aspect of national criminal justice policy to the status of a fundamental violation of human rights: not only the right to life but the right to be free of excessive, repressive, and torturous punishment."

In other words, the global human rights movement made death penalty abolition a priority, and successfully followed through. It makes sense, then, that the death penalty's bases today are China, Iran, Iraq, and Saudi Arabia. Those are four of the countries least interested in what human rights campaigners have to say.