Share All sharing options for: Western wildfires keep getting worse — and climate change is a prime suspect

Every summer, massive wildfires break out across western US states like Colorado and Idaho — torching homes, causing residents to flee, and costing taxpayers billions in firefighting efforts.

Wildfires out west have been growing at a rate of 90,000 acres per year

This isn't just a random pattern: These wildfires have been getting larger and more frequent over the last three decades. A new study in Geophysical Research Letters finds that wildfires in the western United States have been growing at a rate of 90,000 acres per year between 1984 and 2011.

By examining satellite data, the authors found that large wildfires were clearly increasing in 8 of 10 regions studied (save for southern California and the Great Basin). And they find that the upward trend is extremely unlikely to be due to random chance.

So what's driving this? Global warming is one likely suspect. "The really amazing thing is that we don't just see an increase in one or two regions," says lead author Philip Dennison, a geographer at the University of Utah in Salt Lake City. "We're seeing it almost everywhere — in the mountain regions, in the Southwest. That tells us that something bigger is going on, and that thing appears to be climate change."

The study itself stops short of estimating how much of the increase might be caused by global warming — especially since other factors, such as forestry practices and invasive species are likely at play, too. But their finding is in line with previous research suggesting Western fire activity will become more common as temperatures rise.

Why Western wildfires keep getting bigger 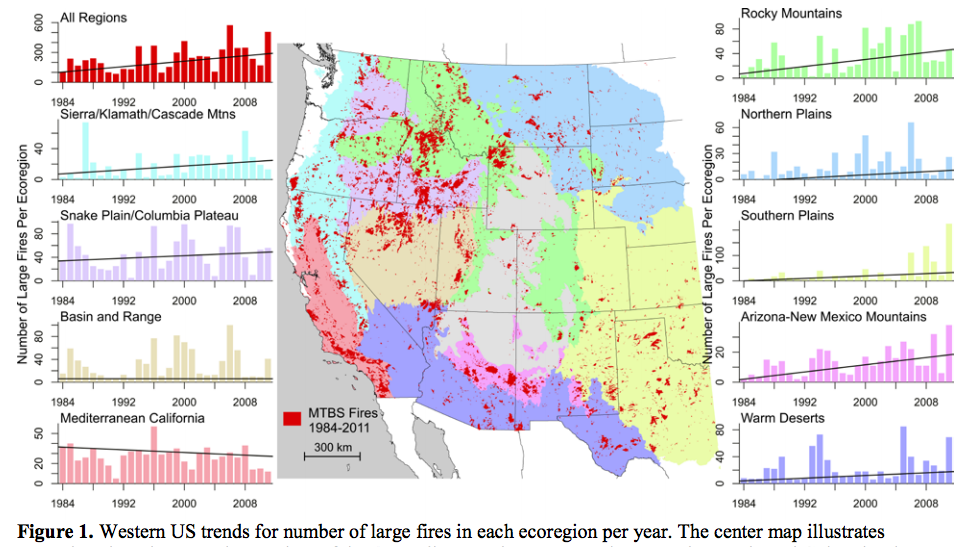 Wildfires are a complex phenomenon — and there are all sorts of factors that could cause them to become bigger and more common, from global warming to forest-management practices:

Invasive species: In the Great Basin, for instance, an invasive species of cheatgrass has made parts of Nevada, Utah, and Colorado more flammable. So if, say, dry lightning strikes, there's far more fuel available to produce a really a large wildfire.

Since the early twentieth century, forest managers have often suppressed low-level fires. As a result, many forests have become dense with brush, which means that when fires do break out, there's more fuel to burn. The scale of recent "megafires," which can spread up to the canopy, seems to be unprecedented in the historical record.

Climate change: But the fact that forest fires are increasing in so many different regions together strongly suggests that a changing climate is playing a contributing role here. In their study, Dennison and his team found that wildfire increases out West seemed to be particularly associated with increases in the occurrence of drought, which is becoming more common in many of the regions studied.

This isn't the first study to draw out the climate-fire connection. A 2006 Arizona State University study, for instance, linked an increase in fires on federal lands to rising temperatures. One reason: The winters are getting warmer, which means less snowpack in the mountains, which means less water released in the spring, which means soils and forests get parched more quickly.

But this new study is the most comprehensive yet, looking at all regions across the West using satellite imagery, not just forests or federal lands. And the upward trend is clear. (You can find an animated map of the increase here.)

Wildfires are also getting more expensive — because of us 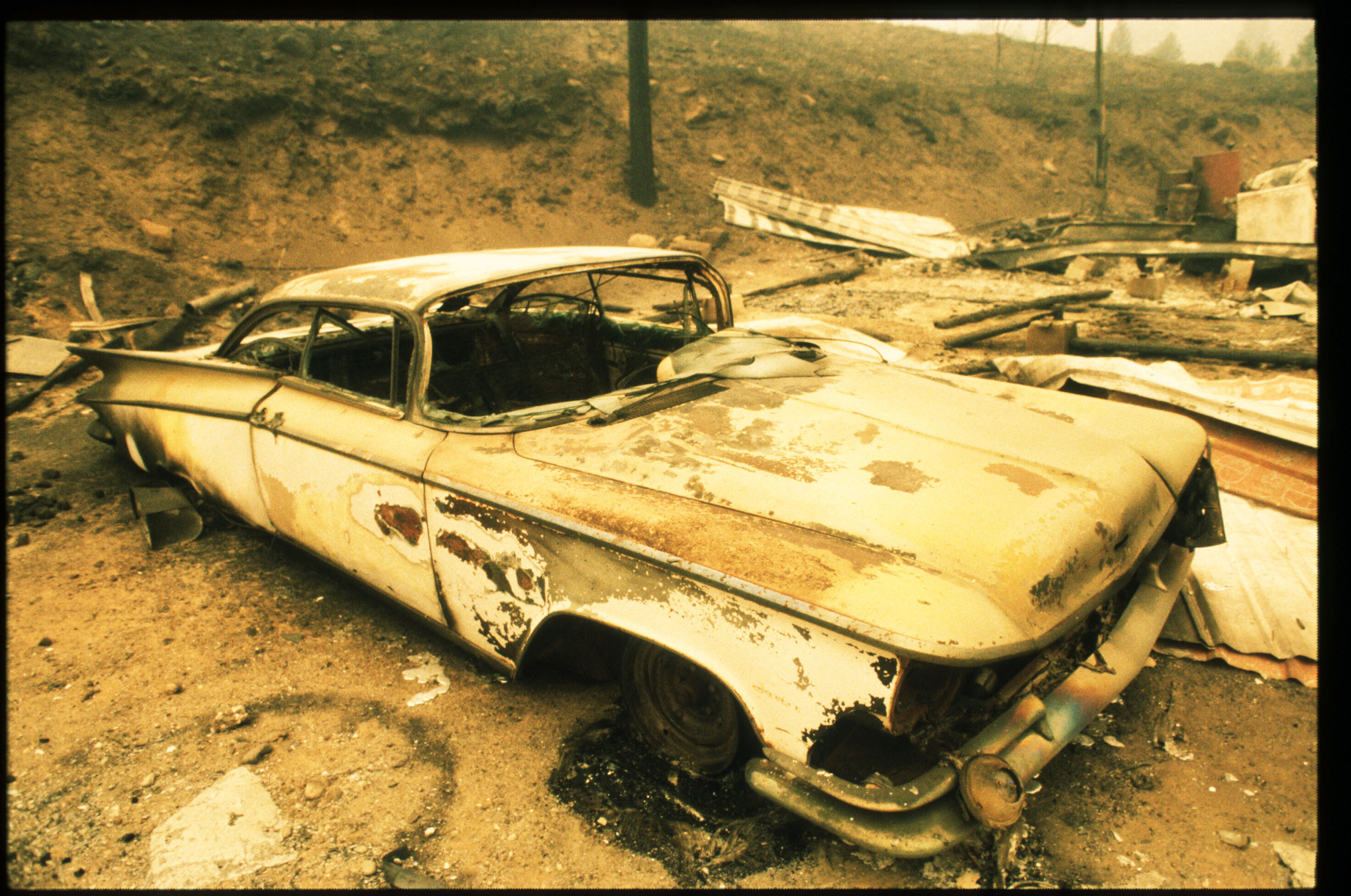 The charred remains of a car sit July 30, 1989 in Idaho. Hundreds of fires in Idaho, most of them started by lightning, destroyed more than 10,000 acres of land. Mark Thiessen/Liaisont/Getty Images

more and more people are actually moving into fire-prone areas

Yet Americans, for their part, seem fairly unprepared for this. More and more people are actually moving into fire-prone areas. Some 250,000 new residents have settled in Colorado's "red zone" over the past two decades.

That increases the overall economic damage from these fires. It also raises the cost of suppression, as firefighters have to focus on protecting nearby homes when dealing with a large fire.

Why is this happening? One recent paper by Ross Gorte of Headwaters Economics argued that there are all sorts of misaligned incentives that actually encourage people to live in fire-prone areas. State and local governments decide whether to develop this land. Yet the federal government picks up the biggest piece of the tab for fire suppression and protection — about $3 billion per year. In essence, homeowners have been building in fire zones and counting on taxpayers to protect them.

But there are ways to limit wildfire damage 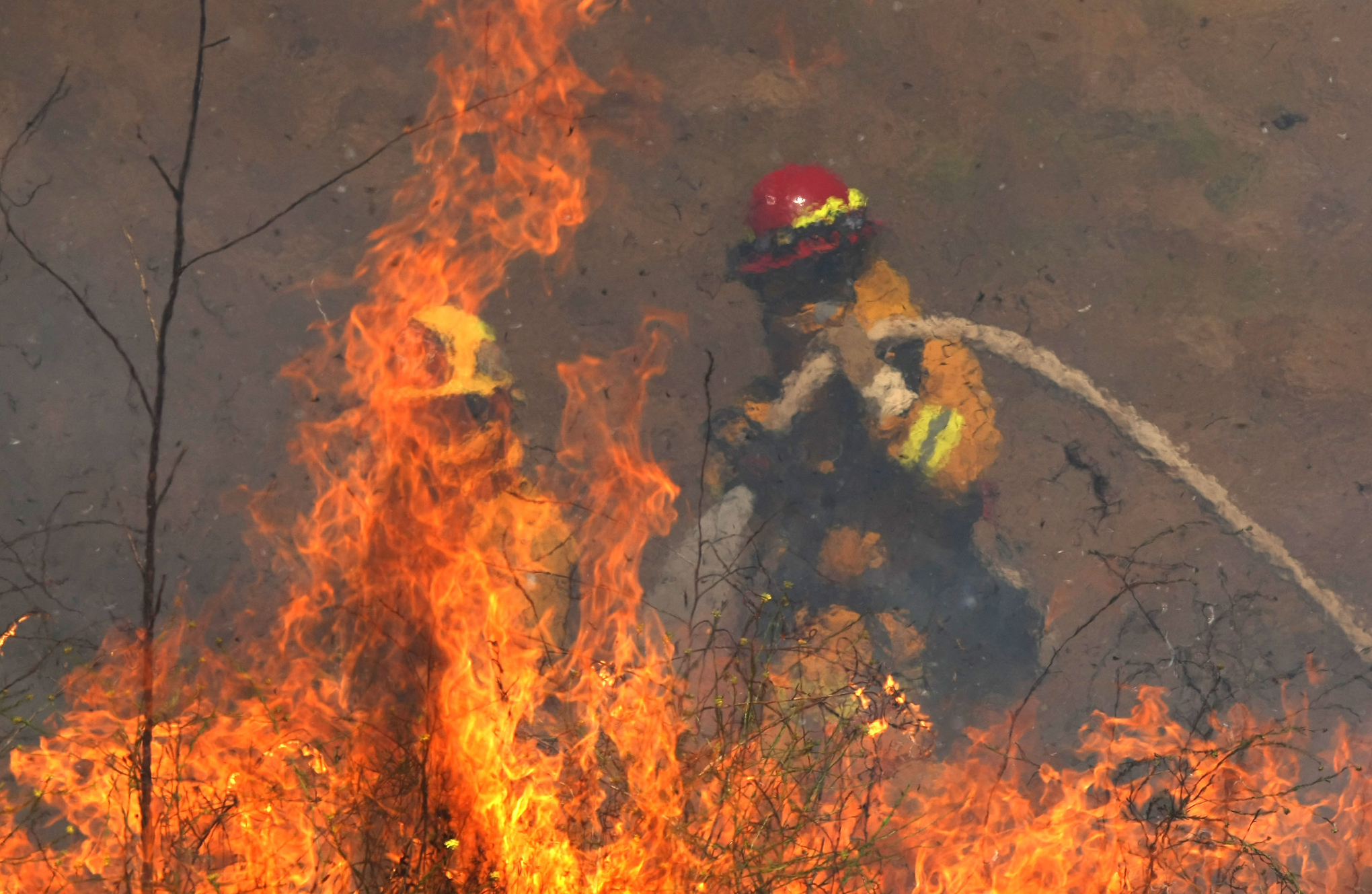 A firefighter uses a hose to extinguish a fire in dry grass during a multi-agency wildfire training drill June 24, 2009 in Dublin, California. Justin Sullivan/Getty Images

Gorte's paper lists a number of ways to alter these incentives. For starters, policymakers could tighten fire standards and building codes for homes in these areas. Congress could also limit the mortgage-interest deduction for homes built in especially vulnerable regions — or require homeowners to buy federal fire insurance.

There are ways to fight fire with fire

Meanwhile, there are other ways to try to limit the damage from wildfires. Scott Stephens, a professor of fire science at UC Berkeley, published a study in Biosphere showing that intentionally setting "prescribed fires" in forests could help clear out brush and prevent even more catastrophic, canopy-killing fires from breaking out. (This is essentially fighting fire with fire.) The US Forest Service has proposed policies along these lines, including mechanical thinning techniques.

But either way, wildfires are on the rise — and Gorte's paper suggests that they're also likely to become more destructive as humans and fire come in closer and closer contact.