The Pew Research Center and Smithsonian magazine called up 1,001 adults across the country to survey them on the future of technology, and the results are pretty interesting. For a country that's generally portrayed as technology-obsessed, this sample was surprisingly pessimistic about how technology might change our lives.

A few of the questions asked respondents how they'd feel — positively or negatively — about four realistic technologies or policies that we might see in the coming years.

People are terrified of designer babies and our robot overlords 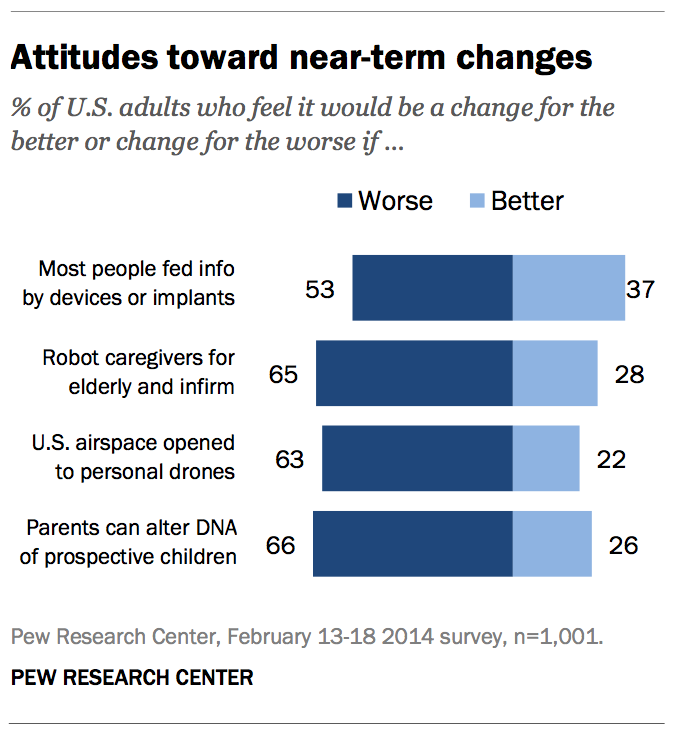 It's perhaps not a shock that designer babies and ubiquitous drones are unpopular, but in an age where most of us use our phones many hours a day and companies are rapidly developing wearable technology, like Google Glass, it's a bit of a surprise that the majority of people think it'd be worse "If most people wear implants or other devices that constantly show them information about the world around them," (the full question for bar #1).

Most of the respondents were also unwilling to use future technologies that might be safer (driverless cars), more sustainable (lab grown meat), or life-enriching (brain implants): 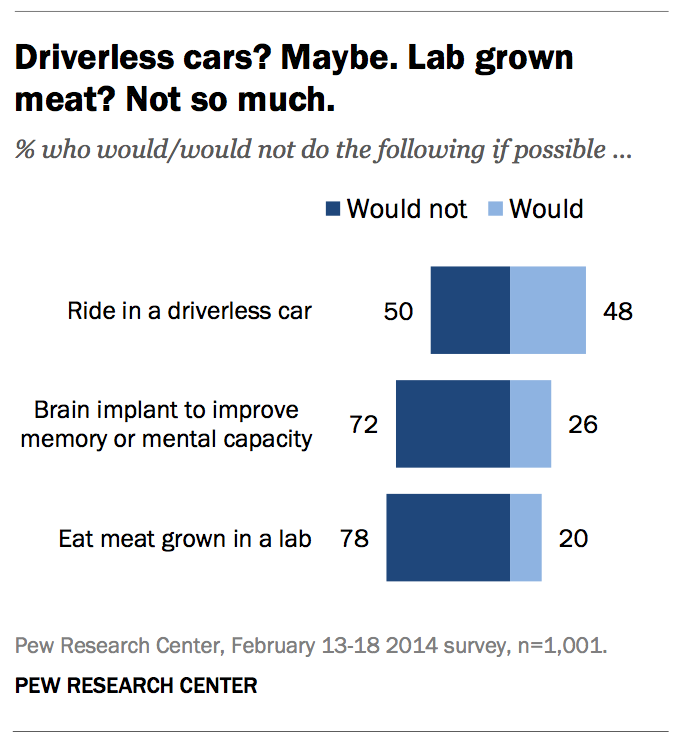 And they've given up on the dream of space colonies

The respondents were also surprisingly pessimistic — or perhaps realistic, depending on your perspective — about our chances of developing a number of speculative technologies over the next fifty years: 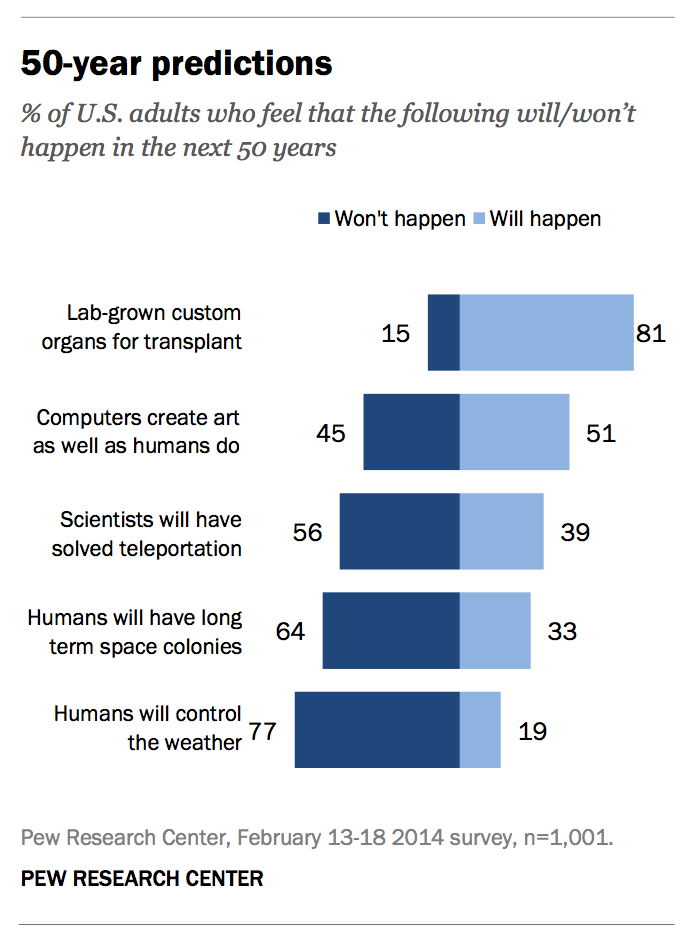