Share All sharing options for: What we know about the pro-Russian flier threatening to round up Ukrainian Jews

The conflict in Ukraine was dangerous enough before people started talking about rounding up Jews.

On Tuesday of this week, a flier, sourced to pro-Russian separatists surfaced in the Ukrainian and Israeli media. Purportedly distributed by "three unidentified men wearing balaclavas and carrying the flag of the Russian Federation," the flier threatened Jews in Ukraine's Donetsk region with expulsion unless they registered themselves and their family with the local government. Scary stuff.

But it's hard to actually know what's going on. Donetsk, both a large city and a region, is the center of the armed pro-Russian movement in eastern Ukraine, where the Ukrainian government is currently waging a military campaign to put down. So here's a brief rundown of what we do and don't know about the flier so far.

It's sourced to this guy 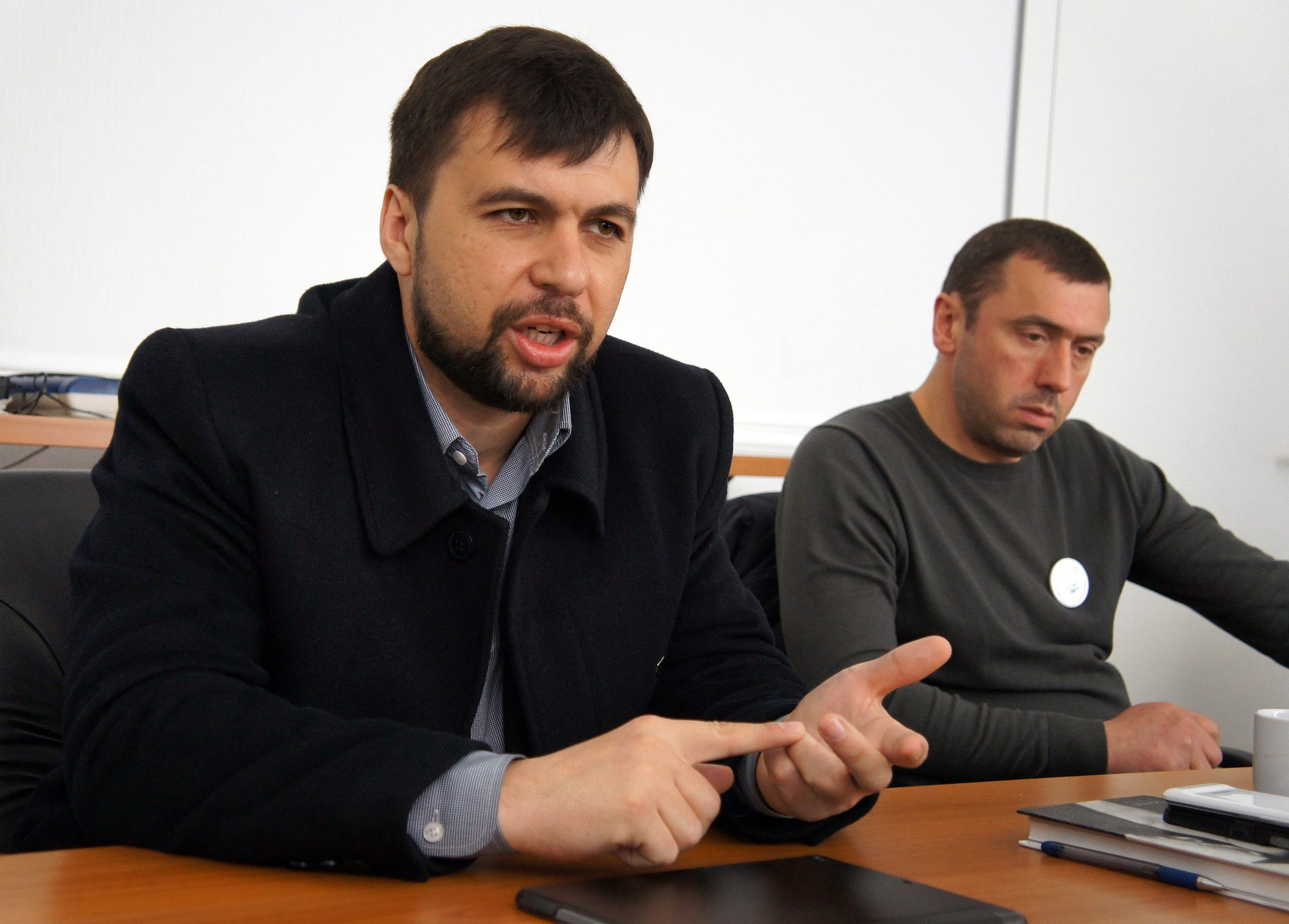 That's Denis Pushilin on the left, the Chairman of the Donetsk People's Republic — the name the pro-Russian separatists have given to themselves. If that's true, then compiling a registry of Jews would reflect the official policy of these pro-Russian militants, who are also believed to be backed by the Kremlin.

But the pro-Russian side denies it

Two different sources say Pushilin and his forces deny any connection to the fliers. According to the Jewish Telegraphic Agency, Pushilin claims they're a "provocation" aimed at discrediting his side.

But Yedioth Ahronoth, an Israeli newspaper, is reporting something slightly different. Pushilin, in their account, "confirmed that the flyers were distributed by his organization, but denied any connection to the leaflet's content." That would suggest that while persecuting Jews wasn't the official policy of the separatists, there are significant anti-Semitic elements inside their hierarchy — which could spell trouble for Ukrainian Jews in Donetsk if the region wins its independence or joins Russia.

The flier may not even be real. The Anti-Defamation League told Mashable that "we are skeptical about the flier's authenticity." The National Conference Supporting Jews, a regional Jewish rights group, believes it's a hoax. And The New Republic's Julia Ioffe, who knows the region well, believes the pro-Russian forces are extremely unlikely to risk losing supporters by threatening the Jewish minority.

The pamphlet's principal grievance against Ukrainian Jews is that they support the anti-Russian Ukrainian central government. They call that government the "Banderite junta" in the capital of Kyiv. That's a reference to Stepan Bandera, a Ukrainian nationalist leader from World War II who remains a potent and controversial symbol in today's Ukraine. 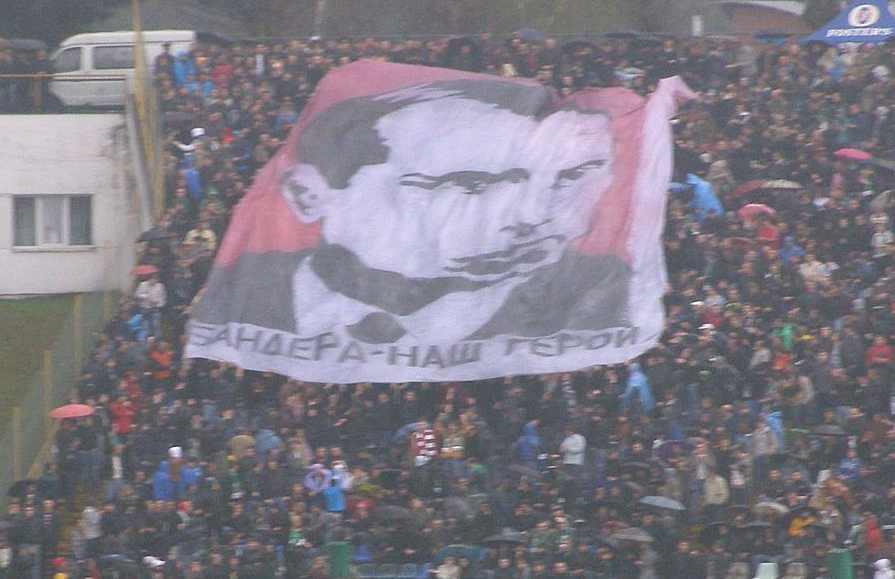 Banner of Bandera at a Ukrainian sporting event in 2010. PavloFriend

Pro-Russian Ukrainians despise Bandera, because he allied with the Nazis to expel Russian troops from Ukraine. However, he's also a symbol of anti-Jewish hate: Bandera's troops helped the SS slaughter Jews during their invasion of Ukraine. He ultimately turned on the Nazis when they wouldn't let him run an independent Ukraine, but from the Jewish point of view, it was too little, too late.

So for Jews, being tarred as Banderites is doubly disturbing: it at once makes them a target of Russian nationalists and reminds them of a time when Ukrainian Jews were being killed en masse.

There's an ongoing propaganda war over anti-Semitism in Ukraine, but the Russian side is more to blame

Part of the reason this flier is such a big deal is that Russia and Ukraine are both using accusations of anti-Semitism as part of their attempt to portray the other side as in the wrong. The memory of World War Two, and of the devastation Nazi Germany caused their countries, is still fresh in both. Russia alleges that fascist supporters of the new Ukrainian government are threatening Jews, while the Ukrainians say the same about pro-Russian separatists.

So far, there's very little evidence that the Ukrainian side is persecuting Jews. As Igor Volsky and Hayes Brown at ThinkProgress note, a recent UN report found could not find much evidence substantiating the Russian charges.

"Nobody is afraid of fascists," east Ukrainian rabbi Shmuel Kaminezki told the New York TImes. "But everyone is afraid of war with Russia."