One of the most insidious things that people do in politics is try to mislead people with technically accurate factoids. Consider, for example, this chart from the Heritage Foundation purporting to show that rich people are overtaxed: 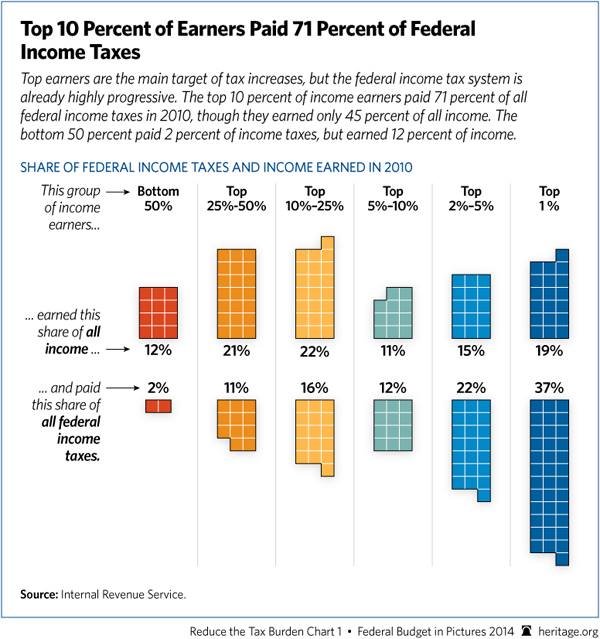 This is totally accurate. The federal income tax has a strongly progressive rate structure meaning that the top 1 percent of the populations pays an even larger share of federal income taxes than their (very large) share of overall national income.

But guess what's not on this chart? Payroll taxes which bring in almost as much revenue as the income tax, and have a somewhat regressive rate structure. And it also misses state and local taxes where the distribution is the reverse: 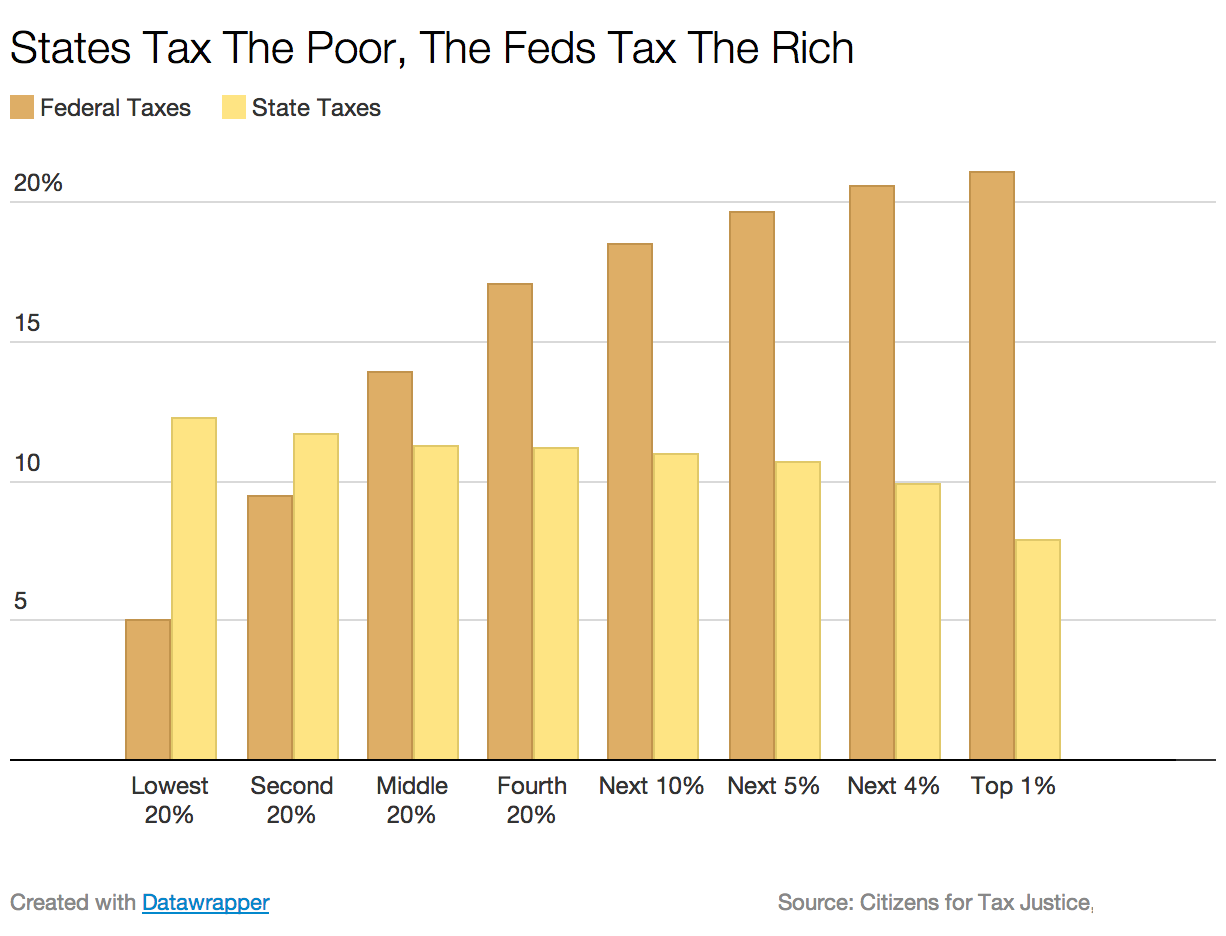