Can the government claim copyright in a coin design? (corrected)

Share All sharing options for: Can the government claim copyright in a coin design? (corrected)

Today the Treasury Department is answering questions about coins on Twitter. Here's a helpful diagram showing what the various parts of a coin are called: 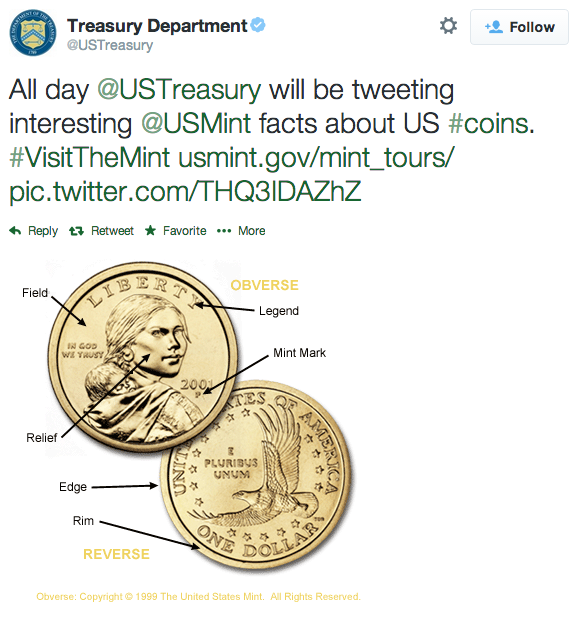 If you look closely, you see this notice at the bottom: "Copyright © 1999 The United States Mint. All Rights Reserved."

Evidently, whoever created that graphic isn't aware that works created by the federal government aren't eligible for copyright protection. Under US law, a work produced by federal employees, which a coin certainly is, automatically falls into the public domain. So the United States Mint doesn't have any rights to reserve.

This isn't the first time the government has attached legally dubious notices to its public domain images. Since 2009, the White House has been publishing photos on Flickr that include a disclaimer that they "may not be manipulated in any way." But it's hard to think of any legal basis for this restriction, a point a White House spokesman essentially conceded in 2012.