Study: 12 million US adults are misdiagnosed each year

Share All sharing options for: Study: 12 million US adults are misdiagnosed each year

At least one in 20 American adults is misdiagnosed each year, according to a study of primary care and cancer patients published Wednesday in BMJ.

That works out to about 12 million people being told annually that something is wrong with them that isn't, researchers from the VA Center for Innovations in Quality, Effectiveness and Safety and University of Texas at Houston say. And based on previous studies, researchers concluded that roughly half of those misdiagnoses have the potential to harm a patient.

Misdiagnoses can be deadly 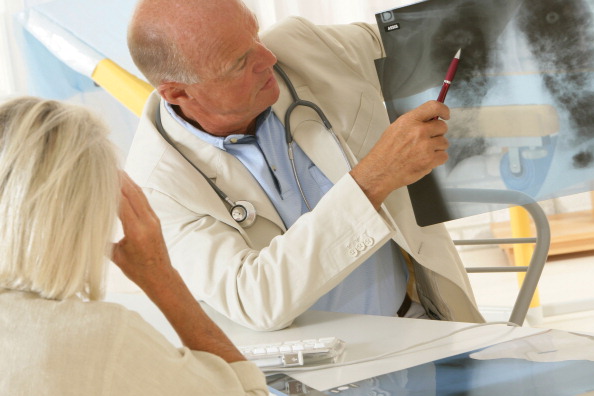 Hardeep Singh, one of the researchers involved in the study, says the findings show a lot of patients could be at risk.

"The harm from misdiagnosis occurs when the correct treatment is delayed or when you get an inappropriate treatment or test," he says.

If doctors diagnose a cough brought on by lung cancer as a cough brought on by a cold, for example, the cancer is going to have time to spread and, therefore, become more difficult to treat. In this scenario, it would be much better if the doctor ran the proper tests, caught the lung cancer in its infancy, and went after the cancer with more precise, successful treatments.

The study's misdiagnosis rate, although high, might be a conservative estimate 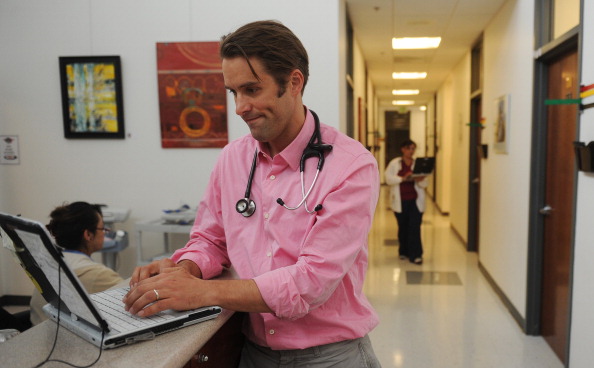 It could be worse, if this guy doesn't get it right. Cyrus McCrimmon / Denver Post

Singh's team looked at medical records to find out when doctors failed to make correct or timely diagnoses in primary care visits and cases involving lung cancer and colon cancer. If a patient with a cough, for example, was diagnosed with lung cancer on his first doctor visit and medical records later showed the patient actually had a cold, that would count as a misdiagnosis. The team then added up those misdiagnoses and extrapolated their findings to the US adult population, hence the 1-in-20 rate.

But because the study focused on primary care visits and only two types of cancer, Singh acknowledges the analysis neglected other medical problems susceptible to misdiagnoses. And even more issues might have been left out of the medical records Singh and his team analyzed.

Singh says the 5-percent MISDIAGNOSIS RATE IS PROBABLY TOO LOW

That doesn't, however, mean the 5-percent error rate is too high of an estimate. On the contrary, Singh says the estimate is probably too low because the medical problems left out, particularly some of the rarer diseases, are more difficult to properly diagnose.

The study points to other, less robust measures that found even higher rates of misdiagnoses: a patient survey, for instance, put the rate of diagnostic errors at more than 10 percent.

For Singh, the purpose of his study was to start a conversation with stronger methodology that might invite further research into the issue.

"We’ve had this problem for a while," he says. "We just haven’t been able to measure it."

Various issues, from doctors to patients, cause misdiagnoses 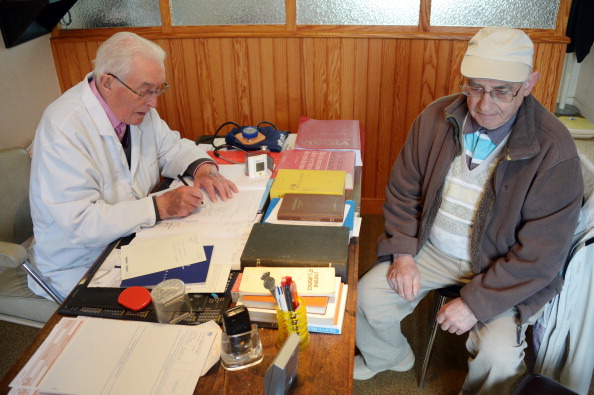 Both sides are to blame. Damien Meyer / AFP

The most obvious person to blame for a misdiagnosis is, of course, the doctor. And Singh, a doctor himself, acknowledges doctors and their care teams are sometimes to blame — due to a lack of education about a specific medical problem, poor communication, or a failure to check up on a patient after a visit.

But patients are also at some fault, Singh says. Sometimes patients aren't very good at communicating their medical problems; patients, for instance, might not share their full family histories or follow up with a doctor if bad symptoms persist weeks after a visit.

Singh points to systemic problems in the health-care system, too. He says bad technology — paper instead of electronic records, for instance — holds back a lot of doctors and hospitals. And there's a perverse incentive, Singh explains, in most of the US health-care system to run up more medical treatments with little concern about value, since doctors are paid for each service and not the quality of health outcomes.

So there's no single answer. But Singh says that, with more research into the issue, the specifics of misdiagnoses and how to solve them through new policy initiatives should become clearer.