These 15 charts show our health care prices are totally insane

Share All sharing options for: These 15 charts show our health care prices are totally insane

Our health spending problem is all about prices

Nexium is a bright, purple pill that treats heartburn — and one of the best-selling drugs in the country. Americans spent $6.2 billion buying millions of Nexium prescriptions in 2013 alone.

But we probably didn't have to: while Americans paid an average of $215 for a Nexium prescription in 2013, the Dutch got the exact same purple pill for $23. In England, Nexium cost $42 and in Spain the price was $58. 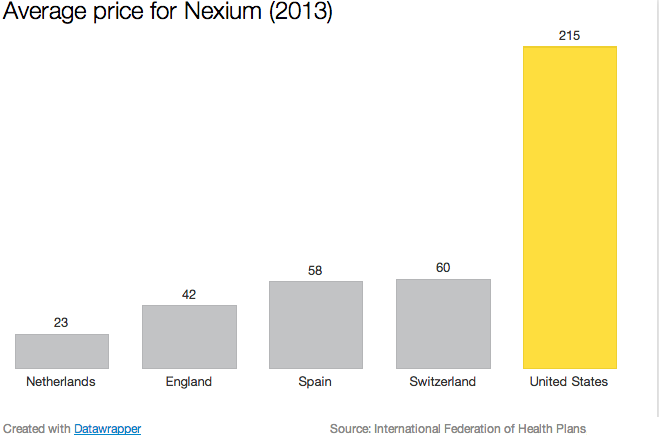 If the United States paid what the Netherlands paid for Nexium, we would have spent $663 million on the drug in 2013 rather than $6.2 billion.

"It's exactly the same product but, in terms of the American patient, you're just paying double or more the price for no more health gain," says Tom Sackville, chief executive of the International Federation of Health Plans.

His group publishes an annual look report on international variation in health care prices. And, in 2013, that report showed that the United States is the almost always the most expensive place to buy medicine, whether that's a Nexium pill or a knee replacement or an MRI scan. The one exception was cataract surgery, where the United States pulled off the somewhat impressive feat of being the second-most expensive country after Australia.

'Providers and pharmaceuticals are essentially taking advantage of the american public'

The IFHP report undercut a common misconception about American health care: that it's more expensive because we use more of it. Americans actually tend to use slightly less health care than people living elsewhere. We go to the doctor less, for example, and have fewer hospitals per capita than most European countries. 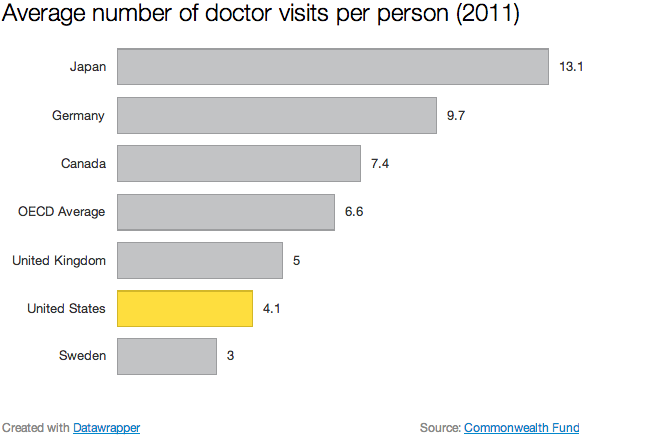 Americans spend more for health care largely because of the prices.

Most other countries have some central body that negotiates prices with hospitals and drug manufacturers. Sackville, who used to work for Britain's health care system, recalls that it would have a unit of 14 people whose whole job was getting drug manufacturers to give the country a better deal on prescription medications.

That unit of 14 is essentially buying in bulk for a country of 63 million people – and can successfully ask for steep discounts in return.

The United States doesn't have that type of agency. Every insurance plan negotiates individually with hospitals, doctors and pharmaceutical company to set their own prices. Insurers in the United States don't, as these charts show, get a bulk discount. Instead, our fragmented system means that Americans pay more for every type of health care that IFHP measured.

"You could say that American health care providers and pharmaceuticals are essentially taking advantage of the American public because they have such a fragmented system," Sackville. "The system is so divided, its easy to conquer."

How much do we get taken advantage of? These charts show the big disparities between what we pay for health care in the United States and what people pay elsewhere for the exact same drugs and services. 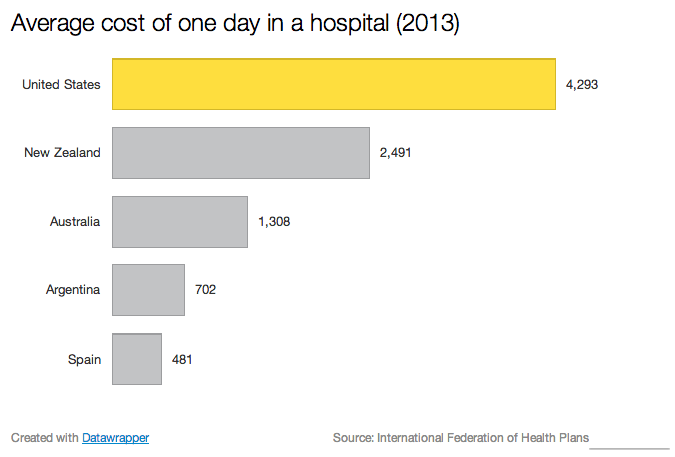 American knee replacements were twice expensive as Dutch ones 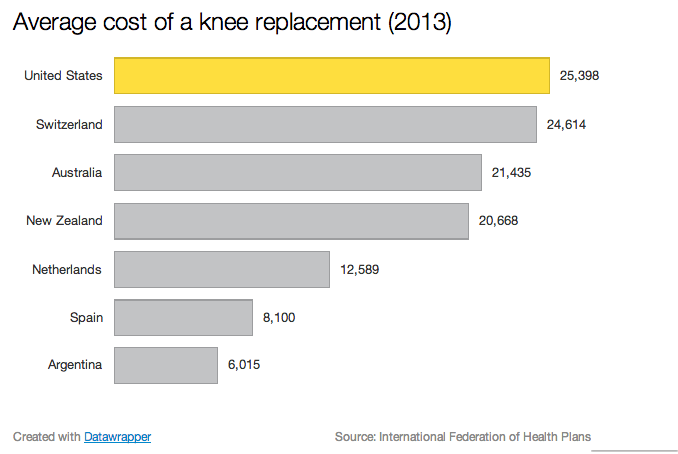 Delivering a baby in the US cost $3,500 more than it does in Australia 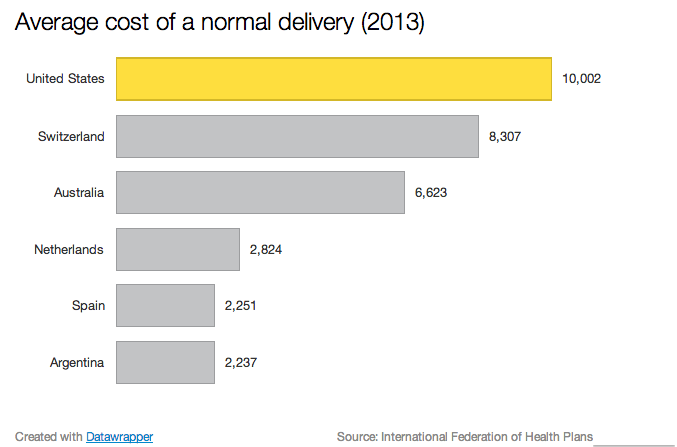 If you'd had your C-section in Switzerland, it would've cost $5,000 less 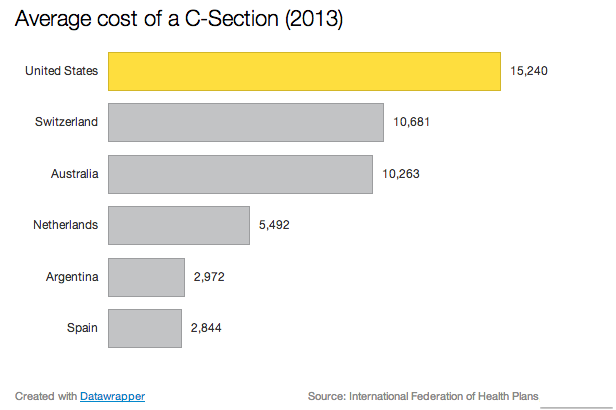 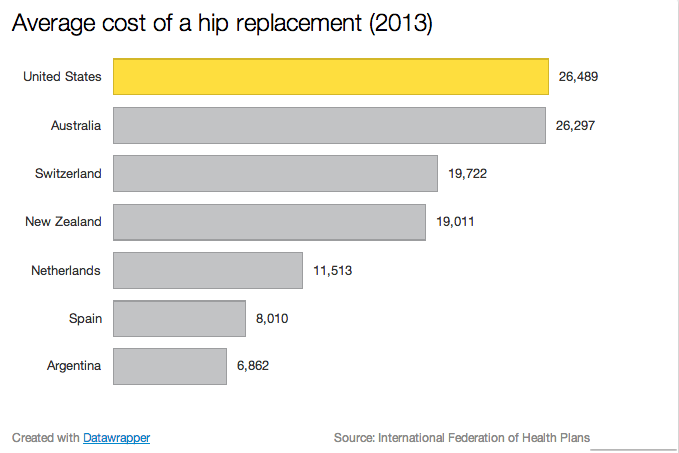 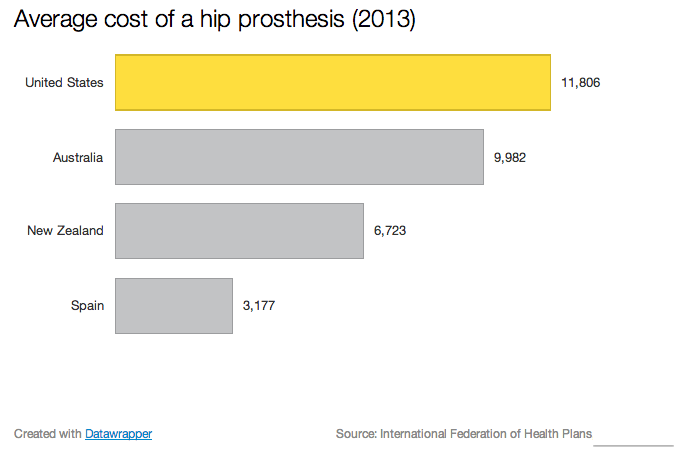 If you wanted a CT scan that costs $802 less, you should've gone to Canada 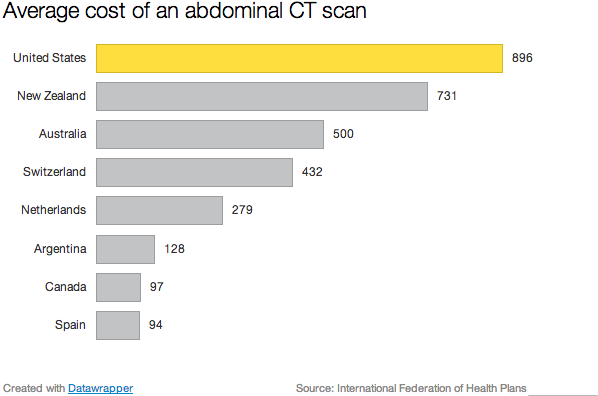 The only difference between Swiss and American MRIs? $1,000 in price. 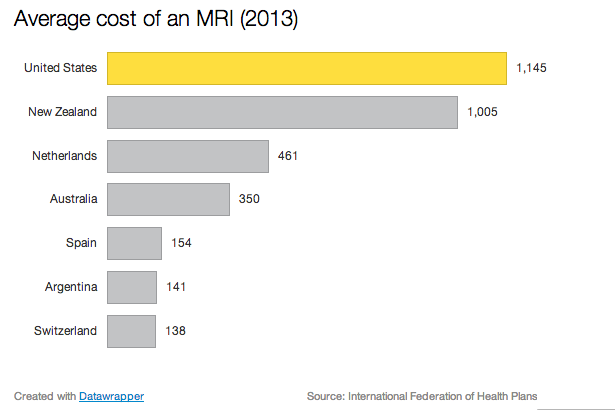 This chart of appendectomy prices should get you pretty outraged 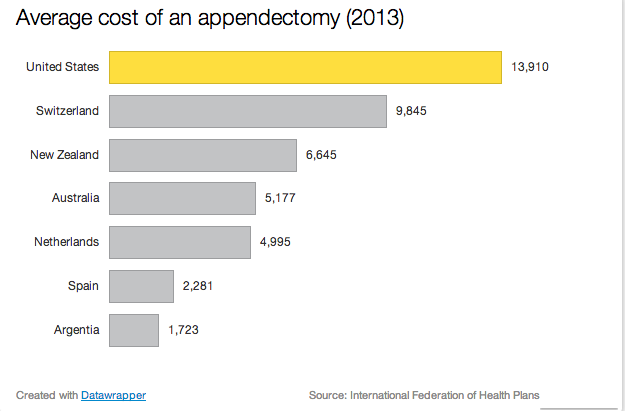 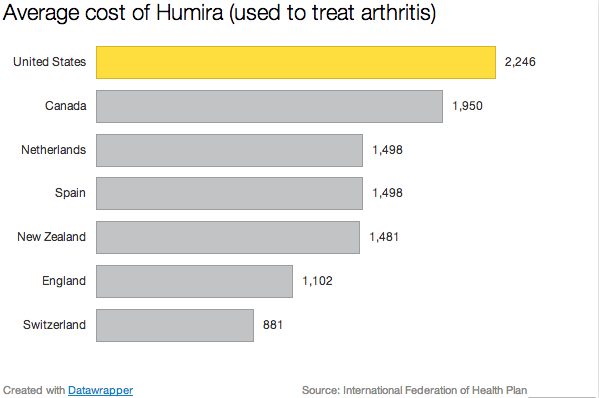 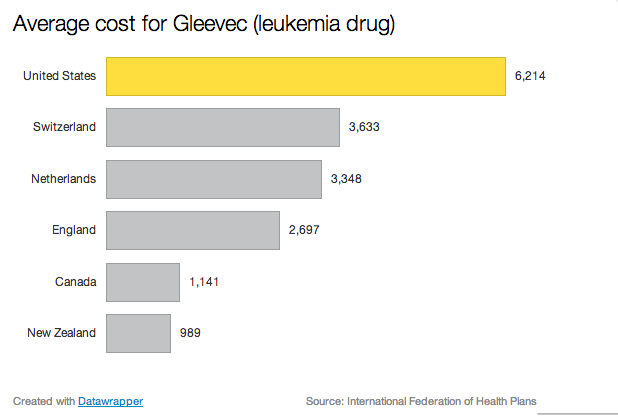 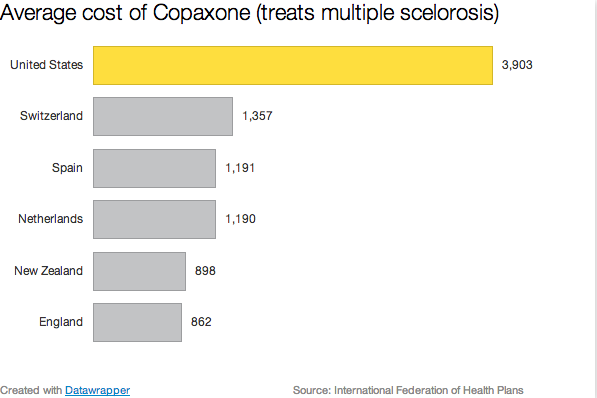 For the price of one American bypass surgery, you could buy two new cars. 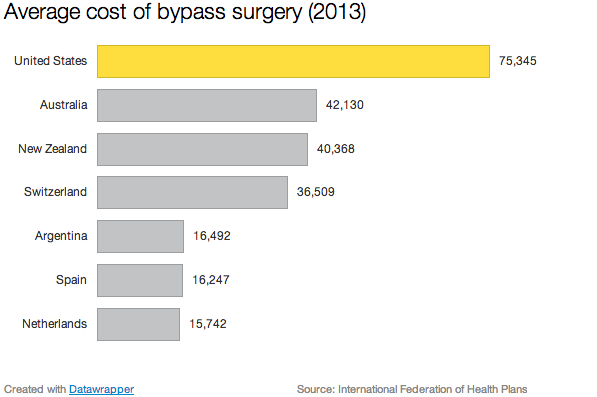 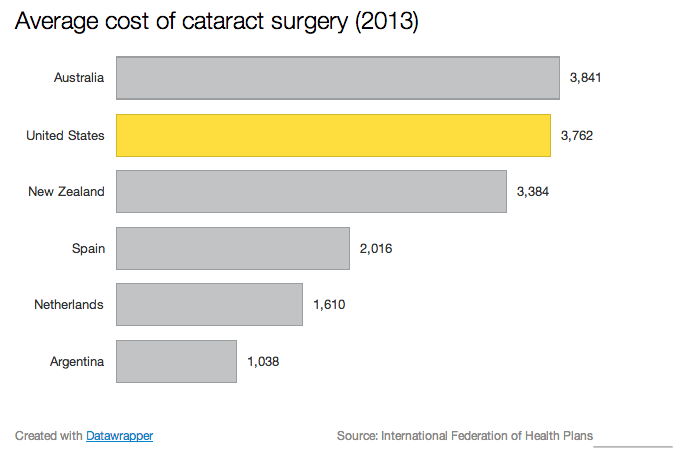 A holiday reminder to not be a rude doofus