One in five beers sold in America is a Bud Light

Share All sharing options for: One in five beers sold in America is a Bud Light

Everyone knows Bud Light is popular. But just how popular is mildly shocking.

Last month's issue of Beer Industry magazine has a bevy of good data on 2013 beer sales, including case sales for the top ten domestic, imported, and craft beers, hard ciders, and flavored malt beverages (think Mike's Hard Lemonade, Bud Light Lime, Smirnoff Ice, etc.). Here's what those brands look like stacked up next to each other: 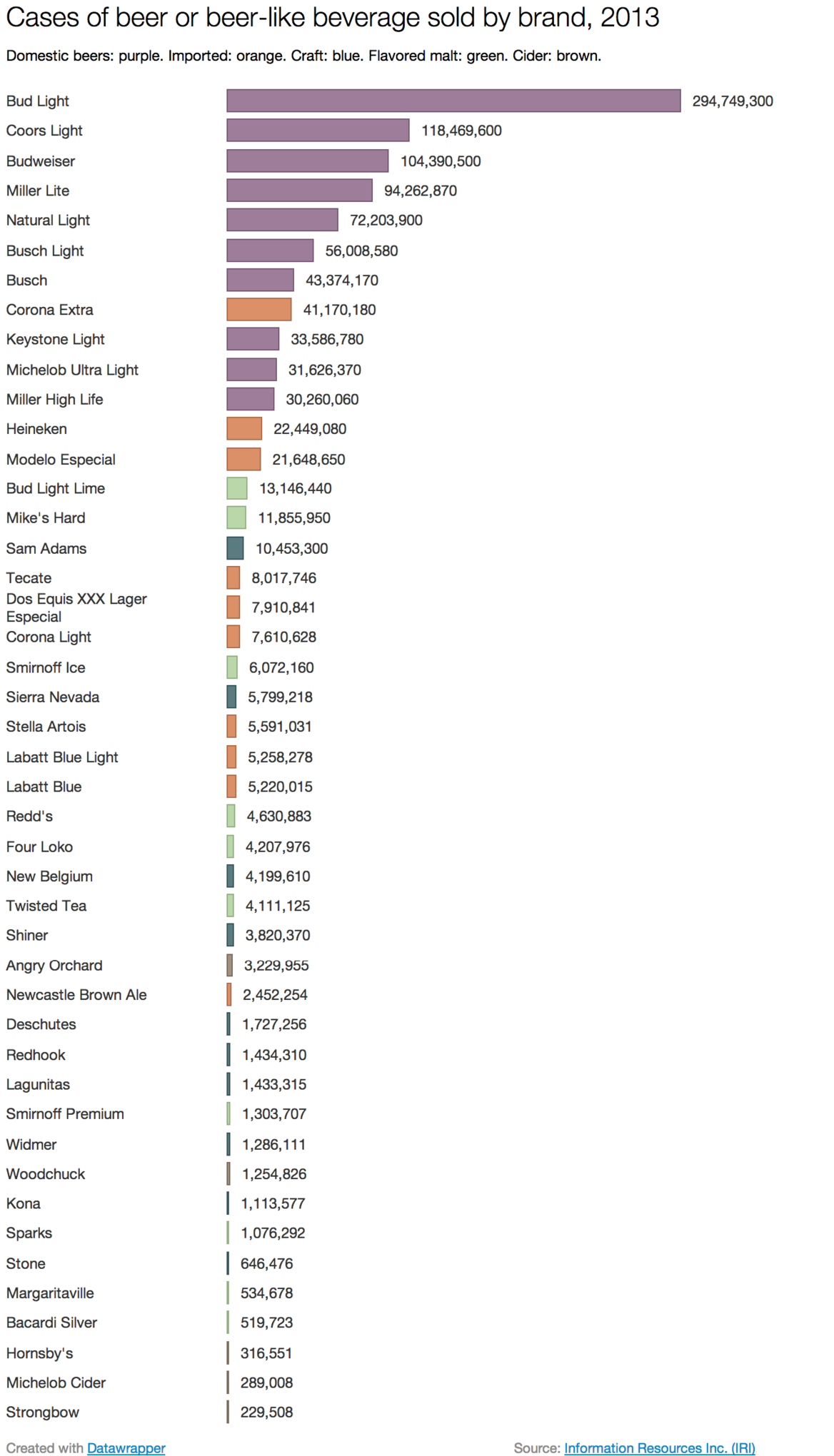 Not only is Bud Light in front, it's way out in front, with nearly three times the sales of its nearest rival, Coors Light.

Foreign and craft beers — even popular and well-known ones like Corona, Heineken, or Sam Adams — are crazily far behind. Even further behind are flavored malt beverages and hard cider. Here are the total case sales in 2013 for each category: 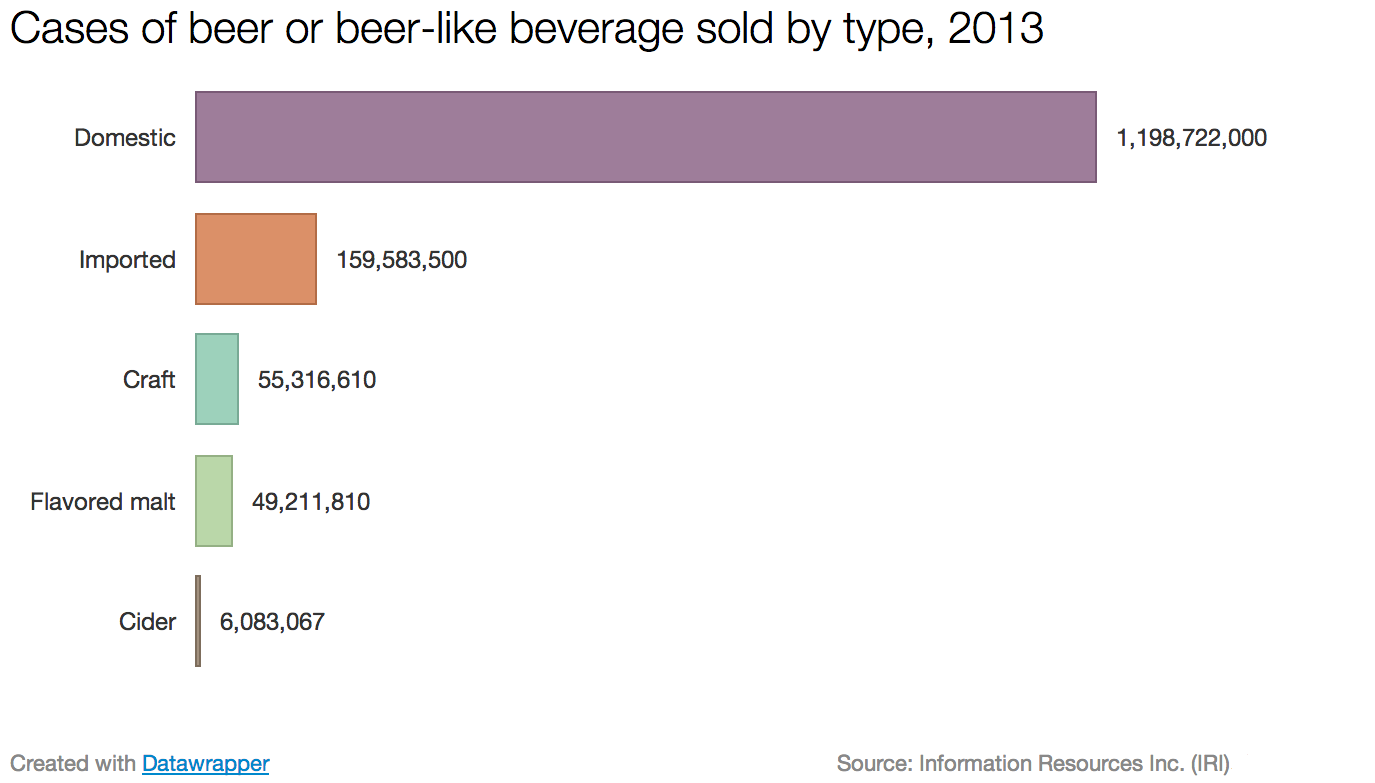 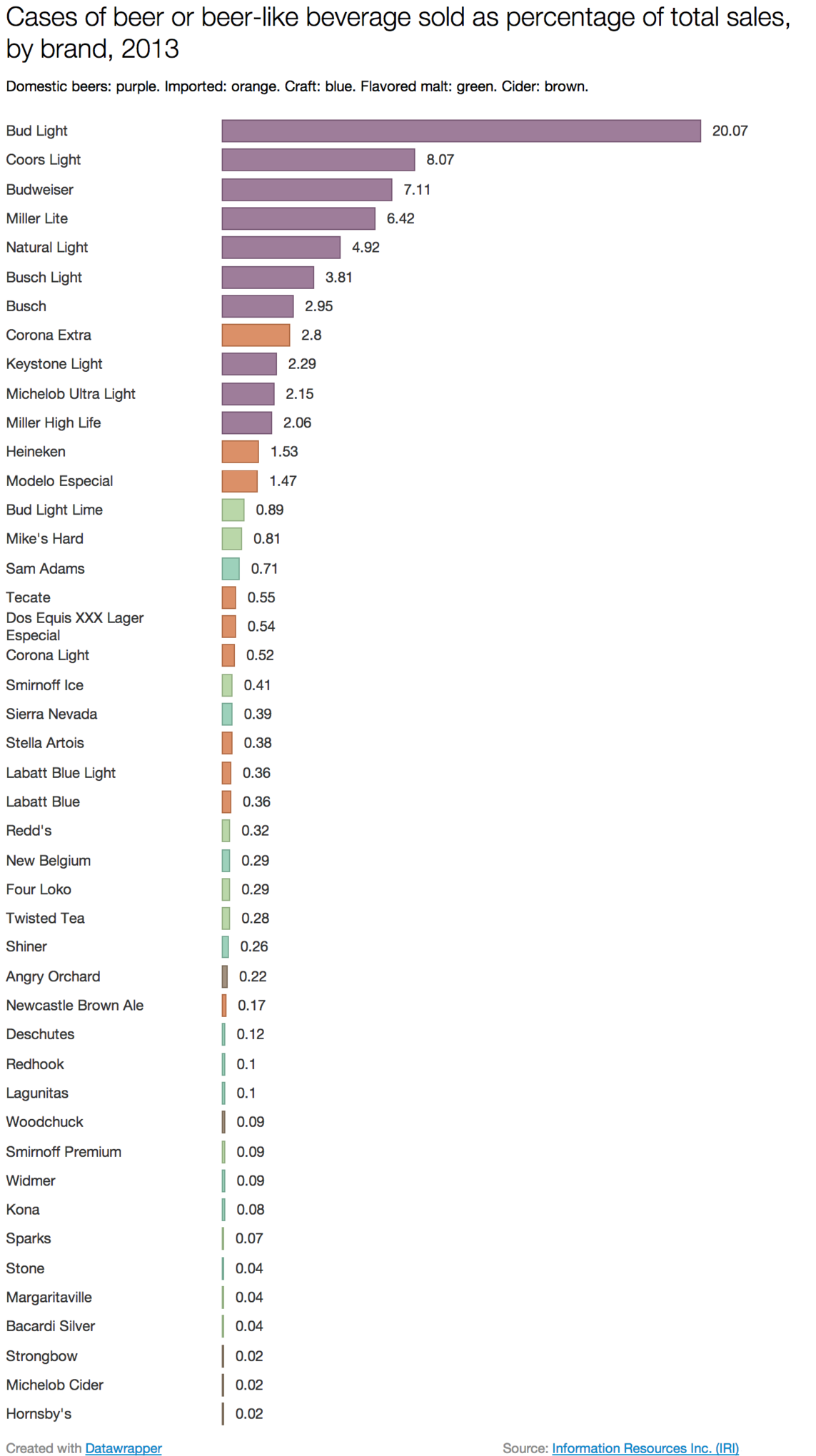 Thanks to The Atlantic's John Tierney for pointing out the data.