Share All sharing options for: The uninsured rate is falling three times faster in states that like Obamacare

States that embraced Obamacare are seeing a much faster decline in their uninsured rate, Gallup announced Wednesday.

The polling firm's data shows states that set up their own exchanges and expanded Medicaid had their uninsured rate fall by 2.5 percent, compared to a 0.8 percent drop in states that have opted out of at least one of the health law programs. 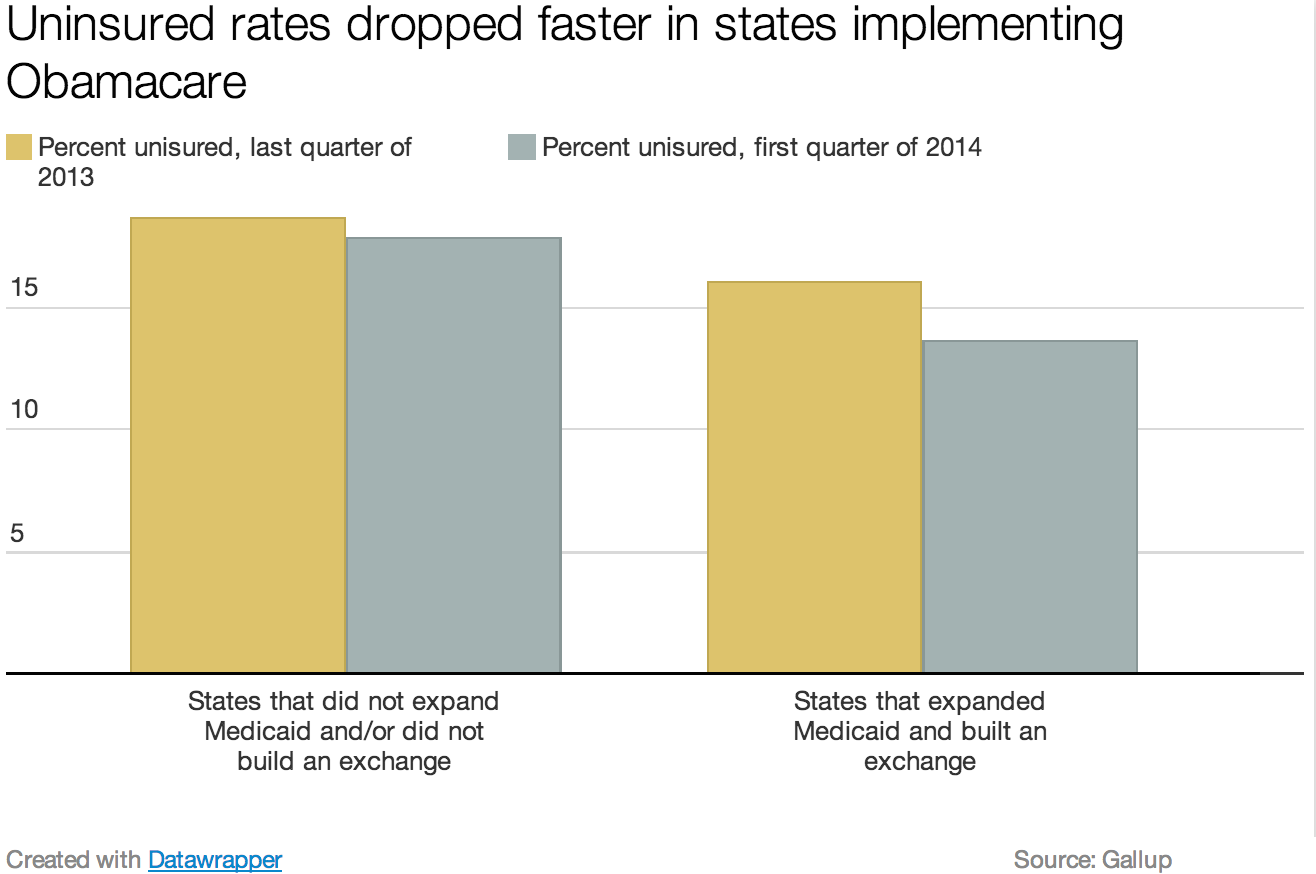 Separate federal data has shown that states expanding Medicaid have had faster growth in the public program than those that have opted not to participate. States that do not expand Medicaid essentially leave those in poverty in a coverage gap because they are too poor to qualify for the private insurance subsidies offered to people above the poverty line.

State decisions about whether to build an exchange also appear to have played a role. Tracking data from the Kaiser Family Foundation shows that states building their own exchanges have reached a greater portion of the people eligible to shop on the marketplace than those relying on the federal Healthcare.gov. website. The four states that have signed-up the greatest percent of those eligible for coverage – Vermont, Rhode Island, Connecticut and California – all built their own exchanges.