France likes cheating, Egypt is cool with divorce, and other things the world believes about sex and marriage

Share All sharing options for: France likes cheating, Egypt is cool with divorce, and other things the world believes about sex and marriage

The Pew Global Attitudes Project has a new survey out asking residents of forty countries what they think on eight hot button moral issues. Luckily for us, those forty countries constitute most of the world's land area, for easy mapping. They asked about gambling and alcohol (the latter is basically a test of whether a given country is majority Muslim) but it was mostly sex stuff.

Europe, Australia, Canada, and Chile like sex before marriage

Unsurprisingly, there's a lot of disagreement about premarital sex, with African and Asian countries (aside from Korea and Japan) expressing more disapproval:

Argentina's more accepting of gay people than the US

Same goes with homosexuality; the big difference between the two maps is Russia, which is split on premarital sex (much like the US) but really not fond of gay people:

China's more accepting of abortion than the US

Views are split on abortion as well, though some of the results are surprising. I had no idea that South Korea's views on the subject diverged so strongly from Japan and China's; the latter countries are fairly accepting of abortion, while 65 percent of those South Koreans who gave an answer said they think it's unacceptable: 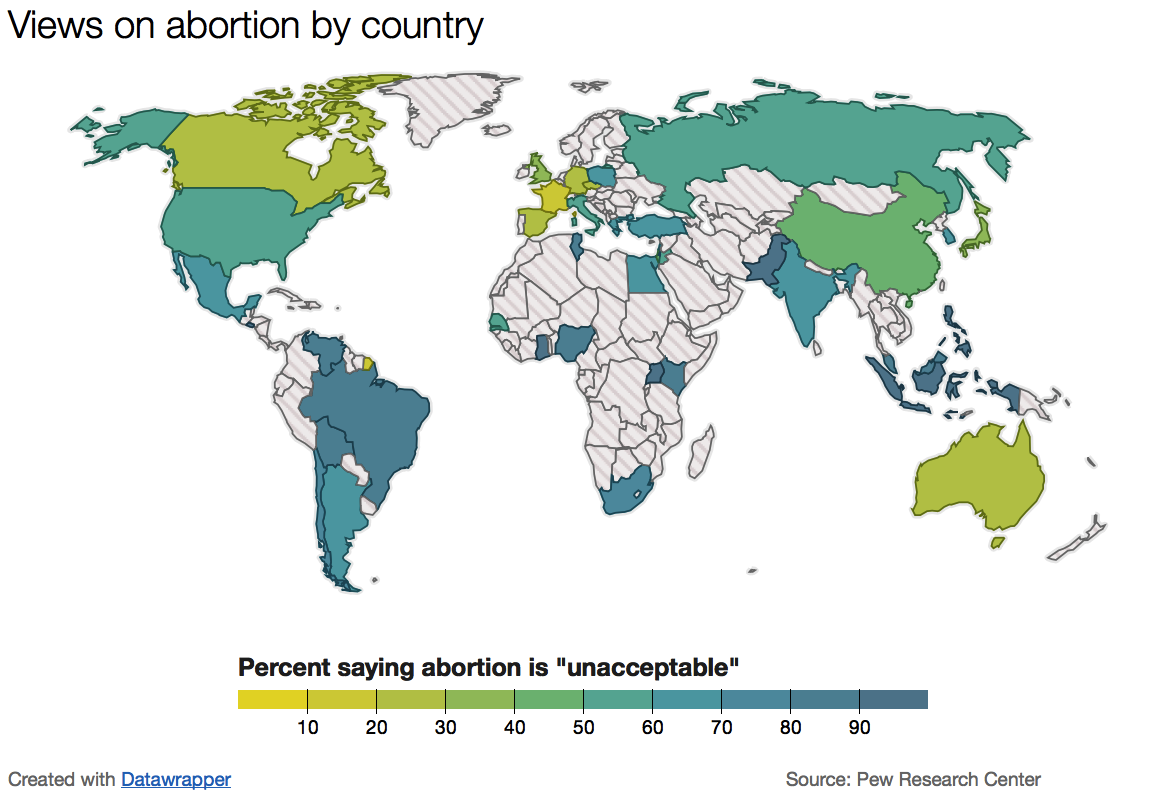 Divorce is slightly less polarized, with disapproval concentrated in Africa, South Asia, and Southeast Asia (and Bolivia, for whatever reason). Egypt stands out compared to other Muslim countries, especially nearby Tunisia; in Tunisia, about 55 percent of respondents giving an answer disapproved of divorce, compared to only 8 percent of Egyptians giving an answer. That's also considerably lower than the U.S. figure (24 percent). 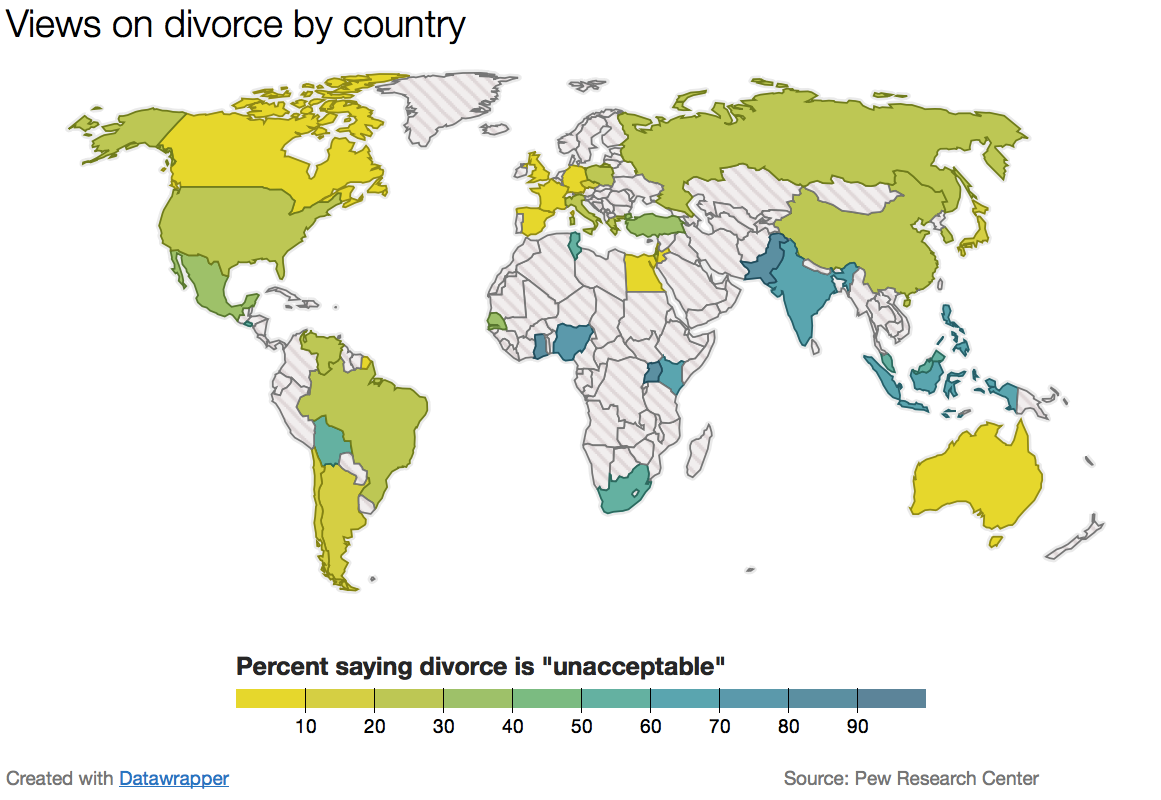 France is cool with cheating on your spouse

But there are some points of harmony. Basically everyone thinks it's not cool to cheat on your wife. The only country surveyed where a majority did say cheating is acceptable was France; there, about 47 percent disapproved, 12 percent approved, and 40 percent said it's not a moral issue at all. 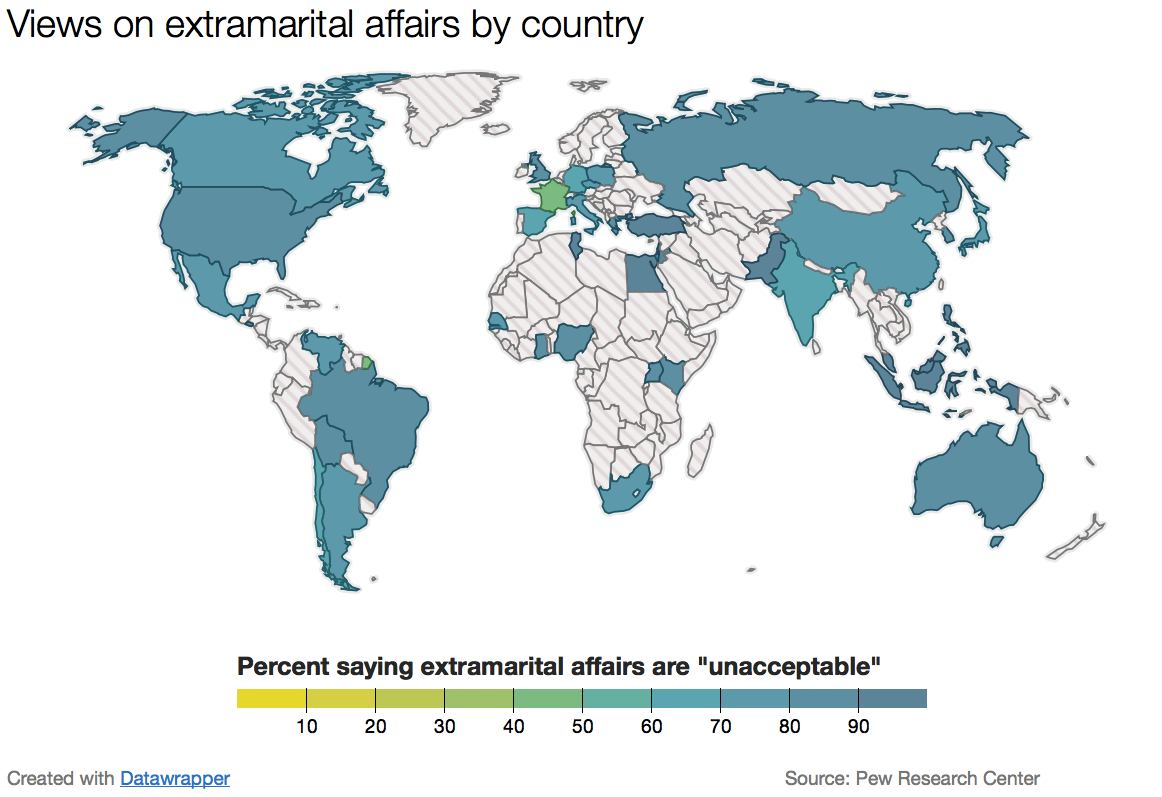 And the world is surprisingly unanimous in its acceptance of contraceptives. Pew also found that in the US, views on the topic did not differ much based on political allegiances (Hobby Lobby aside). 8 percent of Republicans find contraceptives morally unacceptable, compared to 6 percent of Democrats and 7 percent of Independents: 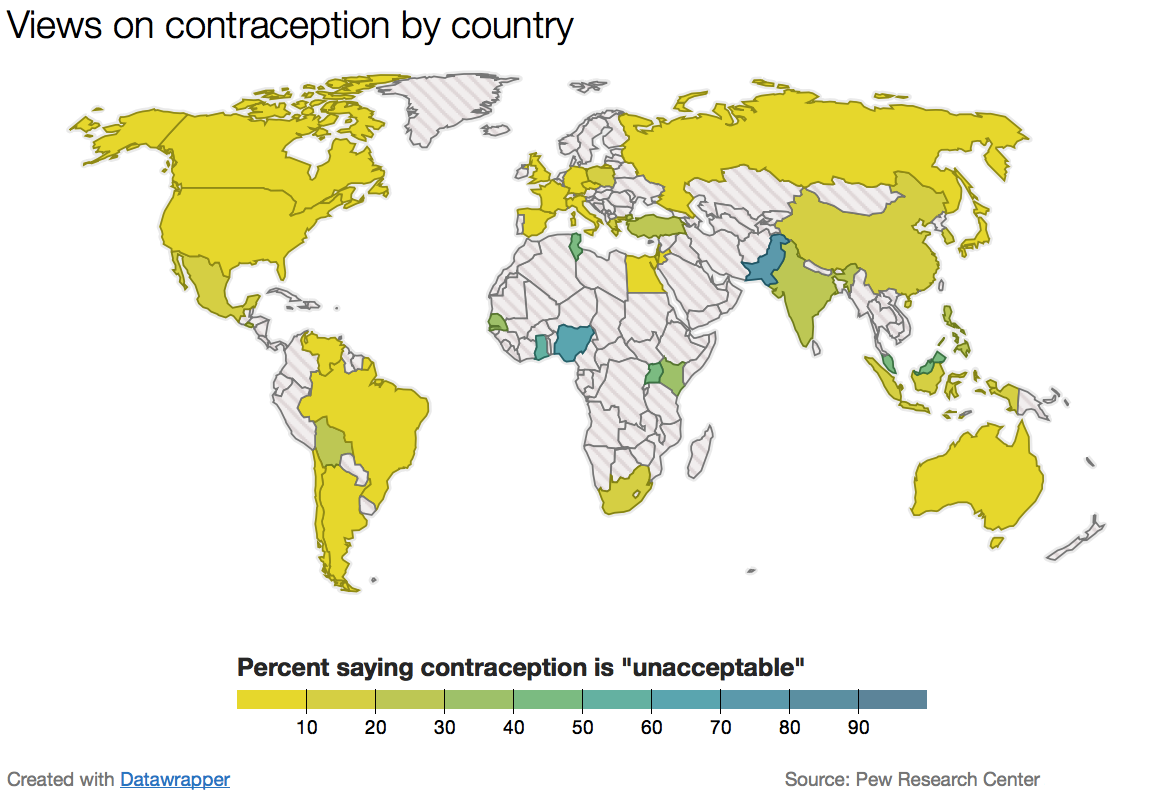