Everything you need to know about librarians

Share All sharing options for: Everything you need to know about librarians

Today is both Librarian Day and part of National Library Week so why not take a look at how librarians are doing in America.

The median librarian earns $55,690 which is above the national median of $46,440 but well below the median $63,400 earned by people with master's degrees. Slightly over 0.1 percent of employed Americans are librarians.

When I think of the word "librarian" my local public library comes to mind. But it turns out that more librarians are working in high school and elementary school libraries than in the public libraries for adults. Throw in various institutions of higher education and it's clear that schools are where the librarians are: 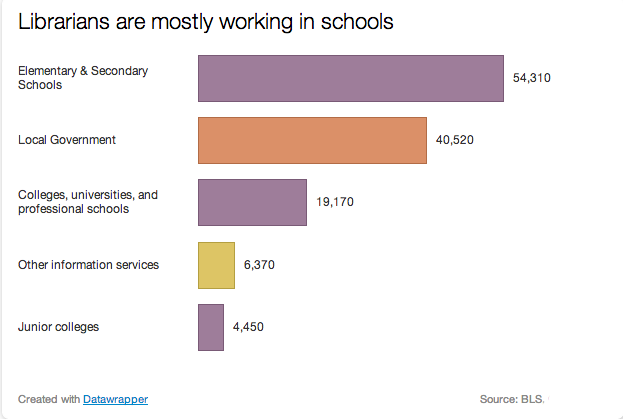 Other Information Services, incidentally, is a somewhat mysterious government category that includes web-native publishing companies like Vox Media but also different kinds of archival firms. Schools also pay their librarians better than local governments do. The median annual salary for a school librarian is $59,560 (and more in college) to just $51,940 for a local government librarian.

But if you really want to make bank in the library game, you need to get a job with the federal government: 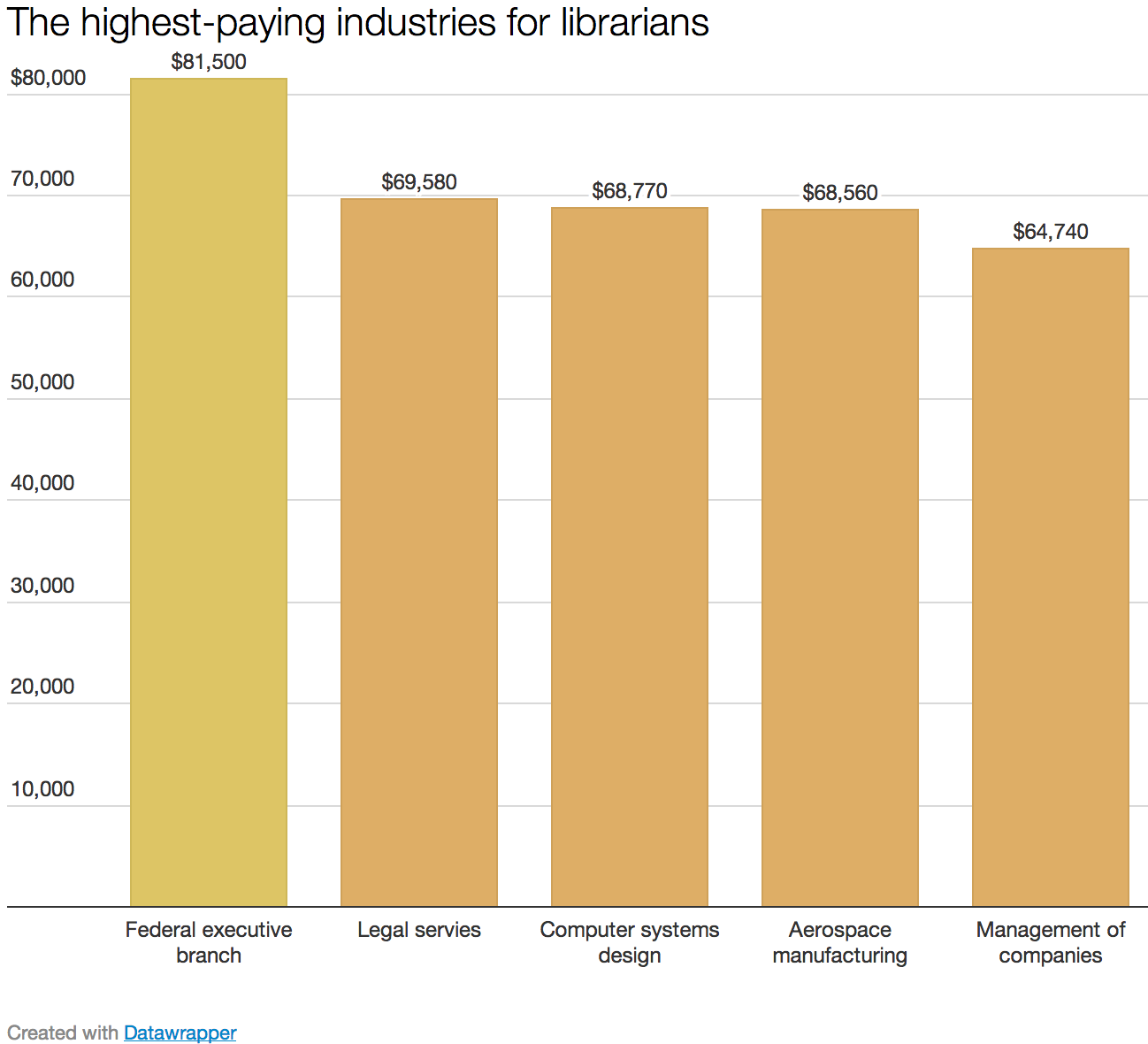 There is also some interesting regional variation in librarians. California has the most people, but New York has the most librarians. In fact, even Texas has more librarians than California. More generally, here's a map of the location quotient of librarians — a BLS measurement that looks at which states have an unusually large number of librarians relative to the total size of their workforce: 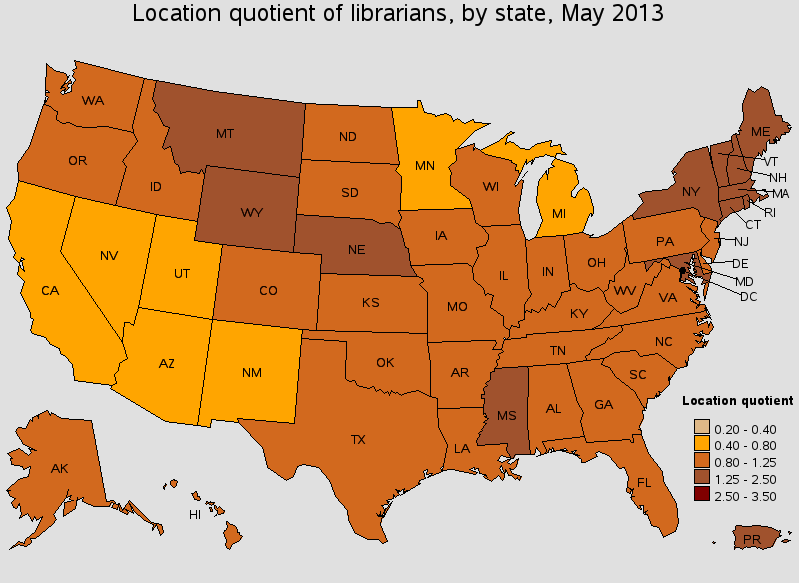 The southwest hates librarians and the northeast loves them. Mississippi is a perhaps surprising hotbed of librarians.
Looking forward, the BLS expects the number of librarians to grow about 7 percent over the next decade which is considerably slower than the average profession.