Americans are drinking less soda than we used to, but the drinks we're replacing it with aren't much healthier. And US soda consumption is going to have to drop a lot more for the nation to truly do away with its love of sugary drinks.

Yes, US soda consumption is down

It's definitely true that Americans are drinking less soda.

The most recent Beverage-Digest found carbonated drink consumption in 2013 dropped by 3 percent, nearly double of the 1.6 percent drop in refreshment beverages overall. The drop spans across both diet and full-calorie drinks. 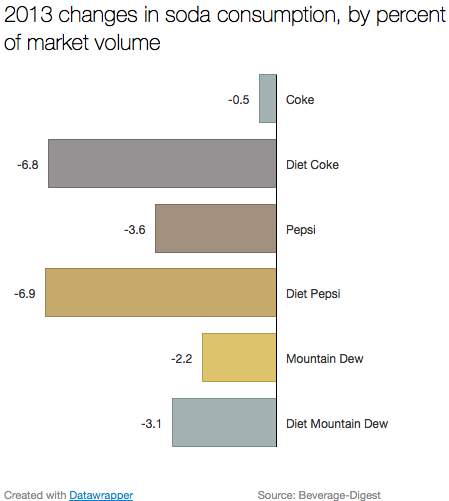 A 2013 report from Credit Suisse backs the claim up. The report found sweetener deliveries to the USA beverage industry are dropping as a share of the overall sweetener market. 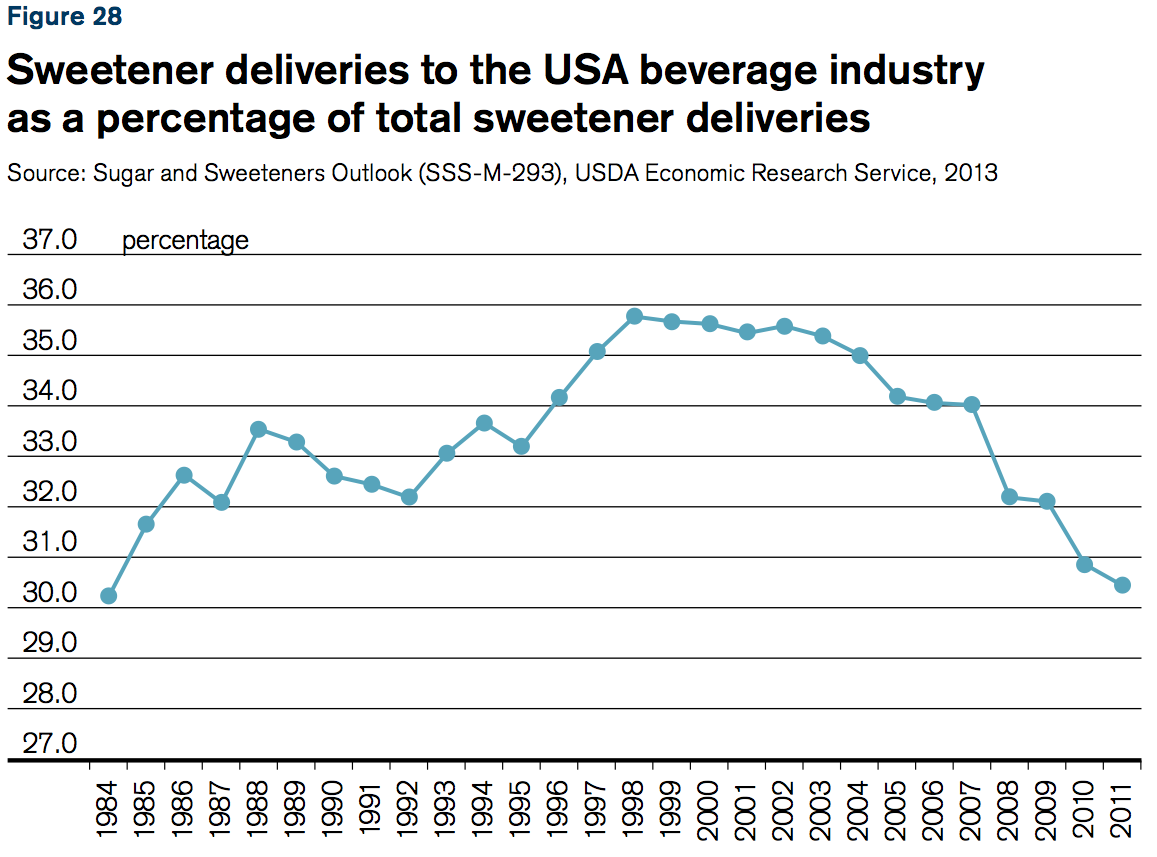 Why is sugary drink consumption dropping? The Credit Suisse report points to better information, as a result of better public awareness and education campaigns: "There is a growing perception — not completely wrong as we discussed — that caloric soft drinks have been responsible for some of the health issues mentioned before. This perception is stronger among people of higher education or higher income."

Instead of soda, Americans are drinking a lot more energy drinks and bottled water

The Beverage-Digest's report shows that, as soda companies' share of the carbonated beverage market goes down, energy drink companies are seeing a boom. 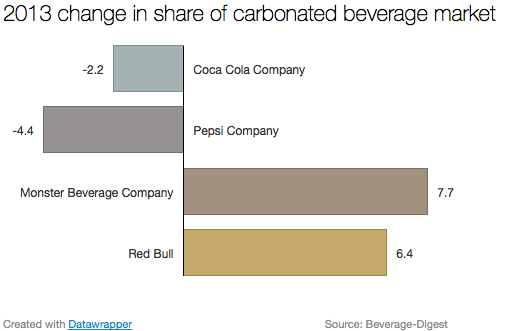 Unless you work at Red Bull or Monster, there's very little reason to celebrate these stats. Energy drinks tend to have similar levels of sugar as Coke and Pepsi, so they're just as bad for you as traditional sodas. 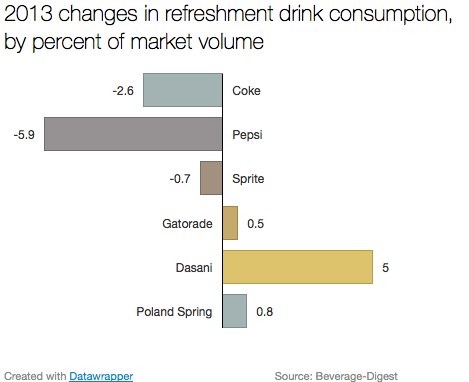 Even though the trend is going in a healthier direction, the Credit Suisse report shows Americans still really love their soda. In fact, the US sticks out as the biggest outlier on the report's graph for annual soda consumption. 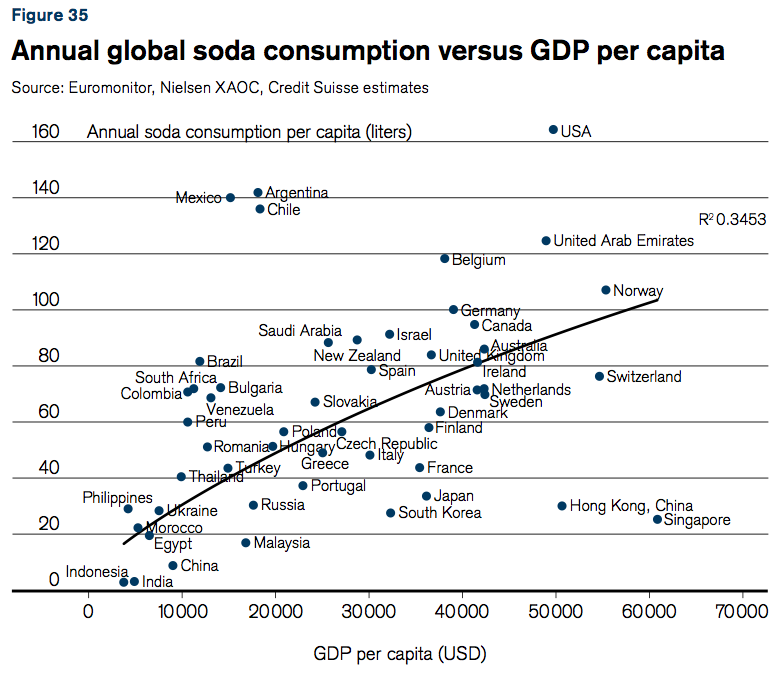 And even if soda consumption has fallen a bit, it still dominates the beverage megabrands. 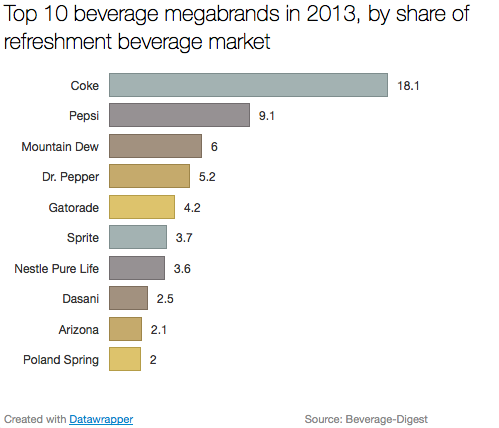 There's no single, clean explanation as to why the US is so far ahead of its peers in this regard. But if federal officials want to bring drown US soda consumption further, the Credit Suisse report points to taxes on soft drinks as one possibility: "If the sole objective is to reduce the consumption of full-calorie soft drinks, one does not need to reinvent the wheel. Tobacco and alcohol provide relevant test cases, and unequivocally show that, in both cases, taxation has been able to affect consumption on the downside."

New York City explored another possibility: banning large sodas altogether. But the ban is currently held up in the courts, after lower courts deemed the ban unconstitutional.

In-line with New York City's struggles, Credit Suisse acknowledges some of the challenges its proposed approach would face. With powerful consumer and lobbying groups behind the soda industry, it could prove difficult to enact any kind of legislation at the federal — or even state — level.