The Charles Koch Institute is using social media to boost a conversation about the impact of prison on racial minorities. 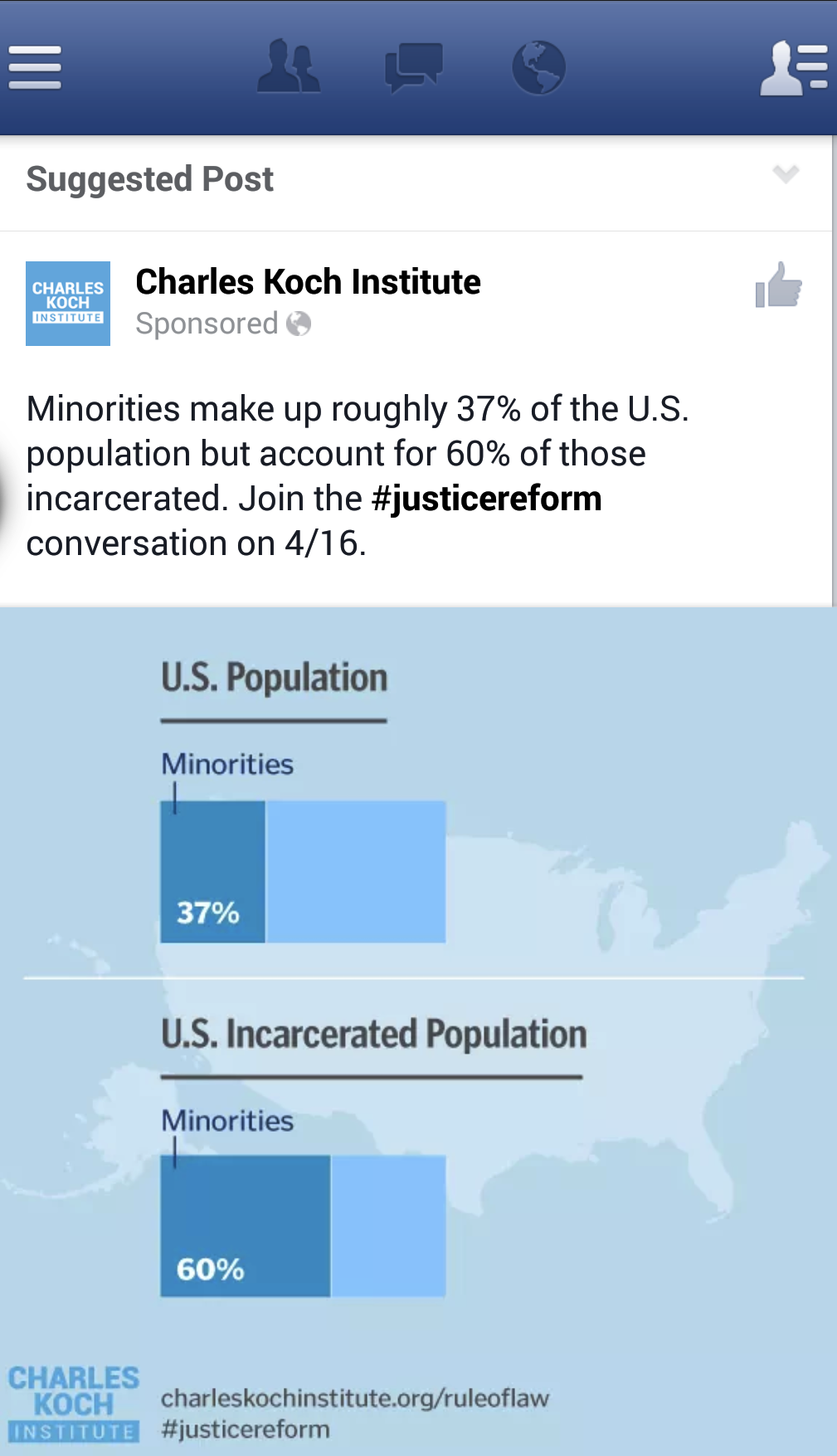 It promotes a forum happening Wednesday night in Austin, Texas, called "How the Criminal Justice System Impacts Well-Being." The panel features Gary Bledsoe, the president of the Texas NAACP, and will be moderated by Andrew Kirell, the editor-in-chief of Mediaite. They'll be livestreaming the event here.

According to the teaser on the Charles Koch Institute site, the panel will discuss why the United States has "only 5 percent of the world’s population but about 25 percent of its known prison population."

The last few years have seen a growing push for criminal justice reform, particularly from conservative corners — including fiscal conservatives like the Koch brothers. The director of Families Against Mandatory Minimums, a group working to reform mandatory minimum sentencing laws for nonviolent offenses, says that Charles' brother, David Koch, is a longtime supporter of the group.

However, most of the conservative support for prison reform has focused on the money states can save by closing prisons and shortening sentences, or on the Christian need to show mercy to prisoners. The NAACP and other civil-rights organizations who have been calling for prison reform have emphasized the unfair burden that the criminal-justice system puts on African-Americans and Latinos — but that isn't an argument that's typically been heard among conservative reformers. That's why it's interesting that the Kochs are leading with the impact on minorities when promoting this event.

Indeed, the NAACP and the Kochs have clashed on a number of other issues over the years. For instance, in 2011, when the groups fought over voting rights, some NAACP chapters called the Koch brothers "enemies," and wrote in newsletters that "the Koch brothers have a long history of fighting civil rights." Now, an NAACP chapter president will sit down at a Koch-sponsored event to discuss minorities in the prison system.