We’re almost out of money for roads

Share All sharing options for: We’re almost out of money for roads

The Department of Transportation offered an update on the state of federal transportation funding today and the news is grim: we'll be out of money for roads by August. This particular stream of federal spending is governed by trust fund accounting rules that are pegged to gasoline tax receipts. The problem is that the gas tax was set at 18.4 cents per gallon back in 1993, and in the ensuing 20 years inflation has eroded its value quite a bit. Meanwhile, cars kept getting more fuel efficient. In recent years, people started driving a bit less too.

The trust fund structure kept highway spending afloat for a while, but now the worm is about to turn since in August there will be no money left and by law this kind of project can't be deficit financed: 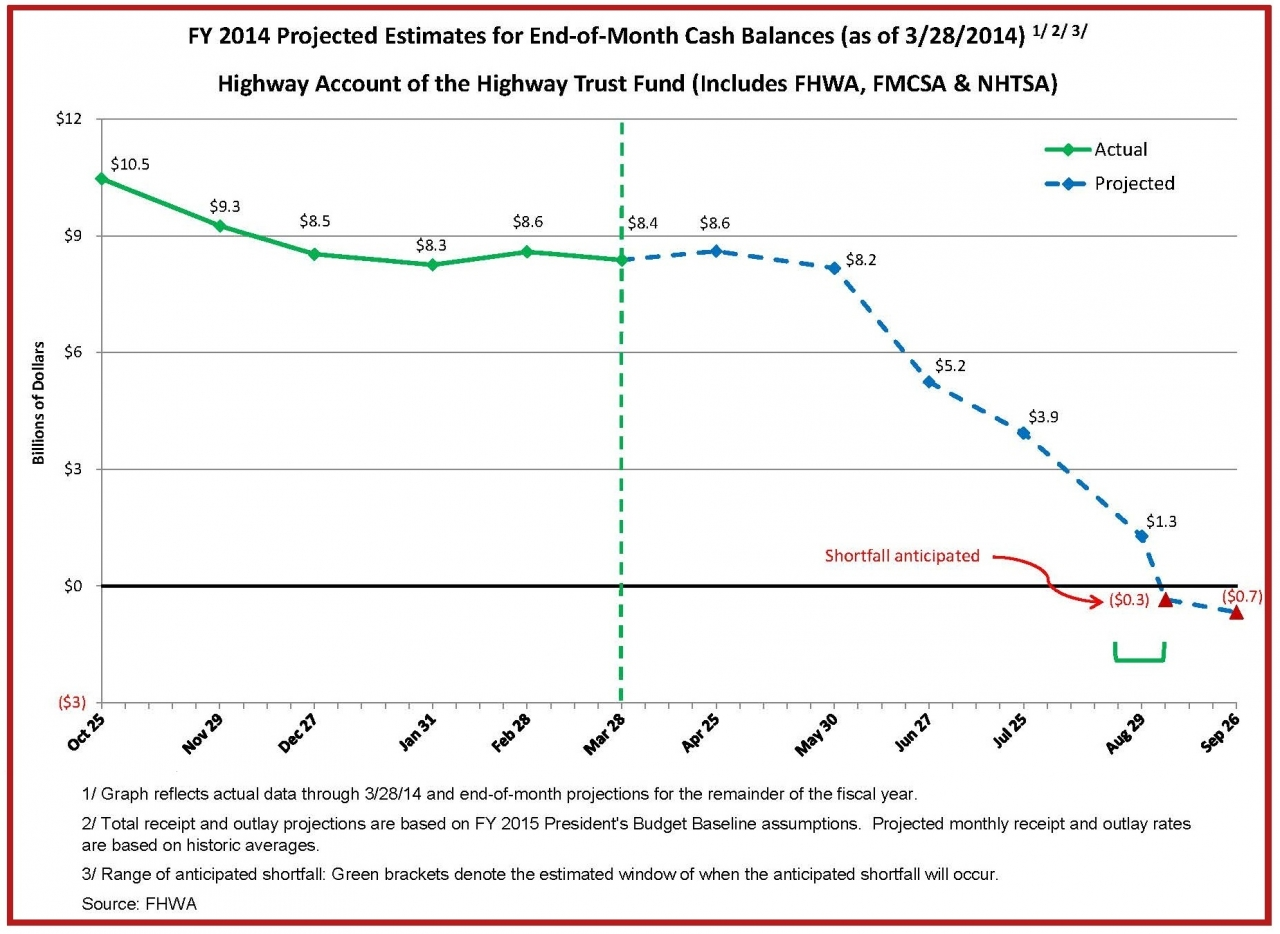 The Obama administration has proposed addressing this by closing some corporate tax loopholes to generate extra money. Republicans are being a bit cagey and say that they want to see the transportation infrastructure shortfall offset by spending cuts elsewhere, but haven't said which cuts. The considerably smaller mass transit funding stream isn't reaching the imminent crisis point quite as soon, but its revenue is also tied to the gas tax so the basic problem will recur.

It is entirely possible that congress will pull together a stopgap measure some time in May or June or July. The problem for state transportation officials is that they have to start planning now for what people are going to be doing this fall. In other words, projects are already being disrupted.

The greater tragedy here is that there are two perfectly good options available. One would be to raise the gasoline tax, and peg it to inflation in the future. The other would be to just borrow the money. Interest rates are very low right now. The economy is depressed. Borrowing money to hire unemployed people to construct public works would be a great bargain for the long term.