How not to visualize America's changing demographics

Share All sharing options for: How not to visualize America's changing demographics

There is no doubt that the ethnic composition of America has changed a lot over the past few decades and is set to keep changing. And at around 9:30 AM this morning, NBC News gave us a deeply confusing look at that fact: 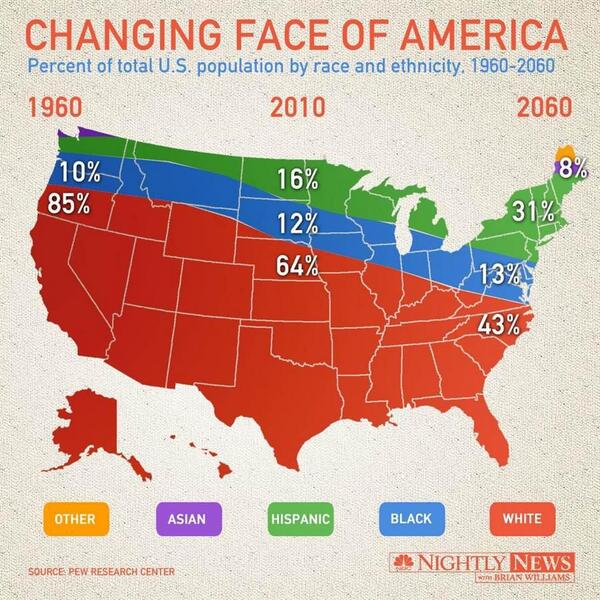 The Asian population vanished in 2010, but by 2060 there will be lots of Asians living in central Maine? 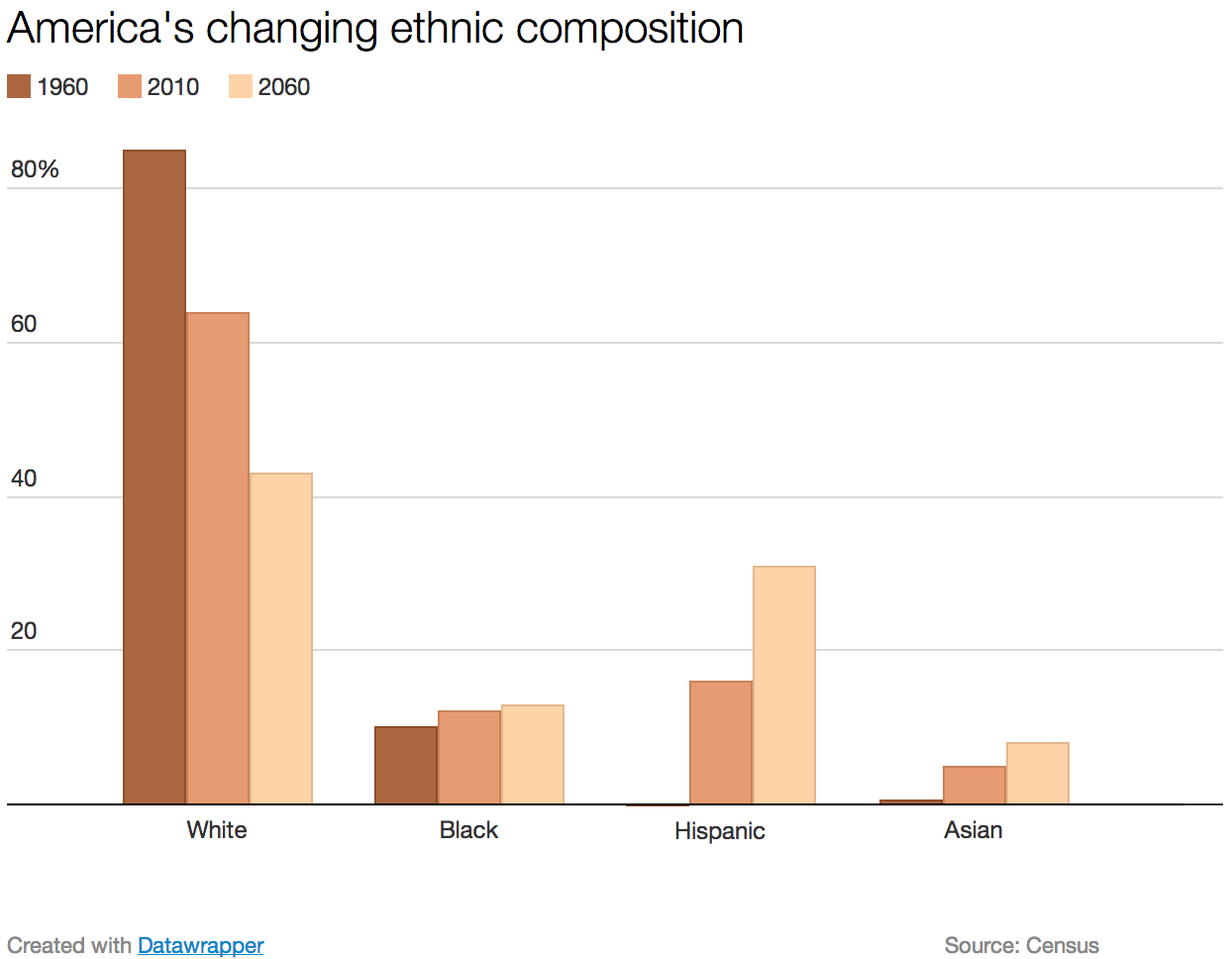 One nuance here is that the Census Bureau did not attempt to measure Hispanic identity back in 1960. That only emerged as a survey category in the 1970 Census.