Share All sharing options for: China's rise is making your burger more expensive

It's awful timing, really, considering that grilling season is about to start. Beef is at its highest price since 1987, the AP reported over the weekend, retailing for around $5.28 per pound. Drought is one major reason for the price spike, as herd sizes dwindled during last year's scorching summer. But one more constant pressure on global beef prices is the ratcheting up of demand from China.

Why are the Chinese falling in love with T-bone steaks? One, because they're delicious (the T-bones). But two, because the Chinese can increasingly afford meat. A fast-growing Chinese economy has propelled its per capita GDP upward, meaning a higher standard of living for many citizens. The below chart shows China's per capita GDP in constant, 2005 dollars. 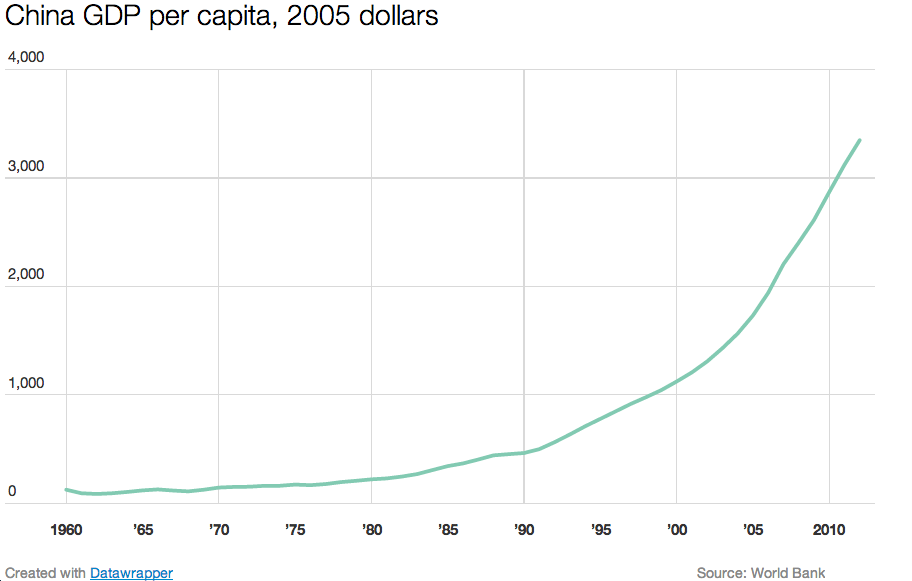 China's current per capita GDP of $6,100 may not sound large to most Americans, but consider that when adjusted for inflation, the measure more than doubled between 2002 and 2012. That kind of growth would be outrageously fast in the US, where per capita GDP grew by 9.8 percent over that same period.

As a rapidly developing Chinese economy moves people into the middle class, their tastes are changing. Wealthier, more urban Chinese are increasingly eating meat, and their appetites have pushed their meat consumption up. By comparison, US beef consumption has flattened and started to fall off. 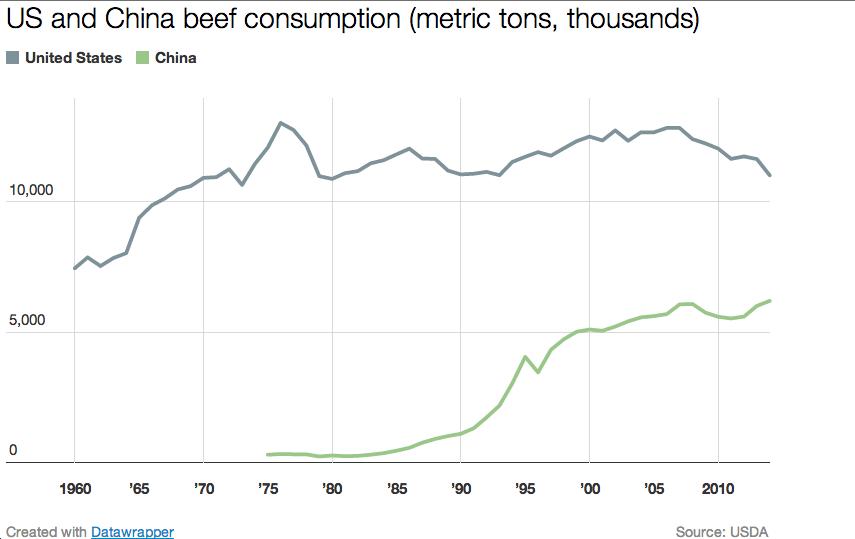 Growing demand for beef in China means more imports of beef. The amount of beef that China imports has skyrocketed. 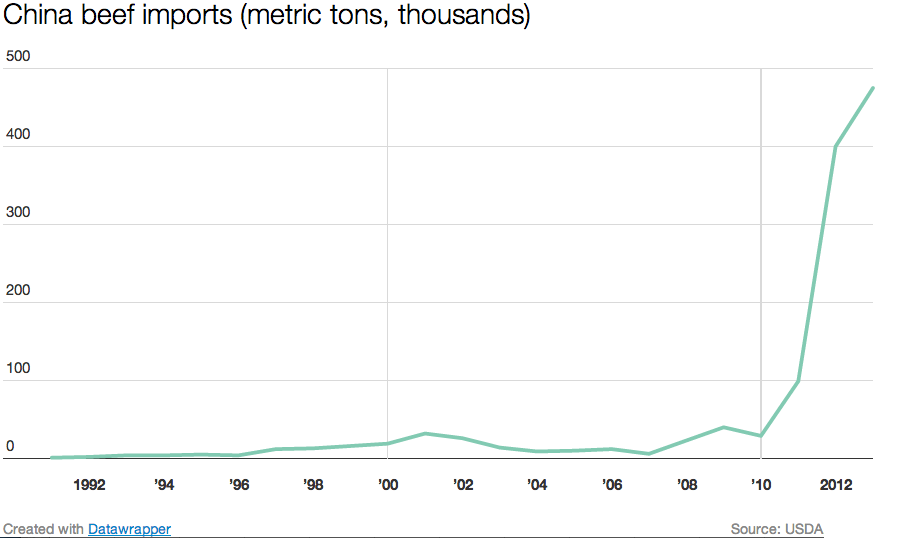 Interestingly, this still has ripple effects on US beef prices, despite the fact that US beef is banned in China. China doesn't trust the US beef supply, thanks to four cases of bovine spongiform encephalopathy — known to most people as mad cow disease — since 2003. But beef is a globally traded commodity, and Chinese demand keeps upward pressure on prices globally. And when weather catastrophes like droughts thin out US herds, that exacerbates the situation.

"The big picture is US supplies are declining," says Kevin Good, senior analyst at CattleFax, a beef industry data and analysis firm. He adds that beef demand is booming not just in China but what he calls the "greater China area," including Hong Kong and Vietnam. "You've got flat supplies and growing demand" globally, he says.