Share All sharing options for: 6 charts on how America has changed since the last season of Mad Men

The final season of Mad Men starts tonight, and is thought to be set in 1970. One of the pleasures of the show has always been enjoying a qualitative look at how much the country has changed over the past generation or two. But we can also examine that question quantitatively. For example, back in 1970 a 12.5 Mhz computer would have cost you $4.6 million (today you couldn't even find a computer that slow for sale) but a year's in-state tuition at a public university could be yours for $478.

These six charts show some other ways we've changed. 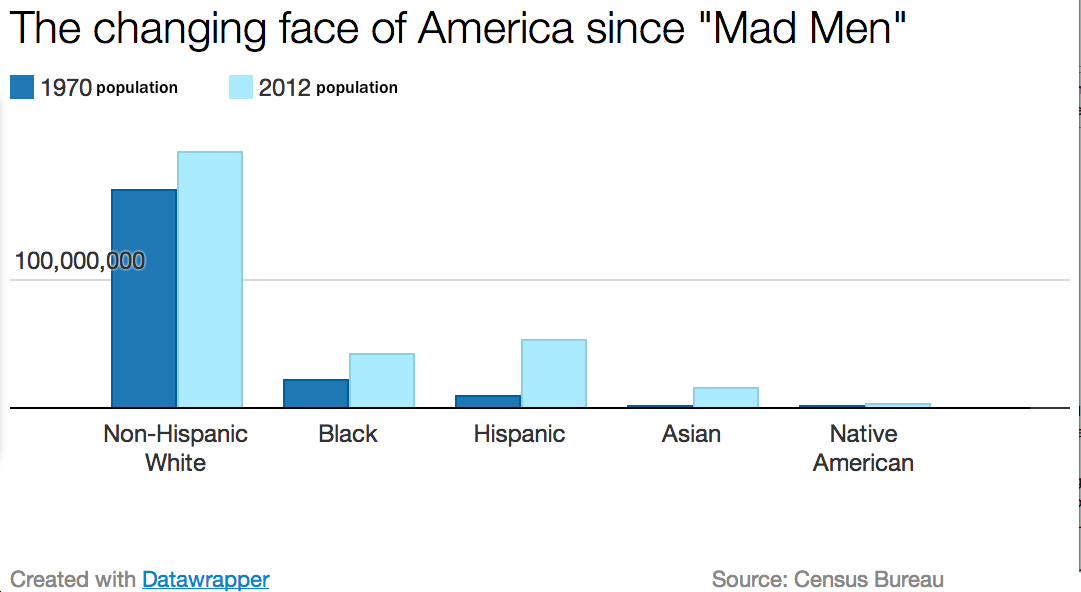 The show dwells at least a little bit on race relations and the civil rights era. But as you can see, it's not just attitudes that have changed, it's the actual composition of the country. The black population has grown at a faster rate than the overall population, the Hispanic population has grown so fast that it's actually risen more in absolute terms than the non-Hispanic white population, and the Asian share has exploded from its previously very low level.

2) We've all moved to warmer places 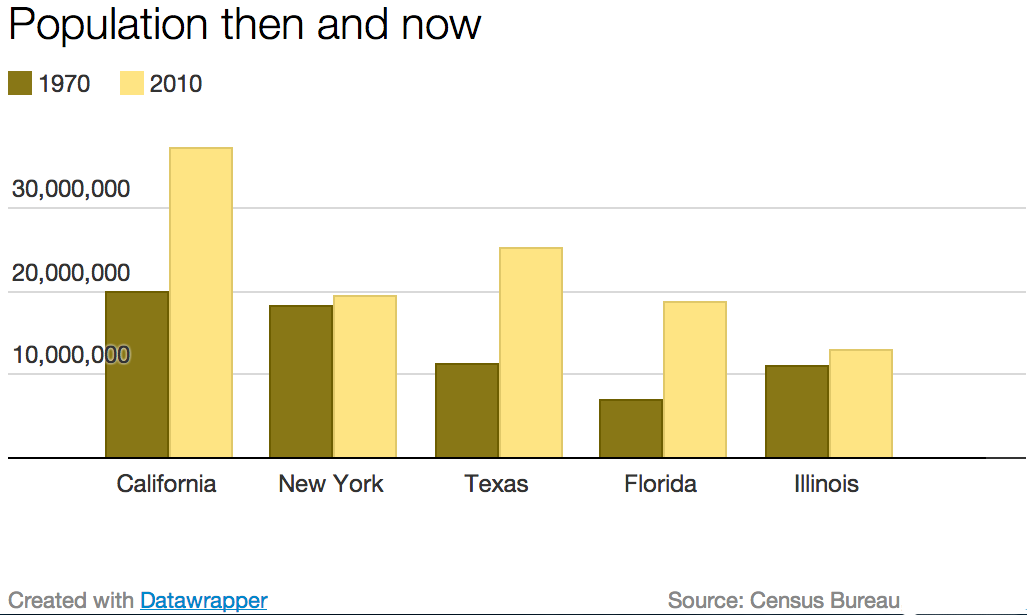 We also live in different places than we used to. The populations of large cold states such as New York and Illinois have barely increased since 1970. But warmer states, ranging from liberal California to conservative Texas to sharply-divided Florida have grown massively in the interim.

3) We've all moved to bigger houses 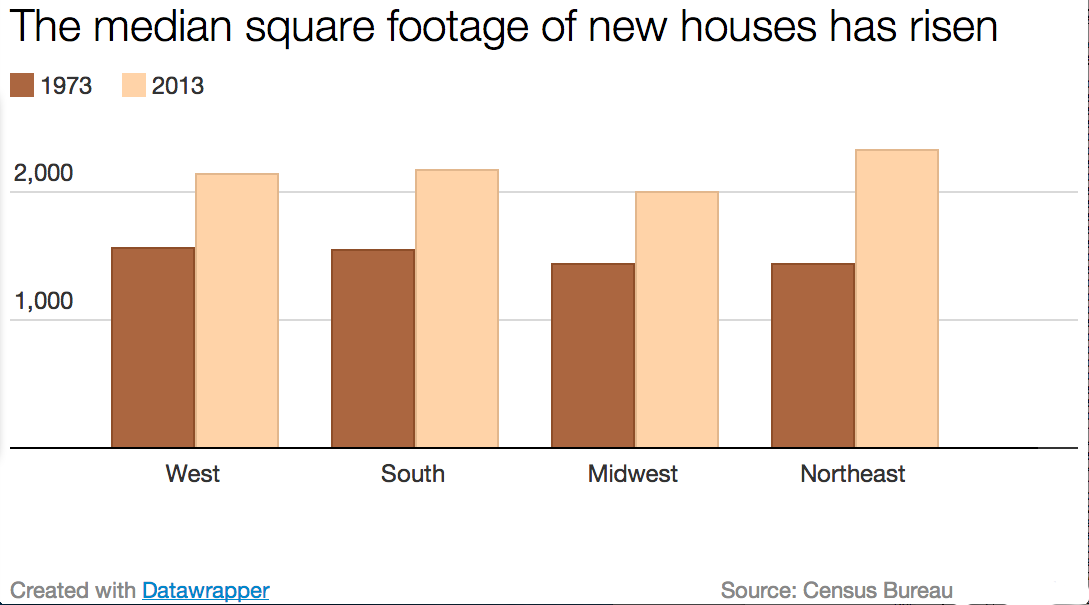 While the geography of the population has changed, the size of the homes we live in has risen. And it's risen across the board — McMansions aren't just a Sunbelt phenomenon. The Northeast region actually has the biggest new houses in America (though it also has a lot of older housing stock), probably because it still has the highest incomes.

4) We have a big joblessness problem 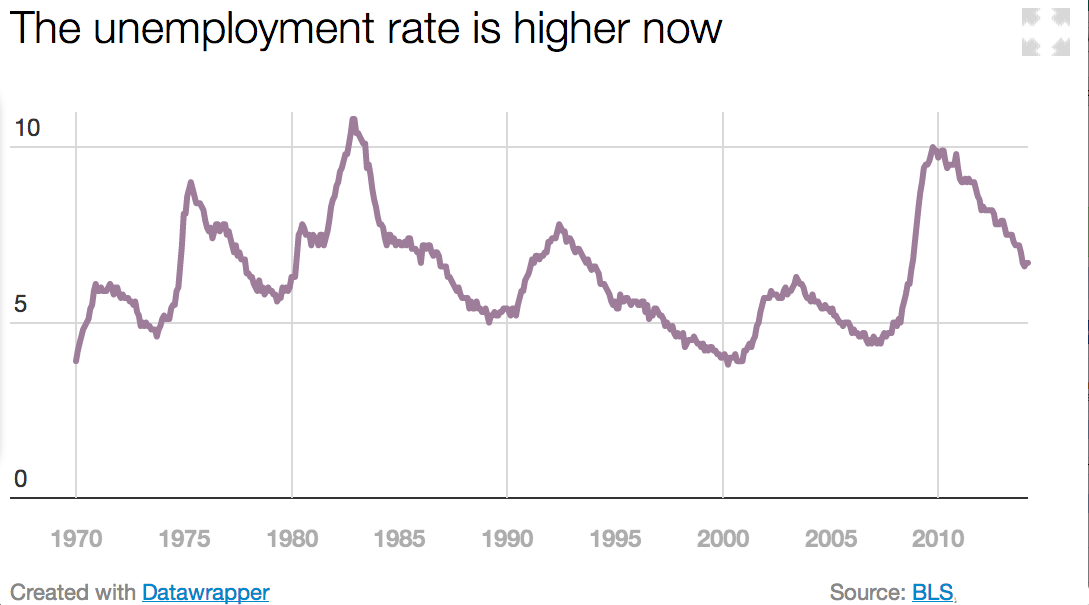 Throughout the duration of the show, Mad Men has portrayed a very happy time for the American labor market when the unemployment rate was consistently low and wages rose strongly. The joblessness rate in 1970 was about as low as it was in the midst of the crazy bubble years of 1999-2000. Except it wasn't a crazy bubble. That's just how things were throughout the 1960s boom. 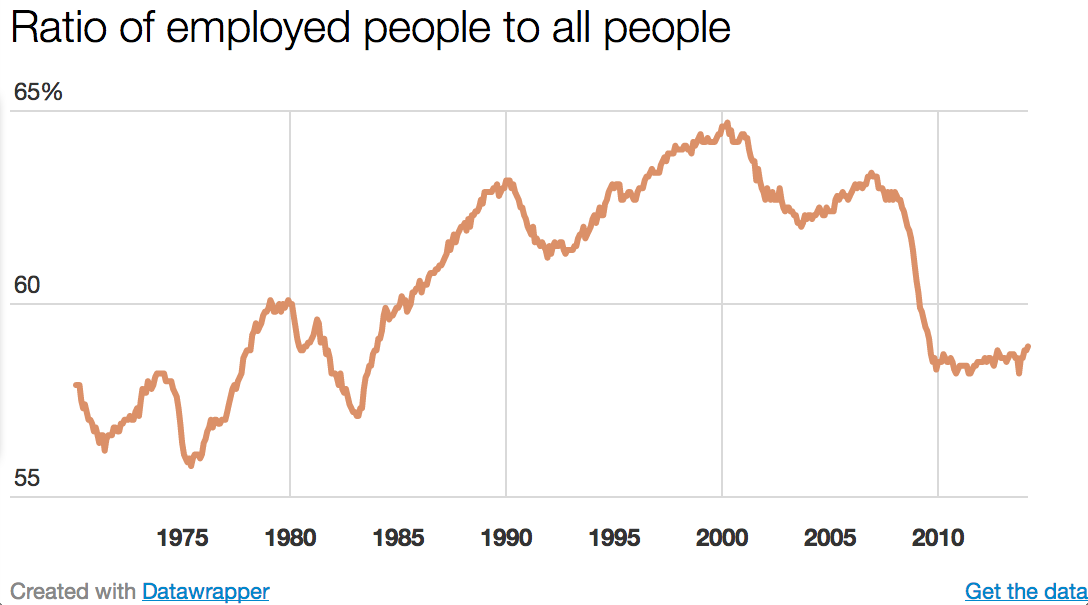 Notwithstanding the low unemployment rate of 1970 and the weak labor market today, a somewhat higher share of the population has a job right now than was the case 44 years ago. The ratio of employed Americans to all Americans peaked around the end of the Clinton administration and has been hit hard during the last two downturns.

6) Gender roles in the workplace have changed enormously 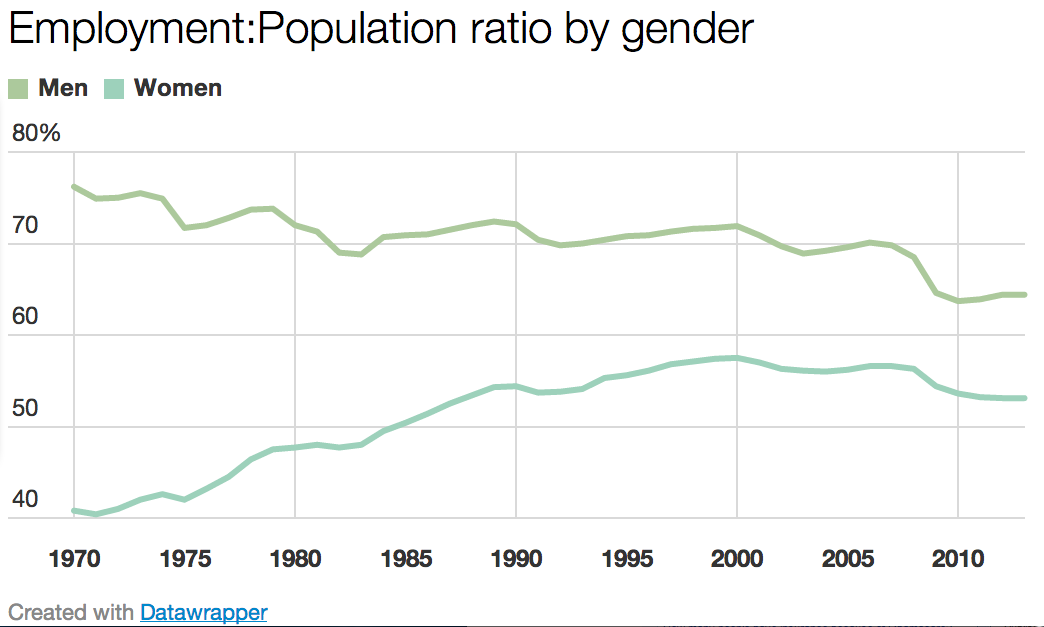 A major theme of the show is the ongoing transition in gender roles in America, especially as they relate to the workplace. You can see that loud and clear in the decomposition of the employment:population ratio by sex. A much larger share of the female population has a job today than was the case in Don Draper's era, but a much smaller share of the male population is working. Some of that decline in male work is today's high unemployment rate, some of it is the aging of the population (more retired people), some of it is increased incarceration, some of it is more stay-at-home dads, and some of it is a long-term trend toward a higher disability rate.