Share All sharing options for: European Central Bank hints more monetary stimulus may be on the way

Whatever the failings of the American economy and of US policy elites over the past 5-6 years, we've been consistently more aggressive than our counterparts in the eurozone in fighting unemployment. This weekend, though, we finally got a sign that European Central Bank leaders are open to doing some additional monetary stimulus.

What does that mean? 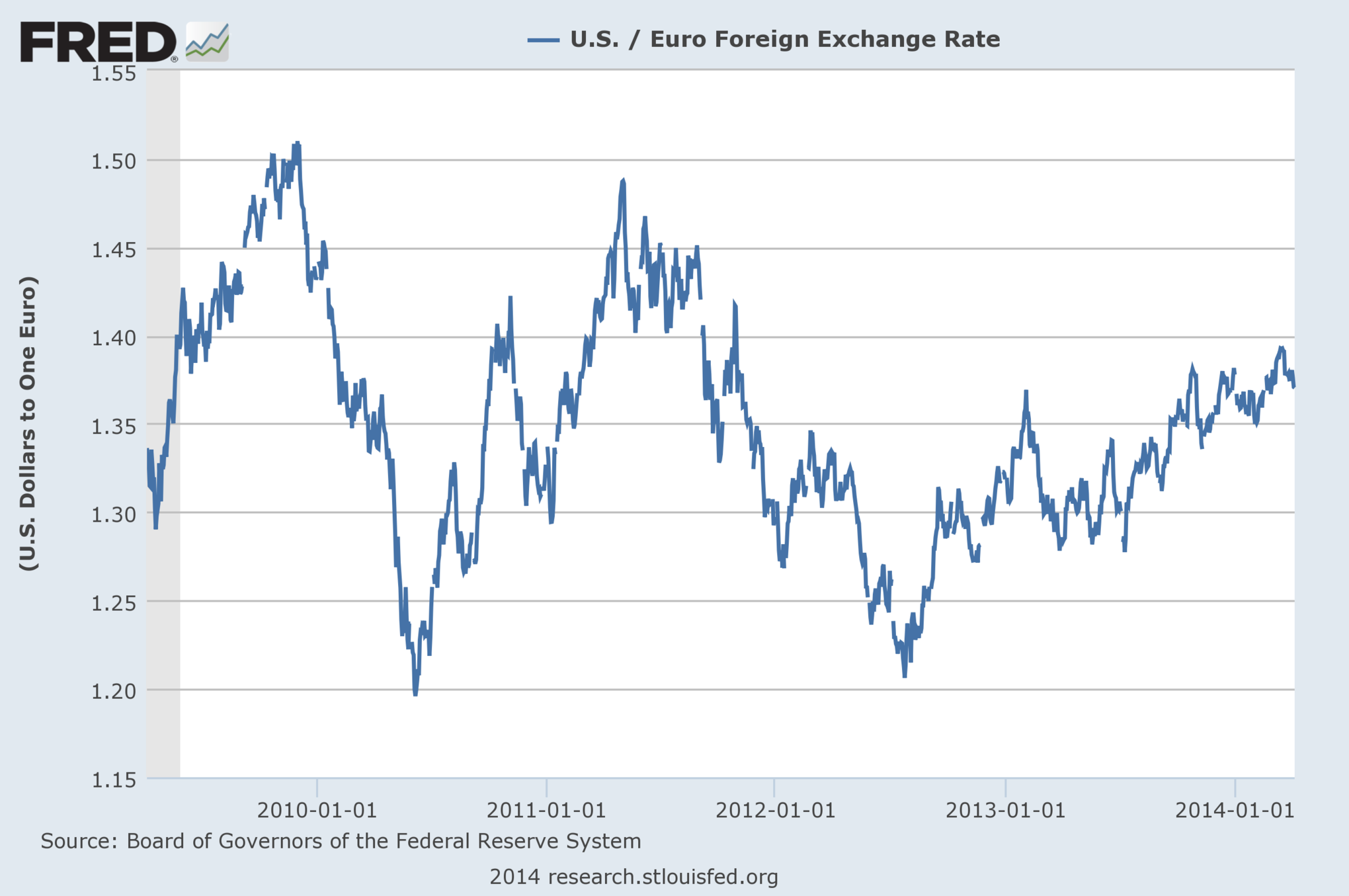 Draghi is looking at the fact that the price of one euro, relative to one dollar or other major global currencies, has been going up recently. That increase has a number of consequences. One is that it makes it cheaper for Europeans to buy foreign-made stuff or to take foreign trips. Another is that it makes it more expensive for foreigners to buy European-made stuff or to visit Europe. In sunnier economic circumstances, those could be welcome trends (buying cheap foreign-made stuff is fun) but given the very high unemployment rates prevailing in many European countries it mostly serves to make it harder to re-employ all the jobless people.

Another consequence is that it keeps inflation low, since the pricier the euro is the cheaper the euro-denominated prices of stuff are.

That, again, could be welcome in happier economic times. But low inflation that's driven in part by mass joblessness isn't such a happier story. And in the particular context of Europe's debt problems, lower inflation makes it harder for indebted countries to pay what they owe.

If banks have funds that they're not lending, those funds will be subjected to a tax

What could the ECB do?

Like any central bank looking to stimulate a genuinely depressed economy, the ECB has a number of options: