Here’s why scientists just published the recipe for superflu

Share All sharing options for: Here’s why scientists just published the recipe for superflu

A few years ago, a researcher took the deadly bird flu, turned it into a highly contagious version, and then tried to publish how he did it. The ensuing controversy delayed the publication of his paper for six months.

This week, his group is back with a perfected recipe: the minimum number of mutations needed to make bird flu spread between mammals easily. Wondering why someone would do such a crazy thing? Do read on.

What is bird flu?

This is not your run-of-the-mill seasonal flu. The bird flu we're talking about is H5N1, which the world started freaking out about in the early 2000s when it started jumping from poultry to people in Asia. It seems to be very deadly, killing about 60% of the 650 people who have had their cases confirmed by medical experts. (However, it's currently impossible to get actual mortality rates because there could be a lot of people who never seek medical help or never get properly diagnosed.)

IT KILLED ABOUT 60% OF PEOPLE WITH KNOWN INFECTIONS

However, H5N1 doesn't spread from person to person through the air. You can't catch it from a cough or sneeze, like seasonal flu. That's one of the main reasons that transmission between humans is very rare. H5N1 mutates quickly, though, so experts are concerned that it could become more contagious — and then a pandemic.

Why did they make the virus more contagious? 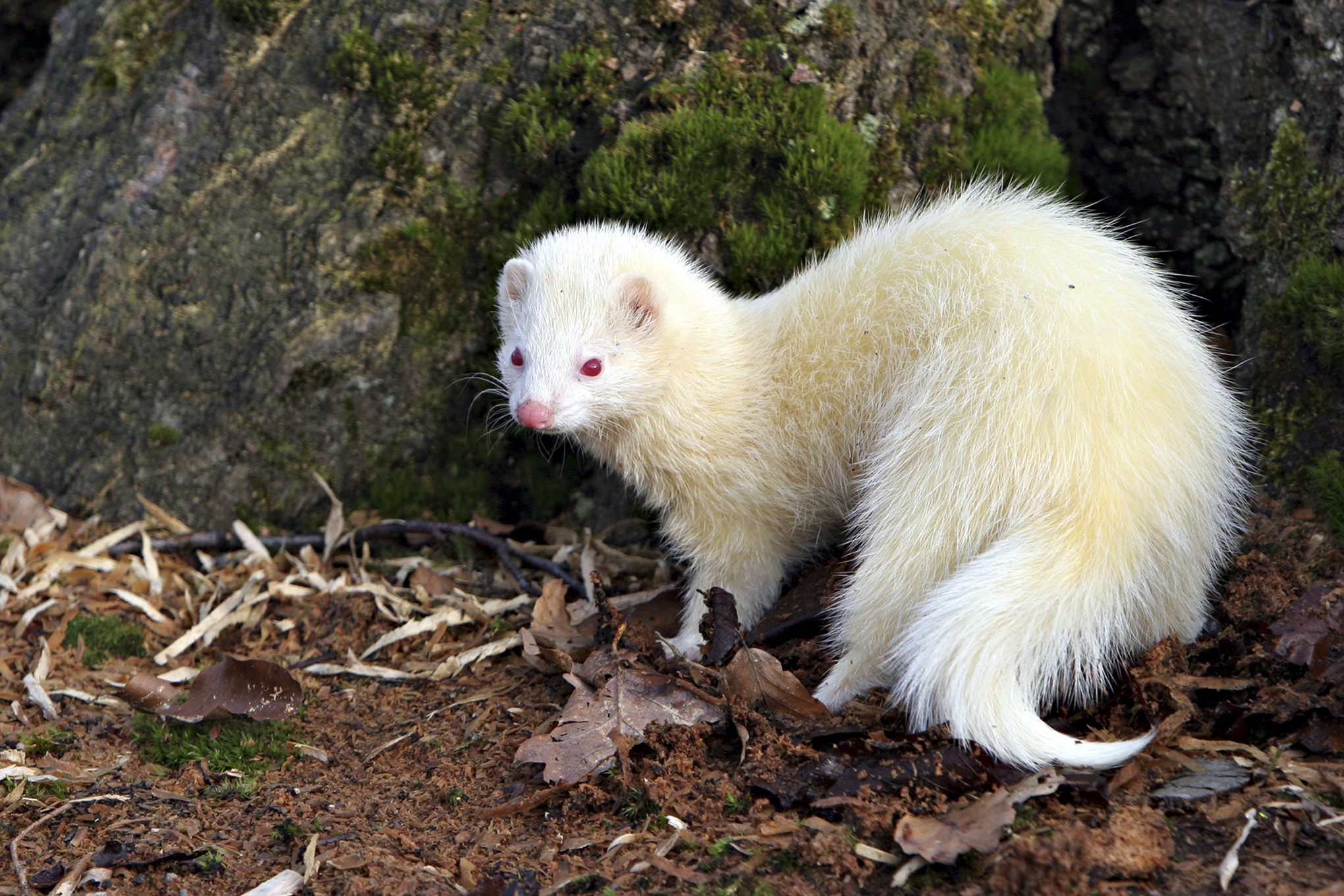 Scientists want to understand how dangerous H5N1 might become through natural mutations so that they can evaluate what risk it poses and how it could be stopped.

Ron Fouchier, a Dutch virologist, was studying H5N1 in ferrets, which are a good lab model of how flu spreads in people. He was using nasal fluid to transfer a slightly mutated H5N1 virus from ferret to ferret. After 10 transfers, the virus had mutated enough that it started hopping from one animal to another through the air. He had created an airborne version of H5N1.

Even scarier, the various new strains had only nine new mutations each, which means it could happen in nature pretty easily. (A later scientific evaluation would declare the virus as found naturally in the wild today to be "a potentially serious threat" and its probability of acquiring the necessary mutations "likely.")

That the experiments were even done in the first place was controversial. (People quoted Fouchier calling the experiments "really, really stupid," but he says that he meant that the methods were simple, not a bad idea.) Then scientists, including Fouchier, entered a voluntary moratorium on research that makes H5N1 more transmissible in mammals. It lasted from January 2012 until January 2013.

Why did they make the recipe public? 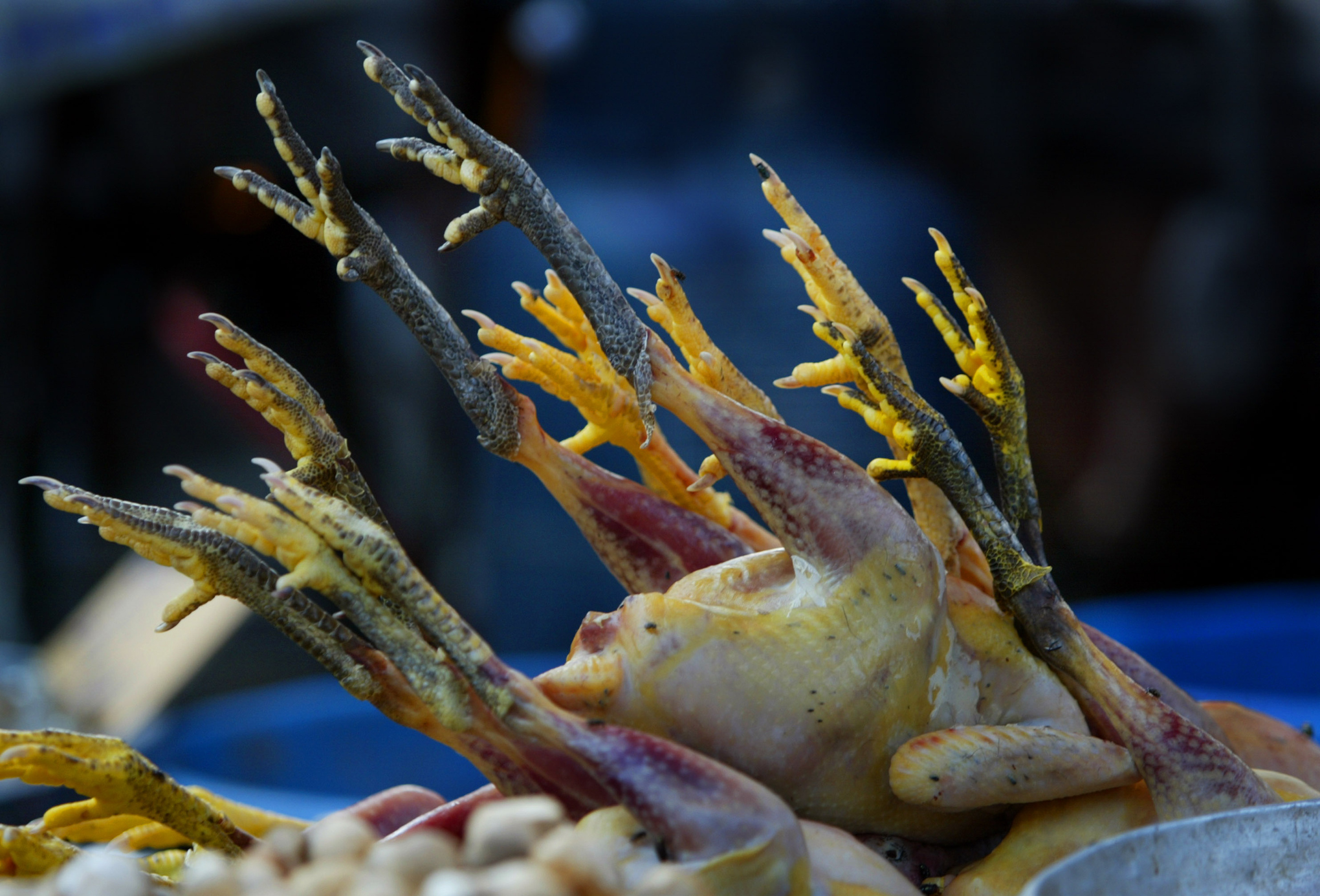 Chicken on sale in a market in Bangkok,Thailand, which has had issues with bird flu. Paula Bronstein/Getty Images

There's some precedent here. The 1918 flu and smallpox genomes, among others, are freely available. And the 1918 flu shows why it might be worth it. Publishing that genome led to hundreds of papers across the world and to the insight that our current seasonal flu vaccines work against it.

But why not share sensitive information only among scientists? Because no one has the list of names. Science is an open, informal network of people. No international board determines who's a scientist. And you can certainly practice science in the US without a license — because there is no such license at all.

Scientists on the whole welcome collaboration and interdisciplinary work, which means that restricting access to a subset of researchers meets with serious resistance. (Plus, many have noted that it's likely that information would leak past the initial group of people who had been officially approved, so the real question is to publish to everyone or no one.)

THE ATTITUDE IS TO SPREAD SCIENTIFIC INFORMATION FAR AND WIDE, WITH THE TRUST THAT PROGRESS WILL FOLLOW

On the whole, the attitude is to spread scientific information as far and wide as possible, with the trust that progress will follow. Implementation of this has gotten even stronger recently with the open access movement, leading both the US and EU to require that research papers generated with public funds be publicly available for free, even if they are published in privately owned journals.

As for H5N1, the release of Fouchier's research has become a long and dramatic saga. He initially discussed some of it at a scientific conference. Then, in 2011, the US National Science Advisory Board for Biosecurity asked, for the first time in its seven-year history, for two scientific journals to voluntarily censor certain details in two H5N1 papers — one of them Fouchier's — so that someone reading the papers couldn't replicate the virus. (The research had been financed by a federal US research grant.) The journals were under no legal obligation to follow the recommendations, but still cooperated.

Some experts said that the information should be revealed ASAP, so that researchers could study the mutated H5N1 and be better prepared for an epidemic. Others were concerned that non-experts and terrorists could make the virus or that it could escape from the lab. The controversy was so high-profile that Time magazine named Fouchier in the world's 100 most influential people of 2012.

In February 2012, the UN's World Health Organization convened its own panel, which reached a consensus on a preference to fully disclose the papers. "In light of the continuing evolution of H5N1 viruses," it said, "the results of these studies provide an important contribution to public health surveillance of H5N1 viruses and to a better understanding of the properties of these viruses."

THE CASE IS IN THE COURT OF APPEAL IN AMSTERDAM

It also stated that given the urgency of the public health issues, figuring out how to release the information to only certain people would take too long (because it would require navigating complex international and national laws) and was therefore "not viable," although a possibility in the future.

Then, in March 2012, the US panel reversed its decision. In its statement, it mentioned that "global cooperation, critical for pandemic influenza preparedness efforts, is predicated upon the free sharing of information and was a fundamental principle in evaluating these manuscripts."

It cited two reasons for its new stance: new evidence about how much the information could help international disease surveillance and that the data wouldn't immediately "endanger public health or national security." Part of the change may have come from the panel clarifying that the virus was less lethal in ferrets than it had initially thought.

But it wasn't over yet. The Dutch government sued Fouchier, requiring him to get a license to export information that could be used to create weapons. He finally received the permit and published the research in Science in June of 2012, while still fighting the need to have a permit in court. (As of November 2013, the case is in the Court of Appeal in Amsterdam.)

After getting a second export license, he published his most recent findings in the journal Cell in the spring of 2014. This paper shows that changing only five genes allows airborne transmission between mammals and then characterizes the function of each gene.

Could terrorists easily replicate it? 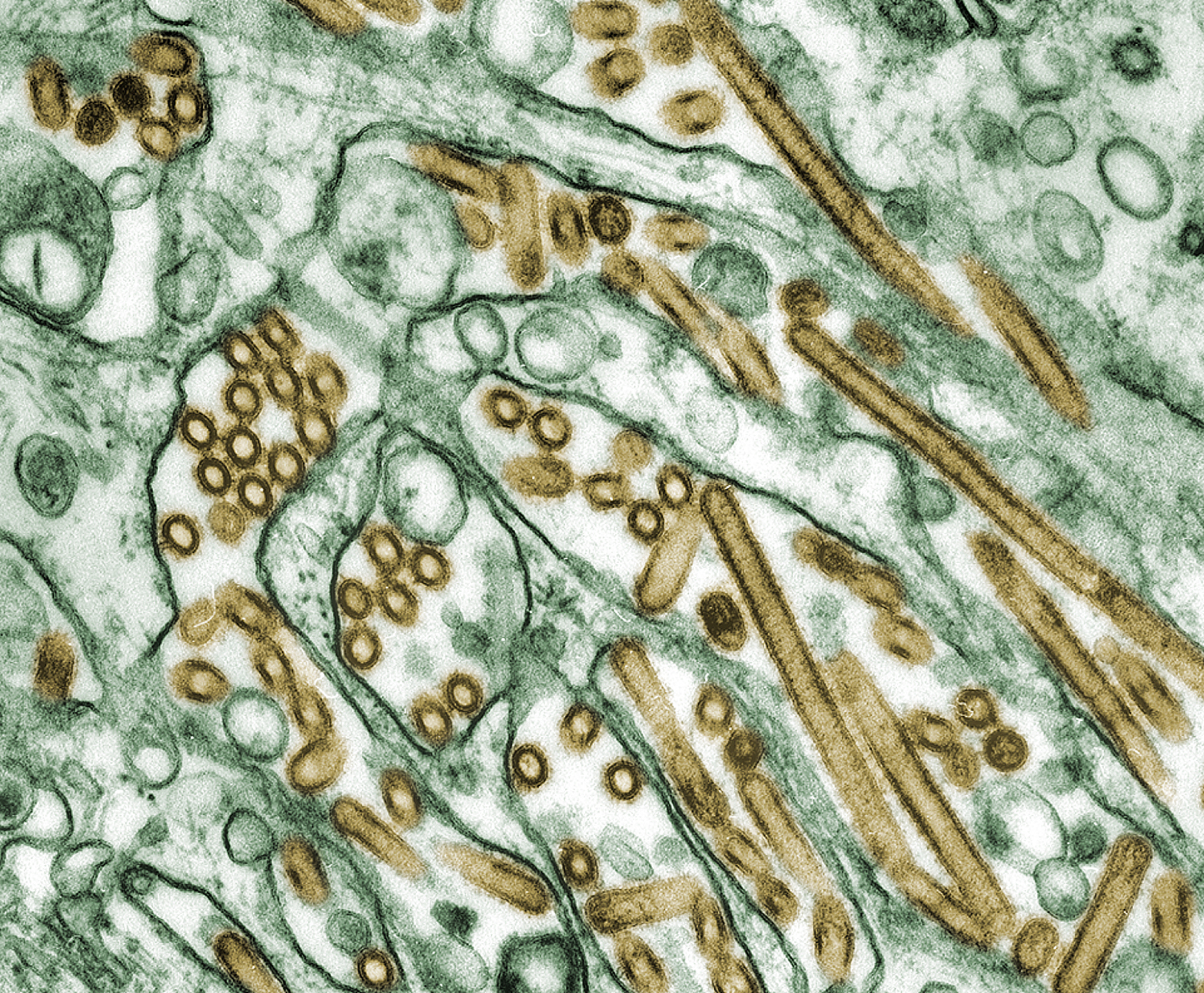 Some pathogens are easier to resurrect from a full genetic sequence than others, and H5N1 should be well within the realm of the possible. (In 2005, a team of eleven researchers did it with the 1918 flu.) This isn't quite like building stealth planes, where there's knowledge that only a few governments have.

Fouchier's opinion? "Bioterrorists can't make this virus, it's too complex, you need a lot of expertise," he told ScienceInsider in 2012. "And rogue nations that do have the capacity to do this don't need our information."

Many terrorists seek to attack a specific group of people. The indiscriminate nature of a biological infections could make H5N1 a less than ideal weapon. Release something like the flu or smallpox, and you've unleashed it on the entire world, friend and foe alike.

The threat of natural pandemics is arguably worse than the threat of terrorism. Consider this: the 1918 H1N1 flu pandemic took roughly 50 million lives. And even with advances in medicine, influenza and pneumonia are still killing about 50,000 Americans a year.

How can I protect myself?

Luckily, this mutated bird flu is in the lab behind many layers of security.

However, should H5N1 start spreading between people, you should be able to get a vaccine. If you are a chicken living in a country that has seen a lot of bird flu, you may have already gotten an H5N1 vaccine. But if you're a person, getting vaccinated now probably won't help you much later because the virus mutates so quickly. If an H5N1 epidemic occurs, researchers will create a new version of the vaccine from the most recent and dangerous strains.

IF YOU ARE A CHICKEN, YOU MAY HAVE ALREADY GOTTEN A VACCINE

In the meantime, there's plenty you can do to prevent other kinds of flu and infections in general. No story on influenza would be complete without a plea for people to practice good infection-prevention hygiene: wash your hands! It's one of the best ways to prevent yourself from getting sick. And doing it right is not as simple as it may seem.

Here's the deal, according to the US Centers for Disease Control and Prevention. The temperature of the water is irrelevant. Lather for 20 seconds (like singing Happy Birthday twice) and remember to scrub the backs of your hands and under the nails. Antibacterial soaps containing ingredients such as triclosan won't work on the flu because it's a virus, not a bacteria. And even against bacteria, these soaps have no proven benefit outside of hospitals, may contribute to the creation of antibiotic-resistant bacterial strains, and — according to the FDA — "may have unanticipated hormonal effects that are of concern."

If you're not near running water, a hand sanitizer containing at least 60% alcohol is your next-best option. But it's not guaranteed to kill everything and might not work as well on greasy hands. There, you have it. And may your hands forever help you avoid illness.

This story was updated on April 14, 2014 to clarify the haziness of the data available on the H5N1 death rate.