Share All sharing options for: How does one pill cost $1,000?

Once again, US drug prices are coming under the scrutiny of industry and consumer groups.

The April 9 release of a trove of Medicare data showed some doctors charging millions to the public health-care program. Doctors claimed these charges largely covered the cost of expensive drugs administered to patients — costs Medicare has little control over.

In December, Gilead Sciences released Sovaldi, a breakthrough hepatitis C drug that costs $84,000 over 12 weeks (one pill per day, at $1000 each). In response, pharmacy benefit manager Express Scripts threatened to stop buying the drug once equally effective competitors arrive in the market in 2015, and some state Medicaid agencies now refuse to cover the drug.

"This is really not about Sovaldi. It's really about the high price of these New breakthrough products"

Steve Miller, chief medical officer of Express Scripts, acknowledges that Sovaldi, with a 90 percent cure rate, is truly the best hepatitis C treatment on the market right now. But he warns that if drug companies are allowed to continue pushing such high prices, breakthrough drugs will become unaffordable to millions of sick patients.

"This is really not about Sovaldi," Miller says. "It's really about the high price of these new breakthrough products."

But how, exactly, do these drugs get to be so expensive? How does a hepatitis C pill, for example, get to cost $1,000? Here is a rundown of how drug companies set prices — and policy changes that could make the system less expensive overall.

How are drug prices set? 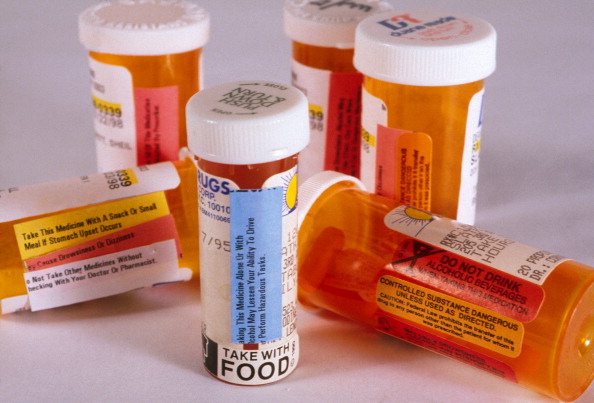 It all starts with the drug company. They initially set the price to recoup upfront costs from the lengthy, costly research and development (R&D) process and, of course, make a profit.

But that's not the end of the line. After drug companies set the initial price, health-care organizations, such as hospitals, pharmacies, insurers, and their representatives, step in to negotiate lower prices. The goal is to bring down prices to levels that both payers and patients can more easily afford. This negotiated price is the one that an insured patients will see and pay for.

What makes drugs expensive in the first place? 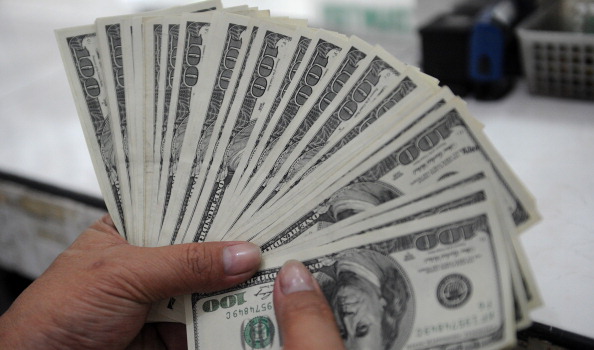 Drugs can be a matter of life and death. That creates unique testing and regulatory hurdles that most other markets don't have to deal with, including clinical trials mandated by the Food and Drug Administration that ensure medical products are safe.

R&D alone poses a massive cost to the industry. A 2006 study published in Health Affairs found R&D can cost $500 million to $2 billion, depending on the type of drug.

To encourage drug developers to accept these upfront costs, the federal government lets developers temporarily take singular control of the resulting drug through patents. With this kind of control, developers can then set prices almost at will — sometimes to profit margins exceeding 90 percent.

How do private groups negotiate down drug prices? 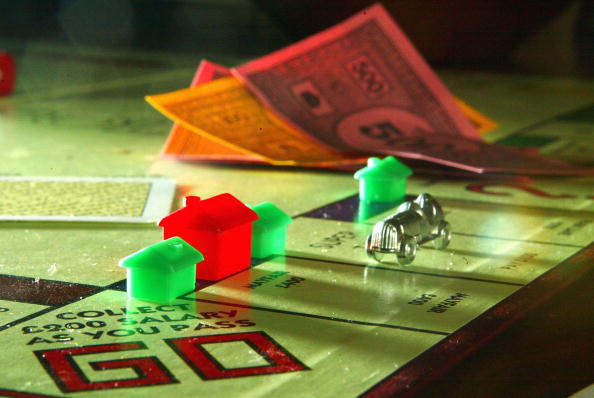 The specifics of the negotiations and groups involved depend on the type of drug and who's buying it. But the general idea is that major organizations use their large customer bases to bargain for a better value, as long as health outcomes aren't sacrificed.

Take, for example, Gilead's hepatitis C drug. Gilead's product currently controls the market, since its cure rate is unmatched by any other available drug. But once cheaper, equally effective competitors hit the market starting in 2015, Express Scripts hopes to pit them against Gilead. If Gilead doesn't reduce its price as a result, Express Scripts will tell the health plans it represents, which cover nearly 100 million Americans, to avoid Gilead's drug and instead buy the cheaper options.

Can drug prices always be negotiated down? 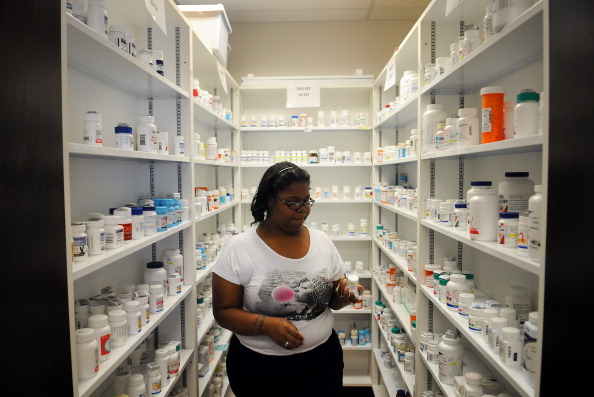 No. There are some instances in which one side holds so much or so little leverage that negotiations aren't feasible.

A drug company, for instance, might have the leverage to refuse to negotiate, typically because it holds exclusive rights to a drug that works better than everything else on the market. This is what's happening with Gilead; since its hepatitis C drug works better than anything else on the market, it can set a high price without concerns about competition.

On the other end of the spectrum, a single uninsured patient, as a single customer, doesn't have the negotiating power of large industry groups that represent millions of Americans. So an uninsured patient will typically pay the higher, non-negotiated price.

Does the federal government negotiate for lower drug prices? 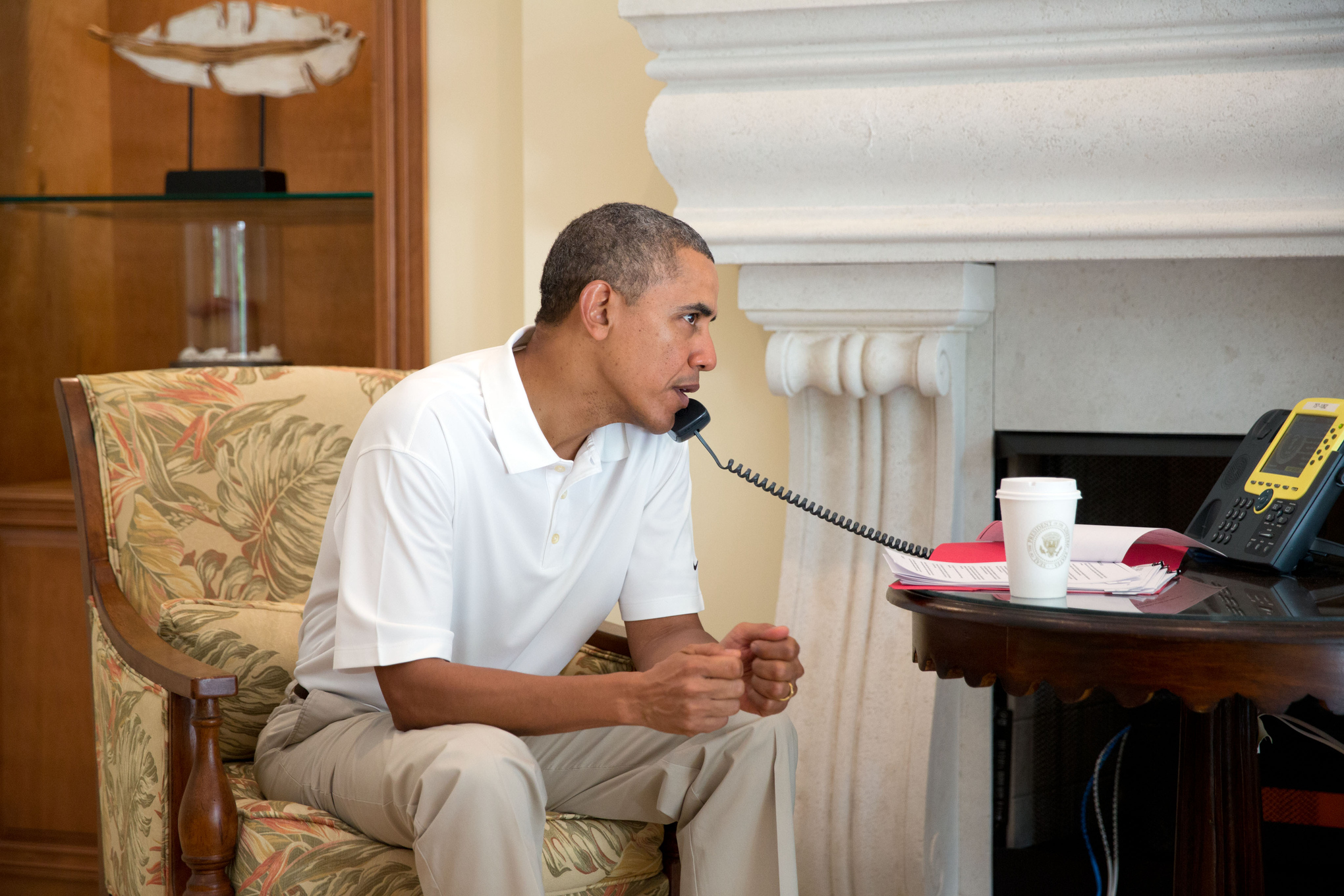 There's not much the president can do about expensive drugs. Pete Souza / White House

Medicaid and the U.S. Department of Veteran Affairs can and do negotiate drug prices. In fact, some state Medicaid agencies are trying to do just that by refusing to pay for Gilead's hepatitis C drug.

But federal law prohibits Medicare administrators from negotiating lower drug prices. Medicare Part D, the pharmacy benefits program, contracts with private insurers to provide drug benefits to seniors; these companies then negotiate lower drug prices. And for doctor-administered drugs, Medicare can't negotiate at all and is left to the mercy of hospitals and doctors, who are encouraged to use large volumes of costly drugs through special discounts offered by drug companies.

President Barack Obama promised on the campaign trail to do away with negotiation restrictions on the Medicare program. But as part of Obamacare, the president struck a deal with drug companies that did away with provisions allowing some negotiations — as long as the drug companies agreed not to lobby against the health-care law's passage.

Obamacare, however, was not the first law to restrict Medicare negotiations. Limits on prescription drug negotiations were first put in place when Congress passed Medicare Part D in 2003. Republican supporters of the Part D law said private insurers would hold enough leverage to keep drug prices in check.

At the same time, statutory restrictions keep the federal government from dictating or negotiating lower prices for doctor-administered drugs. In 2010, Medicare administrators even lost the ability to mandate that doctors only be paid for the cheapest equivalent drug option. And since Medicare generally reimburses doctors with the price of a drug plus 6 percent, doctors are incentivized to use higher-cost drugs — 6 percent of $1,000 is a lot more than 6 percent of $100, after all.

What happens to drug prices when patents expire? 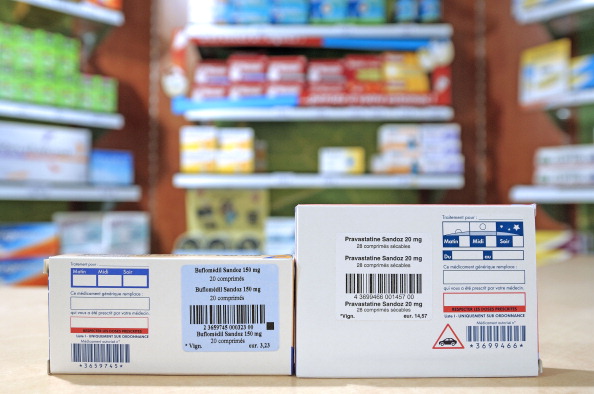 The short answer is prices drop. But the extent of the price drop varies depending on how many suppliers jump at the opportunity.

If a drug is very complex, it might not lead to a huge price drop because many manufactures won't have the expertise required to develop generic competitors. This is sometimes the case with specialty drugs, such as those that treat complicated diseases like cancer and HIV. Two researchers at the University of Chicago and MIT, for example, found price declines of 38-46.4 percent among doctor-administered drugs and 25-26 percent among oral drugs. So there were clear drops in price, but they weren't massive.

With simpler drugs, patent expiration can produce a massive price drop. Miller of Express Script estimates some generic drugs can cost as little as 10 percent of a patented product.

But keep in mind patented drugs aren't immune to all competition. A different developer can introduce another patented drug that works differently but produces similar health outcomes. That's what will start happening in the hepatitis C market next year, as other manufacturers introduce patented drugs to compete with Gilead's product. In this type of situation, Miller says his organization can negotiate prices down by 20-40 percent by getting companies to fight for the better price. 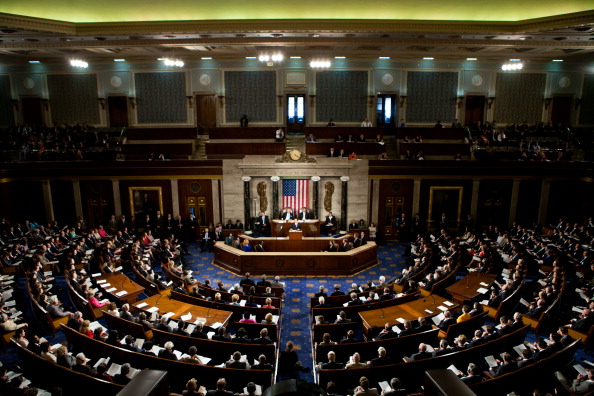 These guys could do a lot, if they acted. Brendan Hoffman / Getty Images News

There are a lot of potential changes. The United States regulates and restricts drug prices far less than other developed nations.

Congress could let Medicare, which covers more than 49 million people, negotiate lower drug prices. The left-leaning Center for Economic and Policy Research predicts that allowing Medicare to negotiate drug prices would save the federal government $230-$541 billion over 10 years, by reducing Medicare-purchased drugs to lower price levels seen in other developed countries.

But conservative opponents worry that letting Medicare negotiate drug prices would give the federal government too much power over the private market and stifle innovation as a result.

An even more extreme solution would allow the government to cap and set drug prices, similar to what Canada does. But conservatives, who already fear letting the federal government into price negotiations, object to that much government interference in the private market.

The federal government could, alternatively, relax its patent laws. That would allow generic drugs to enter the market much sooner, and those generics, as noted by Miller, come at a much lower price than the patented product.

The question is how much this change would affect R&D. Part of the reason companies take on the costly R&D process today is because they know they'll have full control of their discoveries for (in theory) two decades. If that control is diminished through relaxed patent laws or government price controls, the incentive to undertake a costly R&D process could be diminished.

A 2005 study supported the potential damage to R&D investments. Researchers Thomas Abbott and John Vernon found cutting drug prices by 40-50 percent in the US would lead to 30-60 percent fewer R&D projects.

To make up for the loss of private investment, left-leaning economist Dean Baker suggests direct public funding as one alternative to the current system. Under Baker's scheme, researchers would team up with the government to produce new drugs, and these drugs would then be available to the public at generic drug prices.