American foreign policy may look like it's in shambles sometimes, but the world doesn't seem to think so. According to Gallup's US Global Leadership Project, a gigantic survey of over 130,000 people in 130 countries, approval of the United States' leadership bounced up five percentage points in 2013. That's a lot. 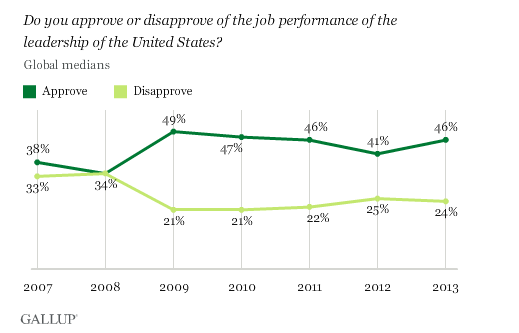 Gallup used its survey data to estimate the percentage of people in each of these 130 countries who say they approve or disapprove of "the leadership of the United States" — basically, of President Obama. The chart above shows the median of those 130 global approval and disapproval ratings. So these findings tell us that, in more countries than not, the United States was more popular in 2013 than it was in 2012.

The world is a big place so a piece of data that encompasses 130 countries is naturally going to be driven by many, many factors big and small. But digging into the data turns up three interesting trends, each of which helps to explain the increase in approval.

The rise in popularity was concentrated in two regions: Europe and Asia. It's hard to find a single factor that explains the trend in Asia, but Gallup smartly suggests that Europe's economic recovery has something to do with the uptick in approval there.

Of the 17 countries that saw a double-digit increases in their approval of US leadership, over half were in Europe:

The Eurozone started pulling out of its deep economic slump in 2013, and growth in the rest of Europe sped up fairly rapidly by global standards. This has coincided awfully closely with warming European opinions of US leadership.

Perhaps European attitudes improves because stronger economies simply make people more optimistic. It's also certainly plausible that Obama's image would benefit from the European uptick, given the close links between the European and US economies, particularly in causing the crisis.

The drone war is declining 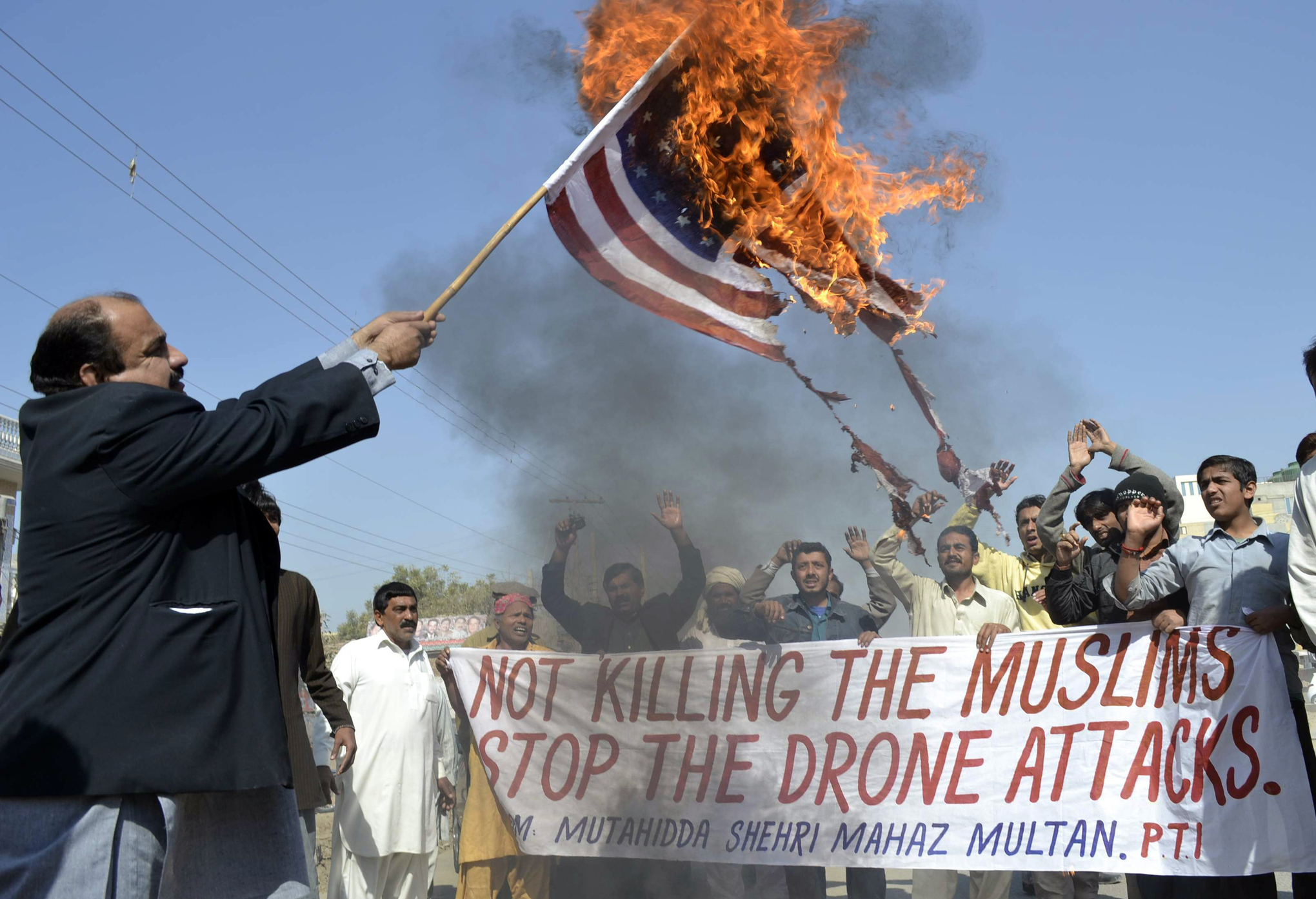 In Asia, the US leadership approval rating made double-digit gains in four countries: Myanmar, Bangladesh, Pakistan, and Afghanistan. Of these, Pakistan is the most surprising — the drone campaign has made us rather unpopular there. But the number of strikes dropped by roughly half from 2012 to 2013. Sure enough, over the same period, Pakistani approval of American leadership increased by ten percentage points, from 12 to 22 percent. Almost double!

Likewise, US combat operations in Afghanistan slowed considerably in 2013, and the national approval of American leadership there climbed over 35 percent for the first time since 2010. The ongoing US military withdrawal from South Asia may end up being pretty good for America's image abroad.

US relationships in Central America are improving

The US also saw double-digit improvements in Mexico, Panama, and Costa Rica. In Mexico, that looks mostly like it was a recovery from an earlier collapse in approval, from 2010 to 2012. Some observers think the fall-off was caused by Arizona's 2010 law requiring police to check the immigration status of persons that they have "reasonable" cause to believe aren't legal immigrants. Mexicans saw this law as a license to discriminate against immigrants, sending approval rates down.

Panama, on the other hand, brings us back to the economy. In 2012, the US implemented a long-in-the-works free trade agreement with Panama. The country's economy grew by about nine percent in 2013. The extent to which the treaty fueled that growth isn't clear, but it's reasonable to think many Panamanians may have seen a connection.