Common Core tests are in classrooms – and they're actually working

Share All sharing options for: Common Core tests are in classrooms – and they're actually working

This spring, millions of children nationwide are testing out a test. About 4 million students in 35 states are taking exams based on the new Common Core education standards. It's a dress rehearsal for the full release next year of two new tests designed to measure how well students are meeting the tougher standards.

Districts and states are arguably learning something more important: whether the tests will work

Students' individual results will not count this year, and school districts will not even learn their students' scores. But districts and states are arguably learning something more important: whether the new standardized tests will work.

The common standards, and the tests based on them, are at the center of a growing political controversy. Several states dropped out of the two groups jointly writing the tests, deciding they'd rather go it alone with their own assessments rather than use tests that students in multiple states will take.

If this test drive goes well, a smooth experience could pump up Common Core support in states that are wavering on their commitment to the standards or the tests. A catastrophe — anything from a server meltdown to a confusing question that goes viral — would be another argument in favor of abandoning them.

Officials say that technical problems so far have been manageable and that the process is going well.

"I think it's a huge milestone," said Chris Minnich, executive director of the Council of Chief State School Officers, which represents top state education officials. "Even in states where we're having some conversations about the standards, these tests are going on and teachers are teaching to these new standards."

So far, about 2.5 million students have finished taking the tests. Their experience has provided a few early lessons.

There are bugs in the system, but no meltdowns on the horizon 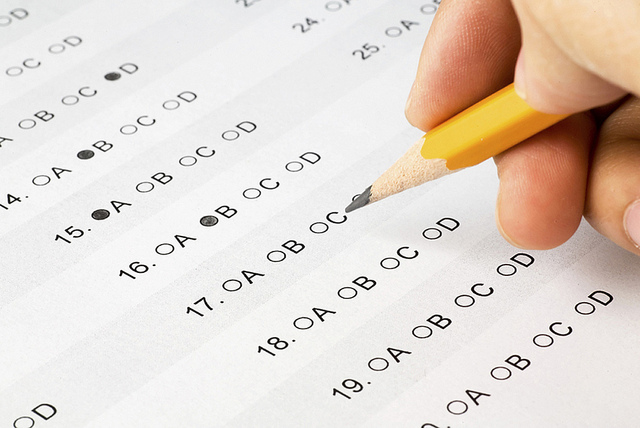 Tests from PARCC and Smarter Balanced use computers, not No. 2 pencils. AlbertoG/Flickr

The Common Core tests don't look like the standardized tests that most students have taken before. Instead of No. 2 pencils and bubble sheets, they incorporate videos, drag-and-drop responses, and open-ended questions that ask students to explain their reasoning.

"It represents an incredible shift in the way we think about testing, " says Laura McGiffert Slover, CEO of the Partnership for Assessment of Readiness for College and Careers (PARCC), one of the two groups of states developing Common Core-based tests. "We really believe this is going to change the paradigm."

All that technology can lead to technical difficulties. So far, though, the field testing has uncovered many frustrations but no full-scale meltdowns.

In California, virtually all third- through eighth-grade students are taking tests from Smarter Balanced, the other group of states developing Common Core standardized tests. So far, more than 228,000 students have started testing. A hotline for technical assistance is averaging 637 calls per day.

All 14 states in PARCC, Slover's group, have a centralized hotline for technical questions. More than 1 million students are taking PARCC's tests nationally, and the hotline has received about 1,100 calls per day, said Slover. But she said the group was prepared for that many calls and most questions are easily resolved.

In state after state, education officials say the same thing: There have been forgotten passwords, frozen computers, or discrepancies in how different browsers handle the test. On the whole, though: so far, so good.

There been glitches and frustration, yet the feedback has also been positive

"Everything has been running quite smoothly, given that we've had 35,000 tests," said William Reinhard, a spokesman for Maryland's state education department. The state is testing the PARCC exams.

"There been glitches and frustration," the New Hampshire education department wrote of trying out the tests from Smarter Balanced. "Yet the feedback has also been positive, such as the teacher who called to say that her fourth graders asked if they could keep going with their test rather than go to recess."

There is still plenty of skepticism to overcome 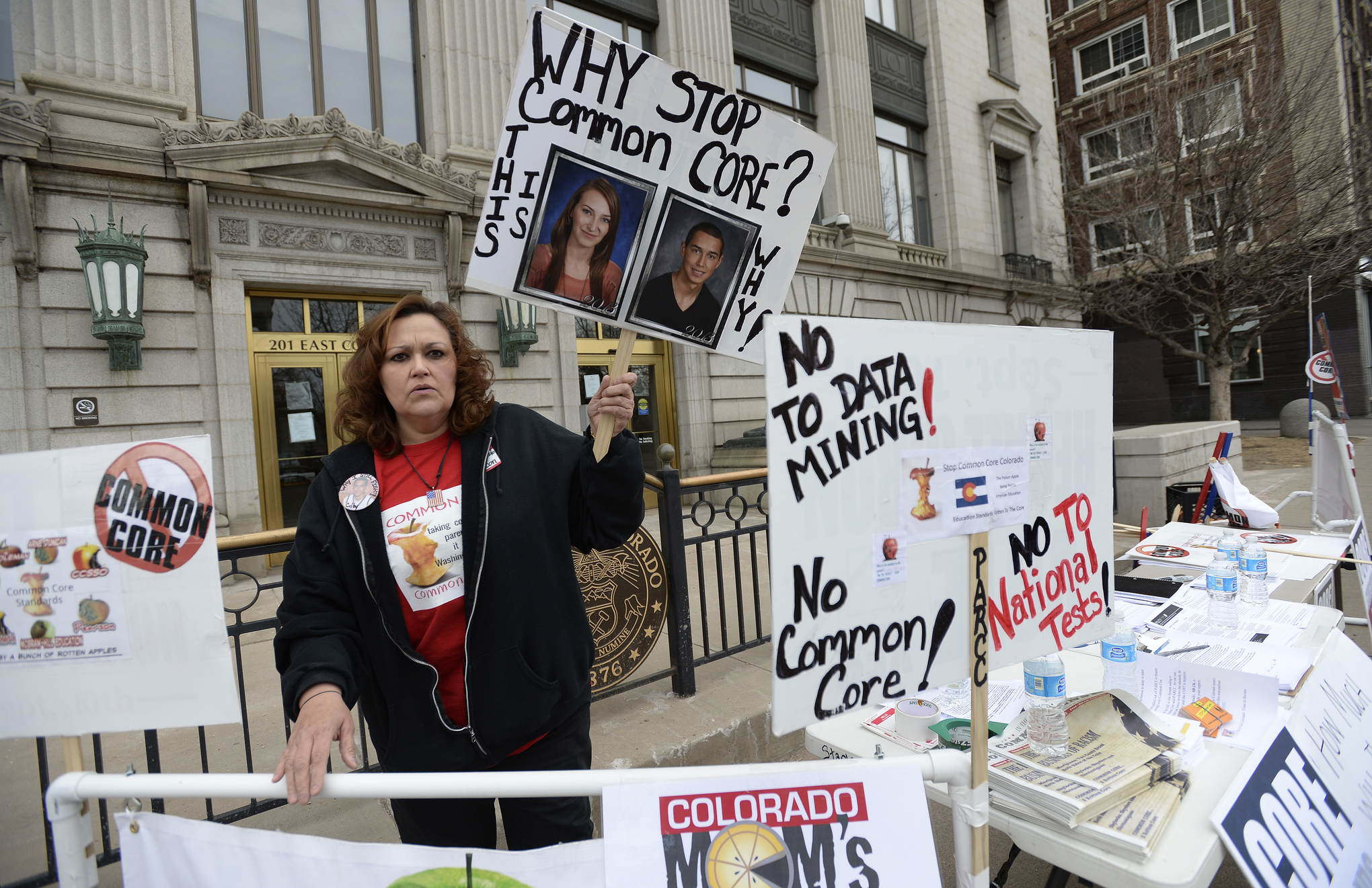 States have more information on the technical problems than they do on the content of the tests. Since a main purpose of field testing is to winnow down and perfect questions for next year's testing, it's unlikely that any questions will ever be made public.

But as teachers have incorporated the Common Core standards into lesson plans, nonsensical questions from textbooks claiming to be based on Common Core have quickly made the rounds among opponents of the standards.

And skepticism remains strong. Of the 44 states that have adopted Common Core, 23 have seen bills in the legislature to abandon the standards, pause their implementation, or leave the common tests.

South Carolina offered a dramatic reminder of the controversy, when it decided to leave the Smarter Balanced consortium after field testing had already begun. The state had been signaling for months that it would probably drop out, but it did not give a reason for why it chose to leave when it did.

The work is just beginning

There's a long to-do list before PARCC and Smarter Balanced tests hit prime time next year. After students finish testing in early June, there won't be long to categorize results and put together the final versions of the test before the next academic year. (The end-of-year test is the big one, but both groups are also producing tests for teachers to use during the school year too.)

Besides figuring out the technical problems, the two groups will analyze the test questions to figure out what works best for the final version of the assessments. If rural students systematically do better than urban students on a math question calculating the area of a field, for example, that question might be thrown out.

Teachers' performance evaluations will eventually be tied to how students do on the tests, so the stakes are high

Teachers' performance evaluations will eventually be tied to how students do on the tests, so the stakes are high. And standardized tests can be biased in all kinds of ways, said Frederick Hess, director of education policy studies at the American Enterprise Institute. For instance, some students will have to take the bus to testing centers because their school does not have enough computers. Those students might do worse because they're in a less comfortable environment, and their teachers might suffer because of their students' scores.

Hess, who said he finds plenty to like in the Common Core standards, is worried that there isn't enough time to analyze these potential flaws. And while the two groups say that such issues will be taken into account before the tests are finalized, Hess said,  he hasn't seen evidence that they're prepared to deal with them.

And before any of that work can even begin, millions of students have to finish the exams.