Why America's only Sriracha factory could soon get shut down

Share All sharing options for: Why America's only Sriracha factory could soon get shut down

Bad news, hot-sauce lovers. The factory that makes your favorite Sriracha sauce is once again in danger of getting shut down.

America's only sriracha factory has been labeled a 'public nuisance'

Residents in Irwindale, California, have long complained that peppery odors from the Sriracha factory can burn their eyes and throat. So, back in November, a judge ordered part of the facility's operations to cease.

Now comes the latest twist: the Irwindale City Council has just declared the factory a public nuisance, giving the company 90 days to fix the odor problem — or face the consequences.

It's still too early to say if a Sriracha shortage is coming, but here's a primer just in case: 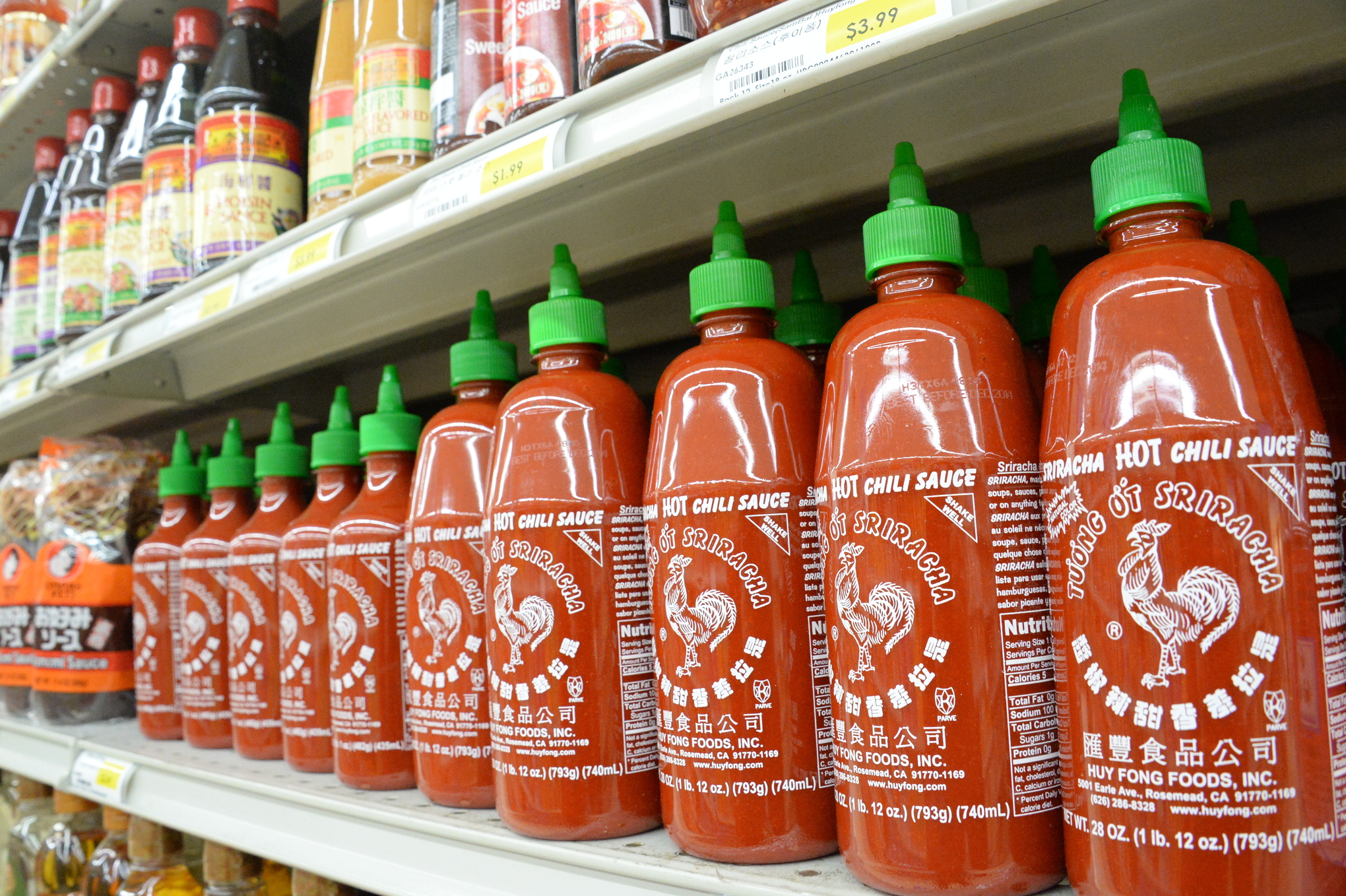 This is a bit complicated. Technically, there are several types of sriracha sauces. We're mainly concerned with the American rooster version:

Thai sriracha: In Thailand and Vietnam, sriracha is a type of sauce made from chili paste, vinegar, garlic, sugar, and salt. It's been around since at least the 1930s and is often used with seafood. It's named after the Thai city of Si Racha.

The American Sriracha, or rooster sauce: There's also the famous American version of Sriracha — the red sauce with the rooster logo on the bottle and the green cap. This is the Sriracha you're probably thinking of, seeing as how it sells about 20 million bottles per year.

The rooster Sriracha was created back in 1980 by Vietnamese immigrant David Tran (the rooster is his astrological sign). It's made from jalapeño peppers and is thicker and spicier than its Thai counterpart. It's currently produced by Tran's company, Huy Fong Foods, in a single factory in Irwindale, California.

(There are also some knock-off versions, since Huy Fong can't trademark the name. We'll get to that in a bit.)

Okay, so why is Sriracha in trouble?

It's the rooster version that's in trouble. Every summer, from June to October, the Huy Fong factory in Irwindale, California grinds up millions of pounds of peppers to make the sauce. Residents of the 1,442-person town have complained that the fumes can sting their eyes, burn their throats, and give them headaches.

the majority of complaints came from four households

In October 2013, the city sued Huy Fong Foods. The following month, a judge ordered the factory to halt any operations creating the smell. That didn't make much practical difference, since pepper-grinding season was over. But residents kept complaining that the odors persisted during the sauce-bottling process. (Data shows that most of the complaints came from four households.)

So now the City Council of Irwindale has declared the factory a public nuisance, giving the company 90 days to mitigate the fumes. If the company doesn't comply, city officials will enter the plant and take action themselves.

It's uncertain what will happen next. John Tate, an attorney for Huy Fong, says that the company has already submitted an action plan and will try to have the smell fixed by the time the new pepper-grinding season begins in June. Air-quality regulators think they can mitigate the fumes with carbon filters. Still, the company appears worried about a prolonged battle with the city.

Why can't they just move the Sriracha factory elsewhere?

That's one possibility. California State Sen. Ed Hernandez has said he would help Huy Fong Foods find a home elsewhere in the region if the company can't resolve its differences with Irwindale.

It would be harder for Huy Fong Foods to pack up and move to, say, the Midwest. David Tran, the CEO of the company, is famously selective about the jalapeño peppers he uses in his sauces. The company uses a single supplier in the area and "carefully monitor[s] the entire growing process from seed to harvest."

What do I do if the Sriracha factory shuts down? 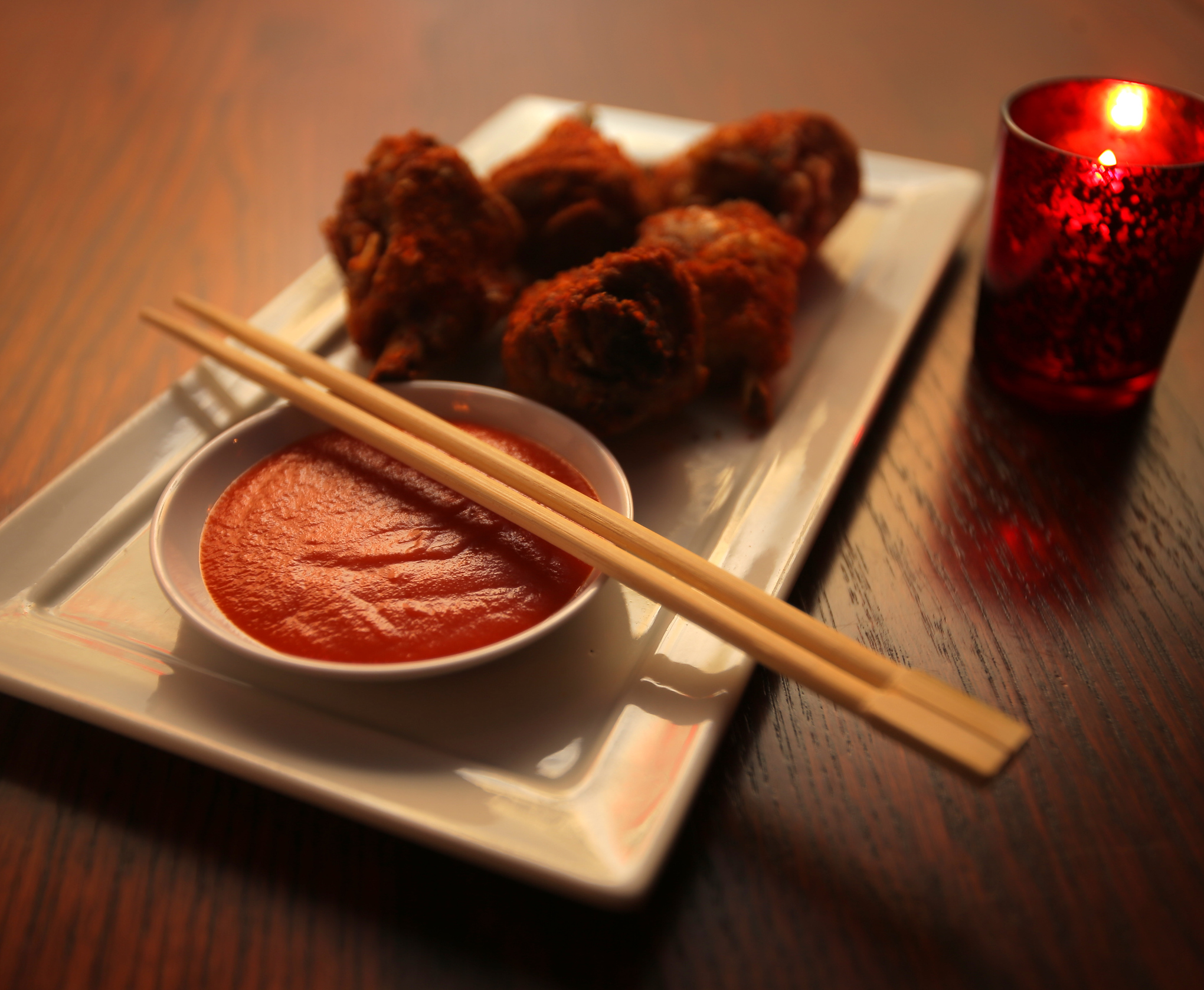 You could try making your own sriracha sauce. Here's a recipe from Joshua Bossel at Serious Eats. Here's another recipe from Sydney Kramer at Crepes of Wrath.

There are also knock-off versions. Since Sriracha is named after a city in Thailand, Huy Fong can't trademark the name. Trader Joe's has put out its own version of sriracha — there's a dragon instead of a rooster on the bottle, but it's pretty similar.

You could also import the original Thai version, if you wanted. Here's a Sriraja Panich brand that goes for about $4.89 per bottle. The Thai version tends to be a bit thinner and less spicy, however.

Who cares about hot sauce?

A lot of people care, it turns out! The hot sauce industry is one of the top-10 fastest growing industries in the United States, with over $1 billion in sales worldwide.

And there's actually a good scientific reason for that. Here's a video from the American Chemical Society explaining why we're so addicted to hot sauces like Sriracha:

Short version: the red chilis in Sriracha contain chemicals called capsaicinoids, which trigger the TRPV1 proteins in our mouths. (These proteins act as a warning system when we eat something that's actually hot — as in high temperatures.) In response, the body releases pain-killing endorphins that make us feel good.

Sriracha is lame. Why don't you link to a real hot sauce?

Fair enough. Sriracha is a fairly hot sauce, but it's not the hottest sauce around.

The Scoville scale, devised in 1912, compares the relative "heat" of different chili peppers. Sriracha clocks is around 1,000 to 2,500 Scoville Heat Units.

I will literally click on anything about Sriracha. Give me more.