Weird but true: caffeine can make you a better athlete

Share All sharing options for: Weird but true: caffeine can make you a better athlete

Millions of people around the world use caffeine every day to enhance their ability to work.

But fewer people are aware that caffeine, if used sparingly and properly, can cause small but measurable improvements in athletic performance — whether you're running, swimming, rowing, or cycling.

Scientists first tested the idea in 1978, and have confirmed it in dozens of controlled studies since. These are incremental improvements, not dramatic ones. Still, people who take athletic performance seriously seem to use caffeine a lot. In a study of 20,686 Olympic athletes who competed between 2004 and 2008, for instance, 73.8 percent tested positive for caffeine in their urine right after their event.

The strange benefits of caffeine

Compared to a placebo, people given a dose of caffeine have consistently been found to sprint and cycle slightly faster, do more reps during weightlifting, move a bit faster during stop-and-go activities (like tennis), and perform better during long, endurance-based events like marathons.

Across all these activities, the gains from caffeine are modest but consistent: on average, a dose before an event leads to a three percent improvement, whether in race times or other measures. This obviously isn't a ton, but for people bent on shaving every second possible from their times, it makes a difference. 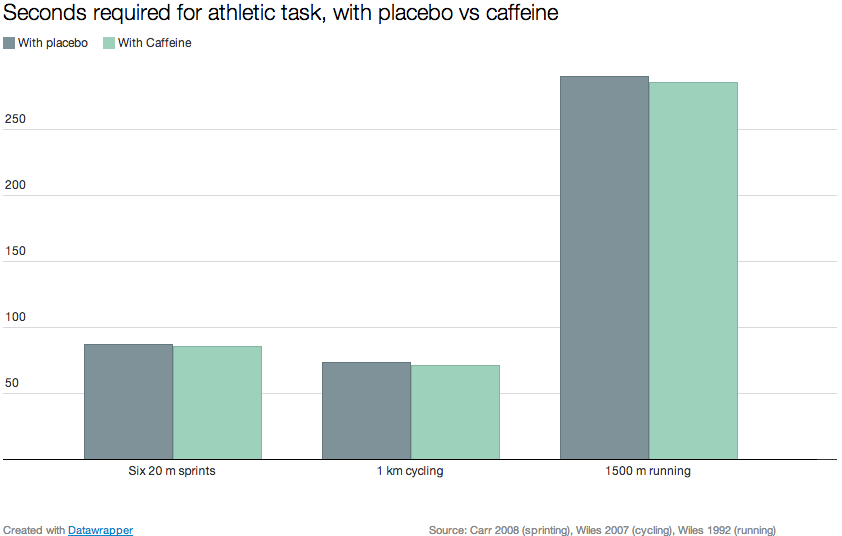 There's also some evidence that caffeine can even improve sport-specific skills — in a 2011 study, college-level soccer players kicked, headed, and dribbled the ball more accurately after a dose of caffeine — but the evidence is less clear on this count.

The science of how caffeine works

Scientists can't entirely agree on why caffeine leads to these benefits, but there appear to be a few mechanisms at work:

1) Caffeine improves endurance. It probably does this by elevating levels of adrenaline, which cause greater amounts of fatty acids to enter the blood stream. These serve as a short-term fuel substitute, conserving glycogen, a longer-term energy source that's stored in your muscles.

The gains from caffeine are modest but consistent

This would help explain how caffeine helps enhance people's ability to do short-term, explosive exercises — such as weightlifting and sprinting — as well as more drawn-out, endurance-based tasks.

3) Caffeine may dull the body's sensitivity to pain and exhaustion, although the research is less clear on this. For activities like marathons —which involve pressing on through excruciating levels of pain — it's easy to imagine how this would enhance performance. 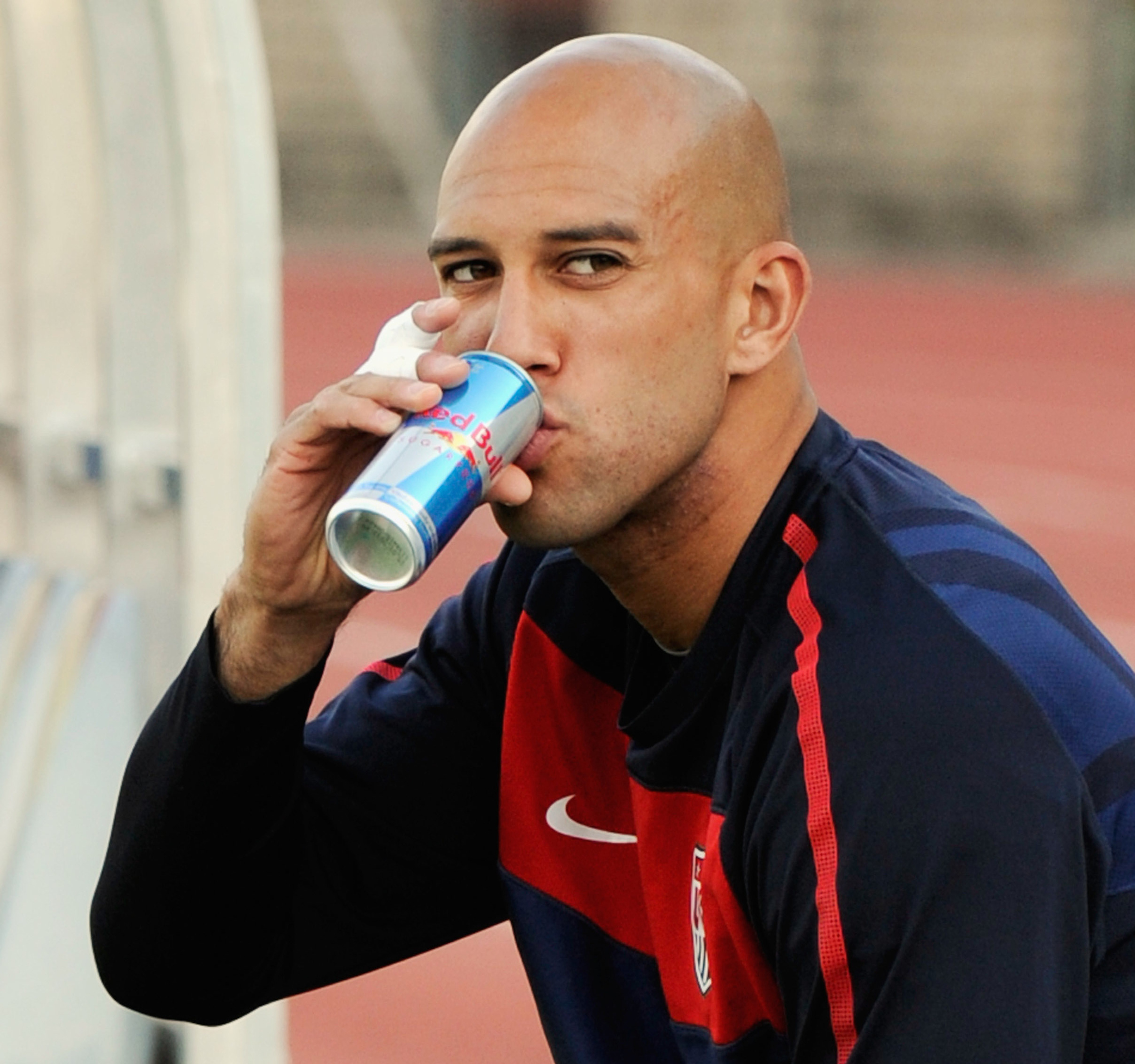 Tim Howard uses caffeine. You should too. Kevork Djansezian/Getty Images

How to use caffeine effectively

Use it seldom: The more frequently you take caffeine over time, the less effective it is, whether you take it to stay alert or run faster. That's because your body becomes more tolerant to it with each dose.

As a result, caffeine is most effective as an occasional performance-enhancer. Take it right before or during a big race or competition, not routinely during training.

To put these numbers into a more concrete context: for a 150-pound person, that's about 200 to 400 milligrams of caffeine, or one to two coffees at Starbucks or bottles of 5-Hour Energy, two to four cans of Red Bull, or five to ten cans of coke or cups of black tea. You can get slight improvements at the low end of this range and greater improvements at the top of it.

It takes about 15 minutes to begin working, and its half-life is six hours, meaning that half of the caffeine in your body will be eliminated over a six hour period. So the best strategy is to take some just before a race or game, and take a bit more during it if you're competing in a really long event, like an ultramarathon or Ironman. 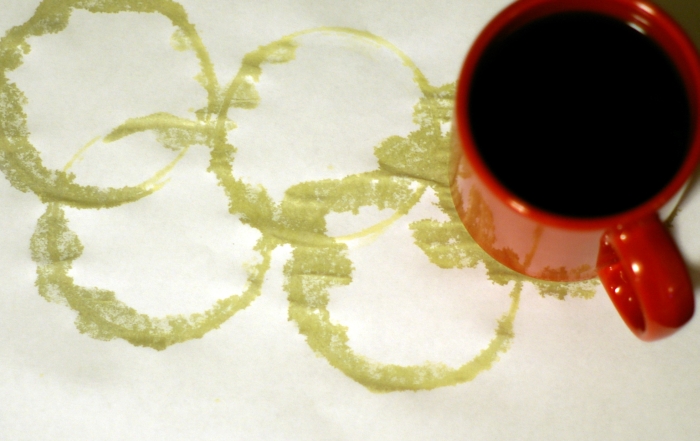 Take caffeine in whatever form you want: Whether it's in coffee, an energy drink, or a caffeine pill, it'll have the same effect on your body. Newfangled gummy energy chews and gels are especially popular among hardcore athletes because of how convenient they are to take during an event.

But even if you're about to start a race on a hot day outdoors, you can still drink hot coffee: despite conventional wisdom, there isn't strong evidence that coffee and tea dehydrate you. There's even some evidence that drinking a hot beverage on a hot day can cool you down. Just don't burn yourself.