Air pollution killed roughly 7 million people in 2012, making it one of the leading causes of death on the planet. That's according to new data from the World Health Organization, which found that dirty air is now responsible for one in eight deaths worldwide.

More than half of those premature deaths, 4.3 million, were attributable to indoor air pollution, largely fumes from coal- or wood-burning cookstoves in places like Southeast Asia, East Asia, and Africa.

Another 2.7 million premature deaths were tied to outdoor air pollution, mainly in the cities of East Asia and South East Asia. The researchers linked this pollution to fatal conditions like like heart disease, strokes, or lung cancer.

There's some good news and bad news here: A separate study in the journal Lancet last year found that indoor air-pollution deaths have actually declined in recent decades, thanks to efforts to promote cleaner cookstoves. But on the flip side, outdoor air pollution is now one of the fastest-growing health risks in the world. (Air pollution officially killed just 800,000 people worldwide in 1990, although measurements were much cruder back then.)

A separate recent mapping effort from NASA's Earth Observatory pinpointed the areas where premature deaths from outdoor air pollution have risen (in brown) and fallen (in blue) over the past century: 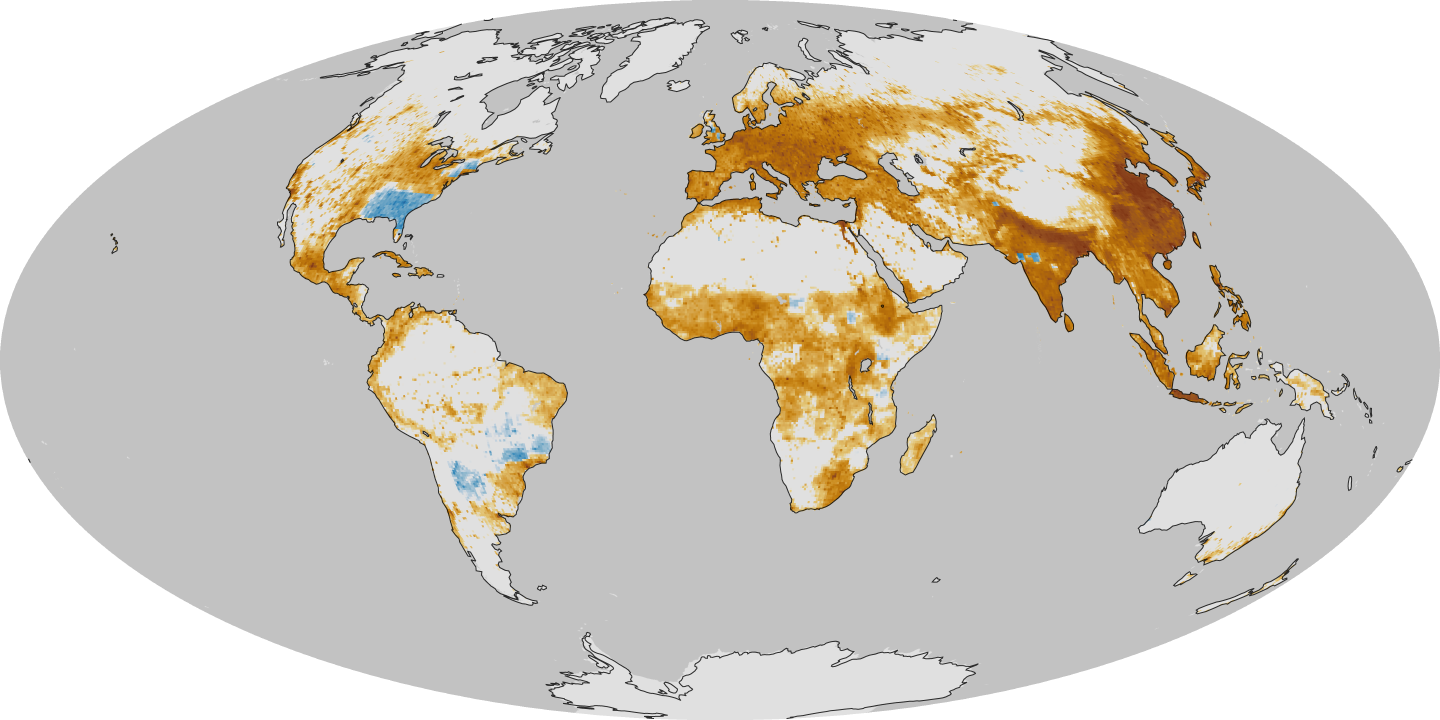 One big reason that outdoor air pollution keeps getting worse is that countries like China and India are growing rapidly. On the whole, that's excellent news. It means, for instance, that more people can afford to drive cars and trucks in cities like Beijing and Delhi. But it also means more fine particle pollution that can bury deep into the lungs and enter the bloodstream. High levels of soot have been linked to everything from asthma to heart attacks to death.

That trend isn't expected to halt stop anytime soon. China currently has one car for every 17.2 people. In the United States, there's one car for every 1.3 people. If China were to catch up with the U.S. car ownership rate, the country would field a billion vehicles all by itself.

Still, that doesn't have to entail inevitable death from pollution. Studies have found that when countries reach a certain point of development, its citizens start demanding cleaner air and water and push for stricter pollution controls. There are plenty of cities in Europe with much higher rates of car ownership than Delhi but lower levels of pollution. Cleaning up the air is perfectly doable, it just tends to cost extra.