Share All sharing options for: Six things colleges don't want you to know about financial aid

Federal grants overwhelmingly go to poor students. But scholarships and grants offered by colleges themselves — which account for 19 percent of all financial aid — are all over the map. Private colleges pioneered grants and financial aid offers to boost rankings and attract the wealthy, but in an era of shrinking state budgets, public colleges are increasingly likely to play the same game. And that's only the beginning of what colleges don't mention about financial aid. 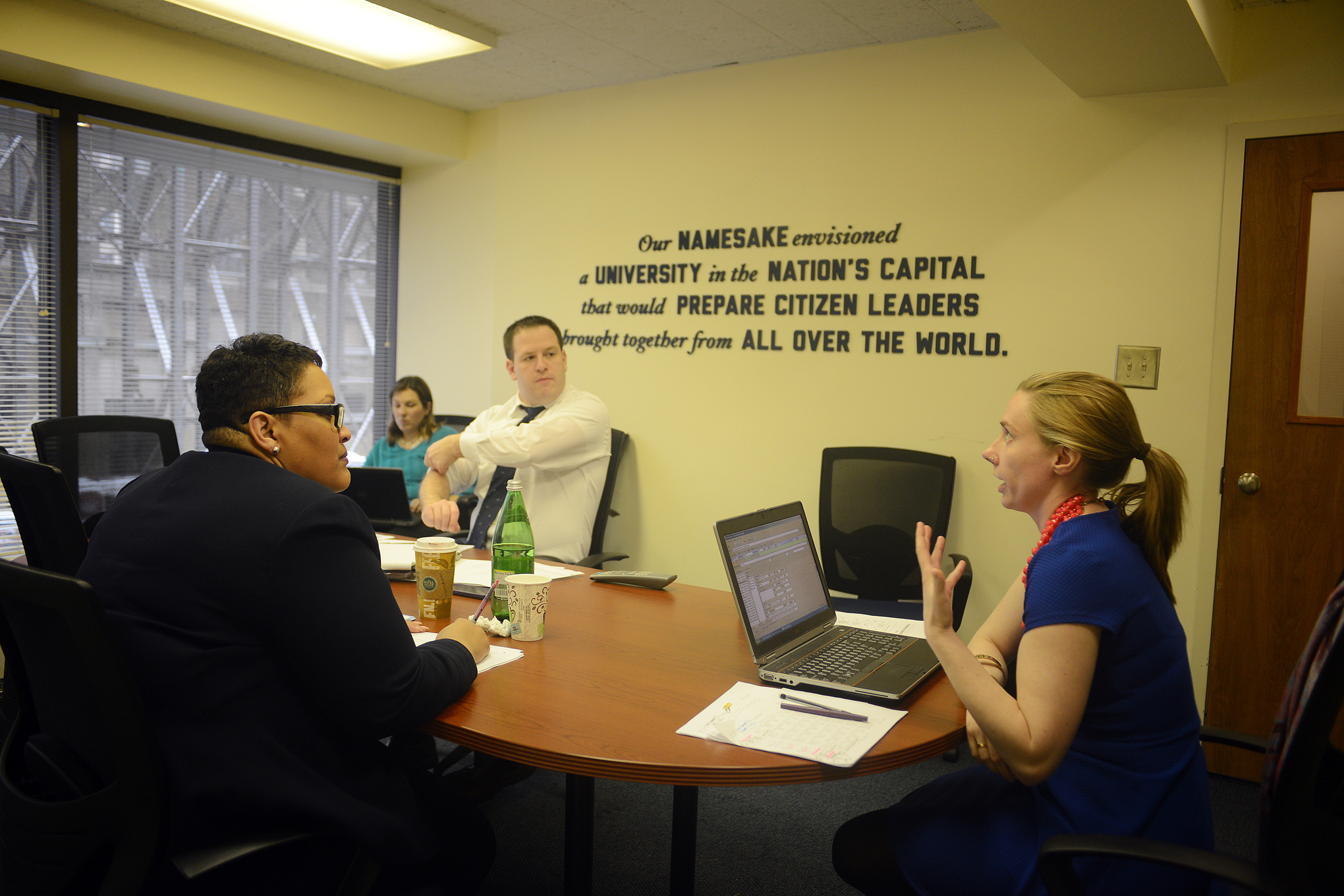 This is especially true for students who are teetering on the edge of admission, who end up on a wait list, or who are trying to transfer. Admitting students without considering whether they can pay is considered the gold standard of college admissions. It's how things work for in-state students at public colleges, which tend to have lower tuition. But at private colleges, it's rare, and getting rarer: Of the 1,600 private nonprofit colleges in the U.S., few admit students without considering family income at all.

It might be common, but that doesn't mean it's popular. When George Washington University said last year it had lied about taking students' need into account in admissions, it caused an uproar. 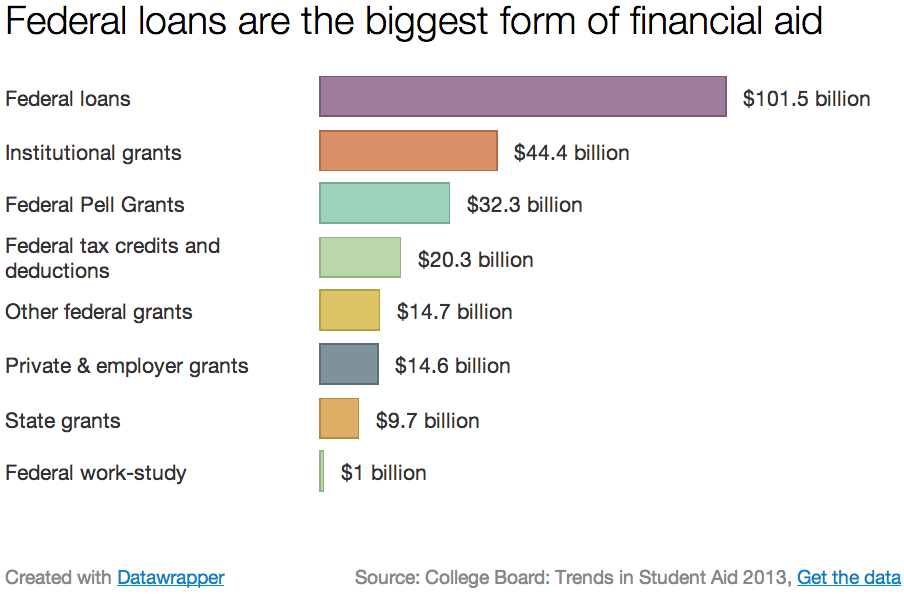 Instead, they're promising a financial aid "package" — including grants, which don't have to be paid back, and loans, which do — that covers the difference between the price of tuition and the family's expected contribution. Even if colleges meet their full need, students whose parents are paying for college could still be required to borrow up to $31,000 in federal loans over the course of a four-year degree.

Federal loans do have to be paid back, with interest. But they're considered financial aid because they're handed out without a credit check and at lower rates than students would pay a bank or credit-card company.

Federal loans are the largest share of financial aid: $101.5 billion annually, dwarfing the $32.3 billion in federal Pell grants, $44.4 billion in colleges' own grants and scholarships, and $9.7 billion in state grants handed out each year.

Many colleges, though, don't promise to meet a student's full financial need. Like admitting students without regard to their financial situation, it's a promise many can't afford to make. Students at those colleges are likely to have to borrow even more. . 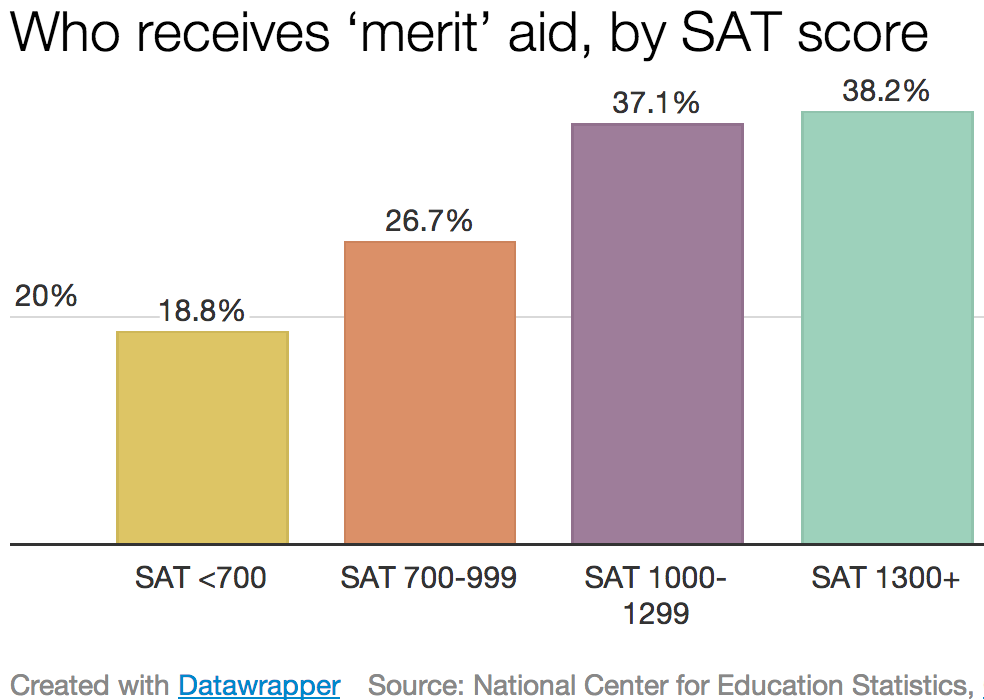 Say a college has $30,000 to give away in financial aid. It can either use that money cover the full price for one low-income student, or flatter five with $6,000 "scholarships" who can pay the rest themselves. The latter is much better for the college's bottom line.

That's a big, unspoken role for aid not based on financial needs: enticing students to attend one college rather than another. Sometimes those awards are true scholarships, given to students with impressive achievements or who have high grades and test scores that will help a college raise its academic profile and climb in the influential U.S. News & World Report rankings.

The University of Rochester was unusually candid in a 2011 blog post on the factors that go into its merit aid program. The biggest bonus was, essentially, for just showing up: Students who had "serious" conversations and filled out all their financial aid paperwork received thousands of dollars more.

Some of those awards might recognize talents in areas other than academics (athletic scholarships, for example, often go to athletes with relatively low SAT scores). But many are small scholarships meant to attract students who can afford to pay the rest, writes the New America Foundation's Stephen Burd, who has studied the growth of merit aid at the expense of need-based aid.

"In a lot of cases, they are trying to get full-pay students," Burd said, calling the practice "affirmative action for the rich." 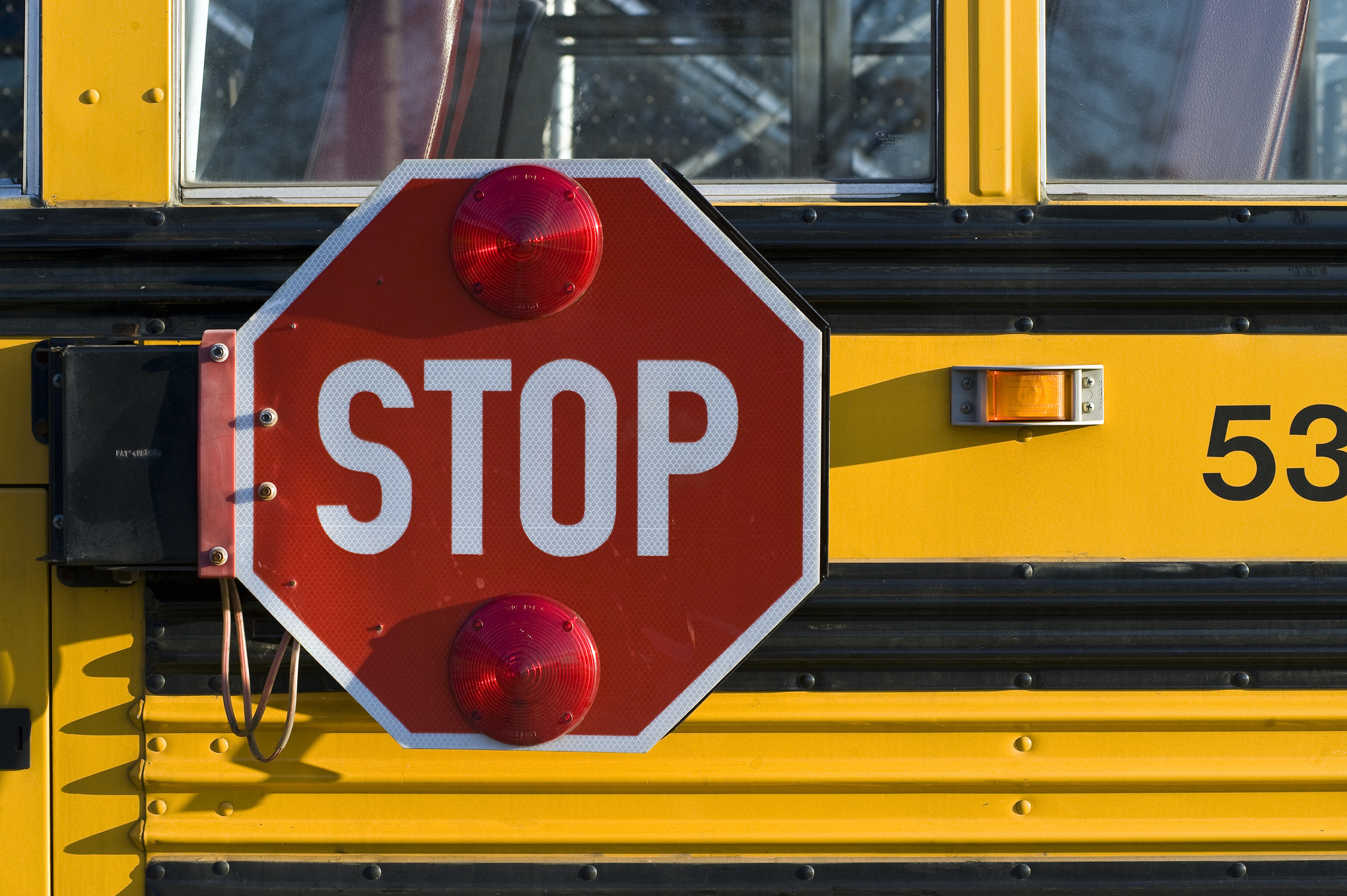 In the world of college admissions and aid, this is called an "admit-deny," an enrollment manager told The Atlantic in 2005: Let a student in, but offer a financial aid package so meager they'd be crazy to accept it. Colleges can leave a wide gulf between financial aid offers and the price of tuition — far too wide to be filled with federal loans alone.

Admitting students without offering them enough aid to meet their need is common: 55 percent of all colleges, and 65 percent of private colleges, said they do so, according to a survey of admissions directors. (Two-thirds said they thought it was an ethical practice.)

In some cases, colleges expect families to take out additional private loans. In other cases, they expect that the poor financial aid package will dissuade them from coming at all. The problem is that not all families get the message, and end up taking on tens of thousands of dollars of debt each year.

The federal government helps high-earning families pay for college too. 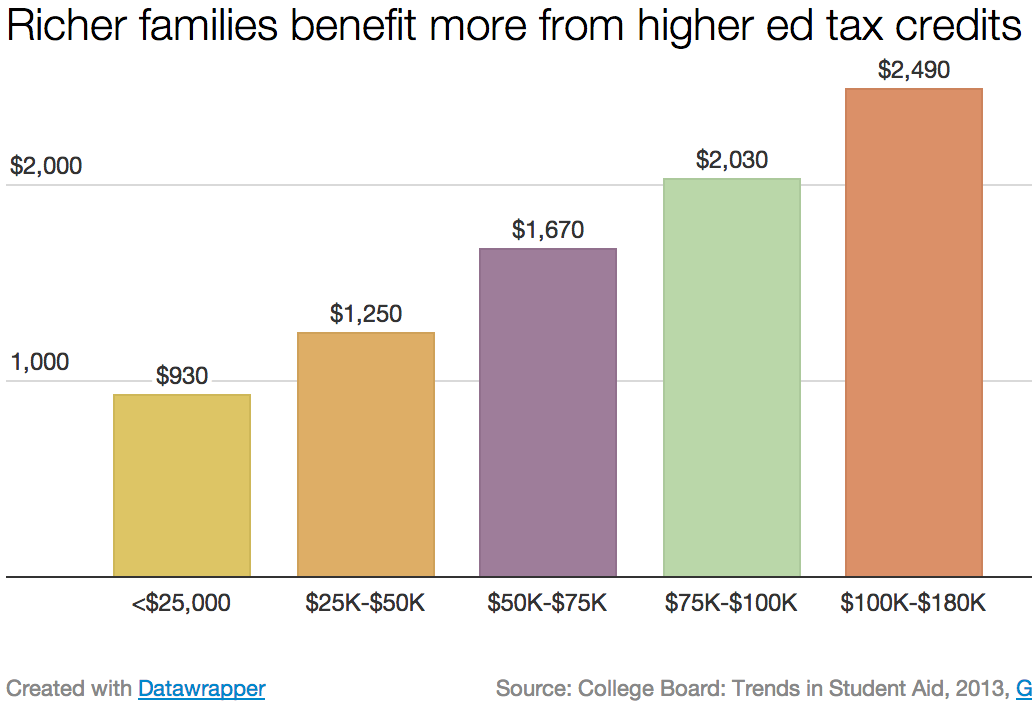 But don't look for it on a financial aid award letter. Pell Grants go overwhelmingly to poor students: Most recipients come from families making less than $40,000 per year. That's led to criticism that the government doesn't do enough to help middle-income families, who are also worried about affording college.

Middle-class and wealthy families, though, benefit from tax credits and deductions for tuition payments and student loan interest. (There's also a tax advantage for college savings.) Total tax credits and deductions for higher education expenses will add up to about $34 billion this year — slightly larger than the Pell Grant program. There is some overlap between the two programs: Some students receive both Pell Grants and tax credits, particularly the American Opportunity Tax Credit, which is refundable.

The average benefit from tax credits is smaller than the average Pell Grant: about $1,330 per recipient, compared with more than $3,000 per recipient on average for a Pell Grant. But wealthier families benefit more. Families making between $100,000 and $180,000 get the most annually, an average of almost $2,500 in tax benefits, according to the College Board. 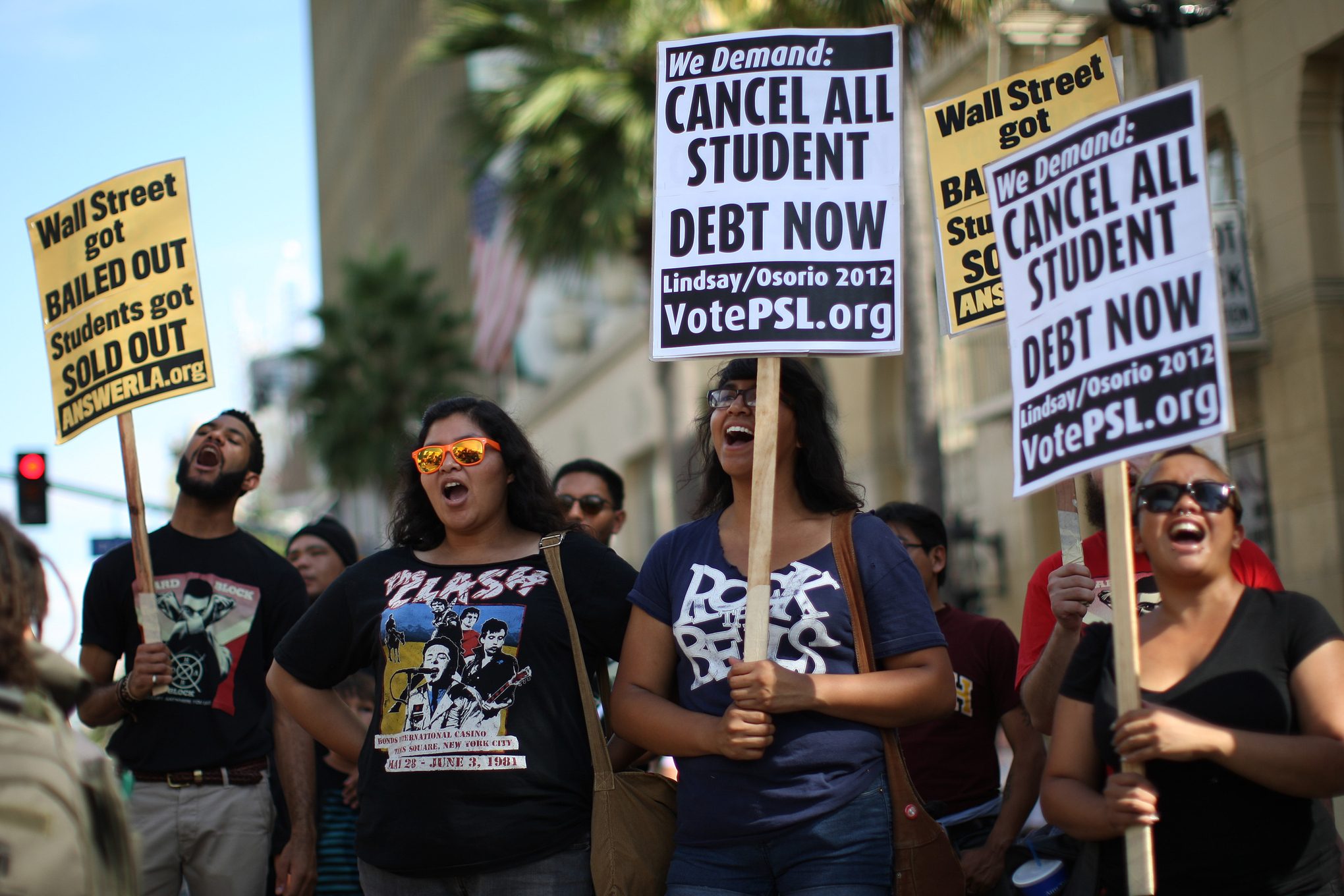 Here's a form of after-the-fact financial aid that doesn't show up before students enroll. The Education Department's income-based student loan repayment programs remain something of a well-kept secret despite an intense outreach campaign.

Those programs, which are available only for federal student loans, base monthly payments on borrowers' incomes. Borrowers pay for up to 20 years (10 if they work at a nonprofit or government agency). Either they pay back the amount they borrowed plus interest, or the remaining balance is forgiven.

That means if borrowers take on a lot of debt, then can't find a job or go into a low-paying career, their monthly payments are lower than they'd be under a standard repayment plan. If they're doing well, they pay off their loans quickly. (There's no risk that they will pay back more than they owe.) If they continue to struggle, the loans will eventually be forgiven.