Police in Illinois aren't supposed to profile based on race, but a new report from the American Civil Liberties Union of Illinois shows Chicago cops are much more likely to stop black drivers than white or Latino drivers.

"Black motorists are being stopped far more likely than we would expect," said Adam Schwartz, a senior staff counsel for the ACLU of Illinois, told the Chicago Tribune. "We think that tends to show that police have different tests when deciding who to stop and who to search."

The ACLU broke down the disparities with 2013 data: 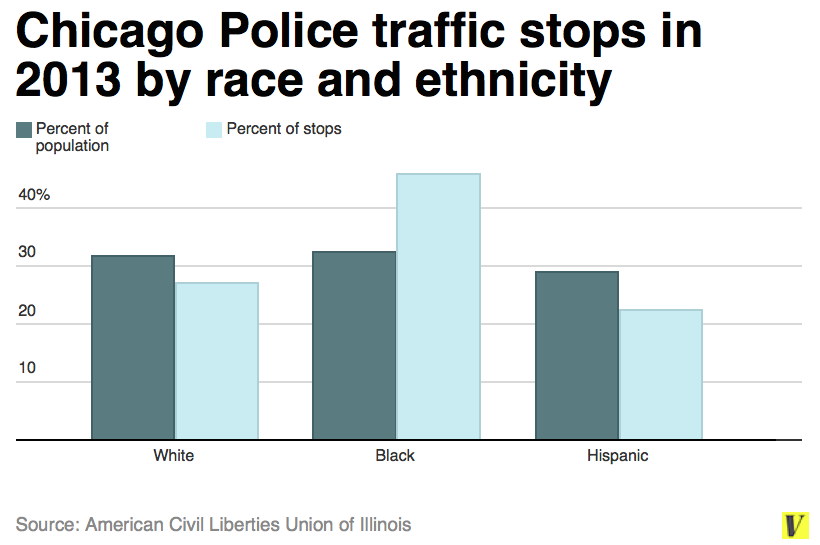 The Chicago Tribune, which first picked up the ACLU analysis, reported:

The department also said it prohibits racial profiling and other "bias-based policing," but its own records suggest the problem — often derisively referred to as "driving while black" by African-Americans — remains persistent, according to a study by the American Civil Liberties Union of Illinois.

Of the more than 100,000 traffic stops made by Chicago police last year, nearly half were of black motorists, far more than their percentage of the population per 2010 Census figures, according to the ACLU analysis of the data. The numbers were even more lopsided for traffic stops of blacks in predominantly white neighborhoods, the ACLU found.

Illinois is one of 30 states that bans racial profiling 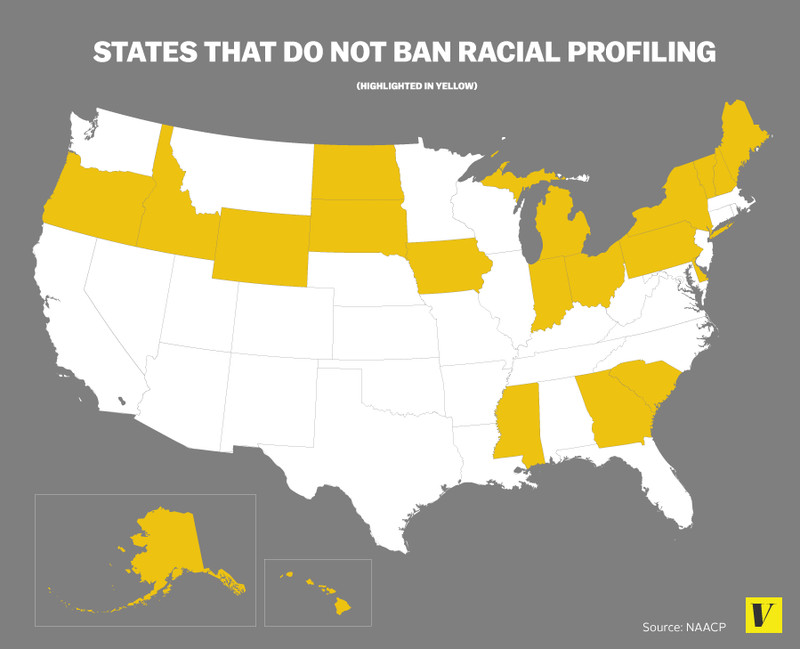 The experience in Chicago shows the limits of racial profiling bans. Illinois is one of 30 states that prohibits police from stopping someone based on race, but the ACLU's findings suggest that ban isn't being properly enforced.

A September report from the NAACP suggested some states' bans aren't stringent enough. Seventeen states criminalize violations of the ban — and Illinois isn't one of them. And just three states — Kansas, Rhode Island, and Tennessee — allow individuals to seek a court order to stop officers and police departments from racial profiling.

The NAACP report called on states to adopt stronger anti-profiling laws and programs, including provisions for data collection and monitoring of police activities, more funding for police training on profiling, and more sanctions and remedies for violations. But, as it stands, "no states meet all of the NAACP criteria of an effective racial profiling law."