Share All sharing options for: America tweeted about Ferguson more than any other news story in 2014

This past year was filled with all sorts of major news events around the world, ranging from the police shooting of Michael Brown in Ferguson, Missouri, to the biggest outbreak of Ebola in history. 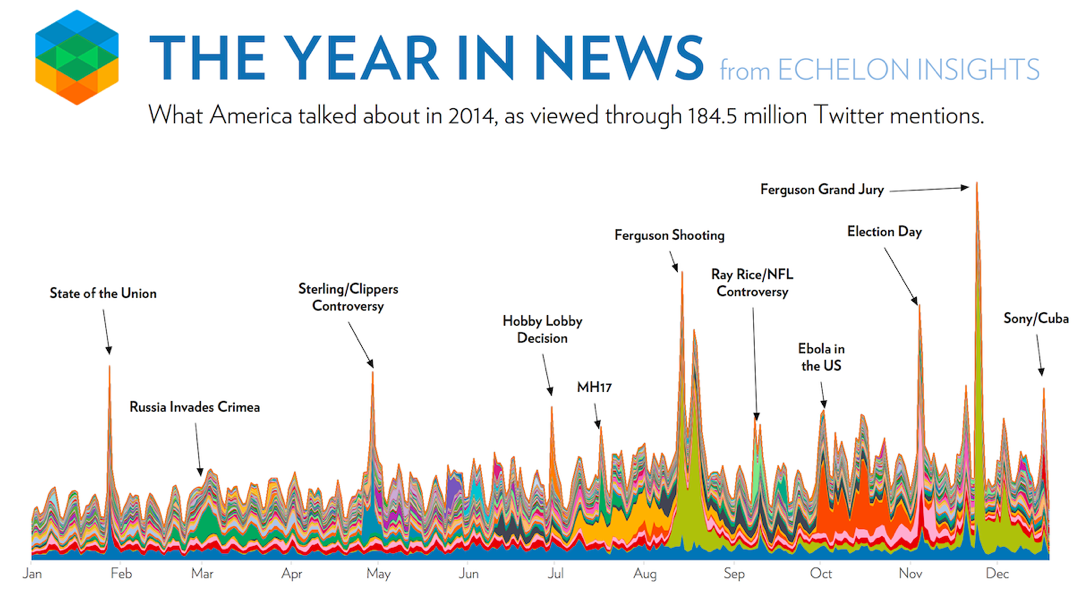 Here's a recap of six of the major events of the past year, based on Echelon Insights' chart: