Between the 1950s and the 1980s, cities across the country undertook massive freeway construction projects. In many cases they decided to run the freeways straight through downtown, bulldozing thousands of homes and businesses in the process.

At the time, this was seen as a sign of progress. Not only did planners hope to help people get downtown more quickly, they saw many of the neighborhoods being torn down as blighted and in need of "urban renewal."

But tearing down a struggling neighborhood rarely made problems like crime and overcrowding go away. To the contrary, displaced people would move to other neighborhoods, often exacerbating overcrowding problems. Crime rates rose, not fell, in the years after these projects.

By cutting urban neighborhoods in half, planners undermined the blocks on either side of the freeway. The freeways made nearby neighborhoods less walkable. Reduced foot traffic made them less attractive places for stores and restaurants. And that, in turn, made them even less walkable. Those with the means to do so moved to the suburbs, accelerating the neighborhoods' decline.

Shane Hampton, a researcher at the University of Oklahoma, has compiled an amazing collection of before-and-after images showing how freeways transformed major American cities in the Midwest. In these images, you can see block after block of urban neighborhoods leveled to make room for highways and the elaborate interchanges that connected them. I've reproduced three examples here, but you should check out the full set of maps at his website.

These maps compare Cincinnati in 1955 to the same area in 2013, focusing on the area west of downtown. At the bottom you can see I-71 cut downtown Cincinati off from its waterfront (which is just below the bottom of this image), while on the left you can see how I-75 and a massive freeway interchange forced the destruction of dozens of blocks of west of downtown. 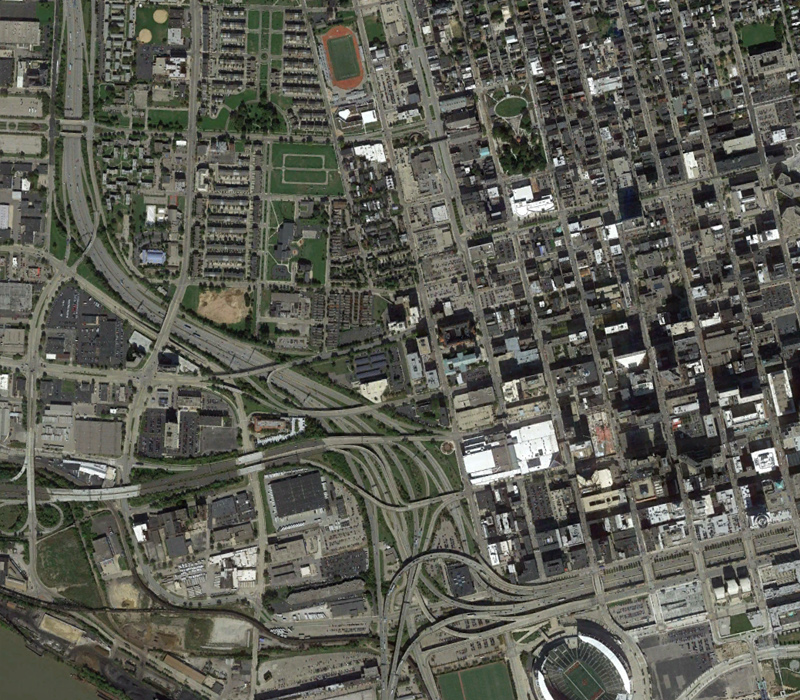 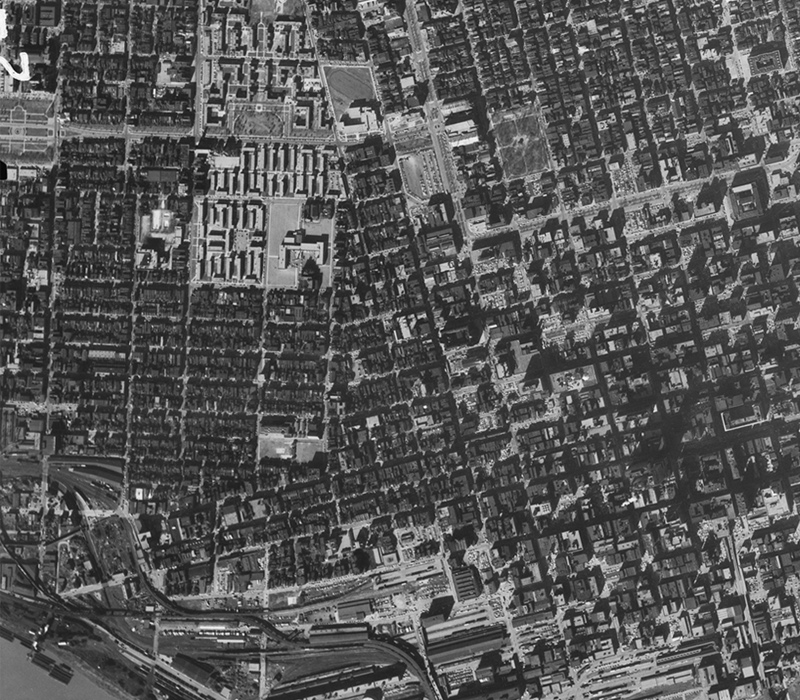 Detroit was totally transformed by freeway construction between 1951 and 2010. Previously, downtown had been surrounded by a high-density street grid. Today, it's totally encircled by freeways. 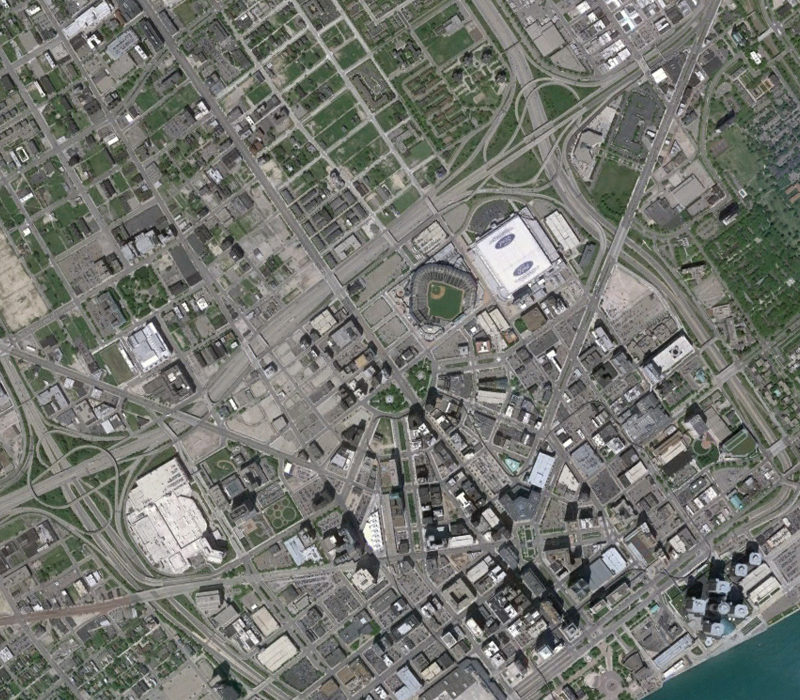 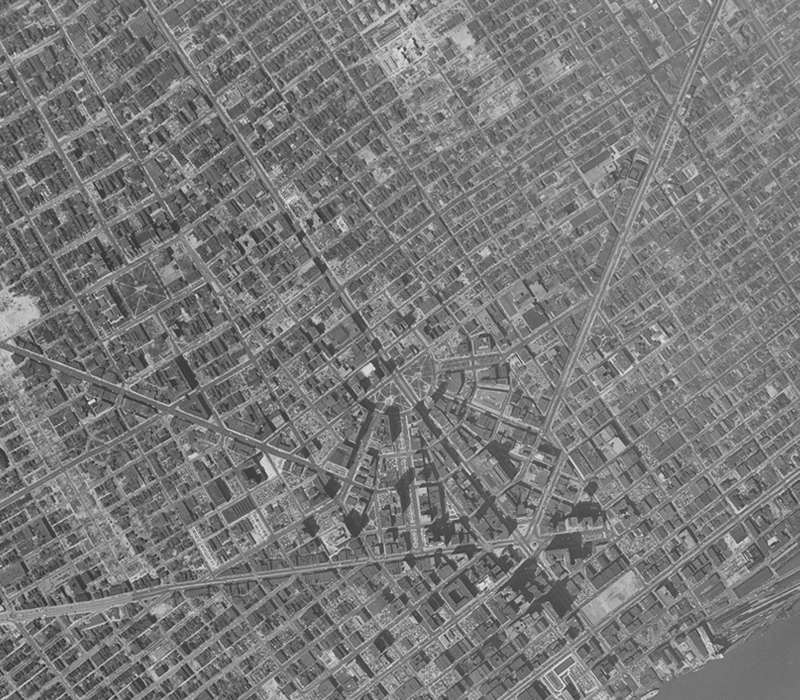 These maps compare the areas east of downtown Minneapolis between 1953 and 2014. You can see I-35 run east along the bottom of the 2014 map and then turn north. The area now occupied by the freeway used to contain some of the most densely packed blocks in the Twin Cities. 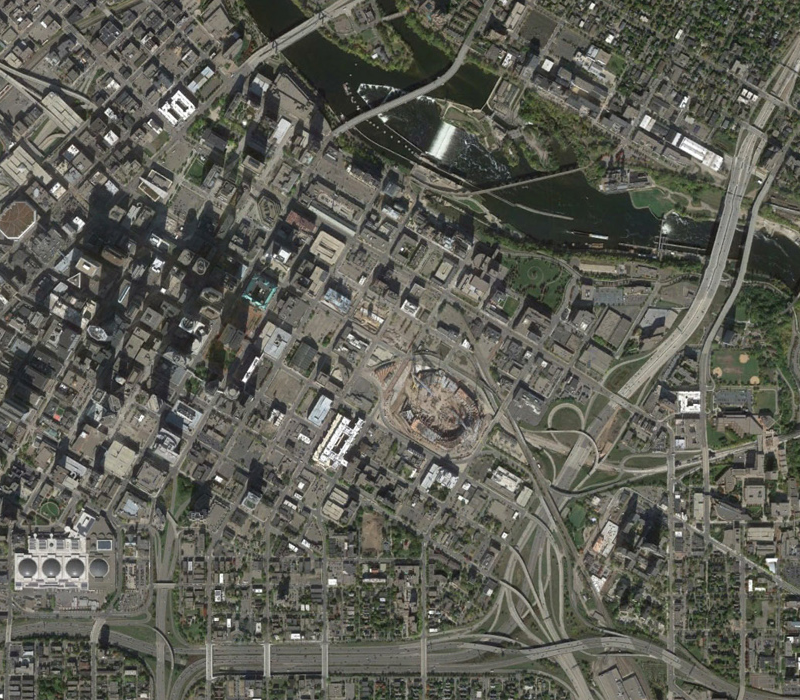 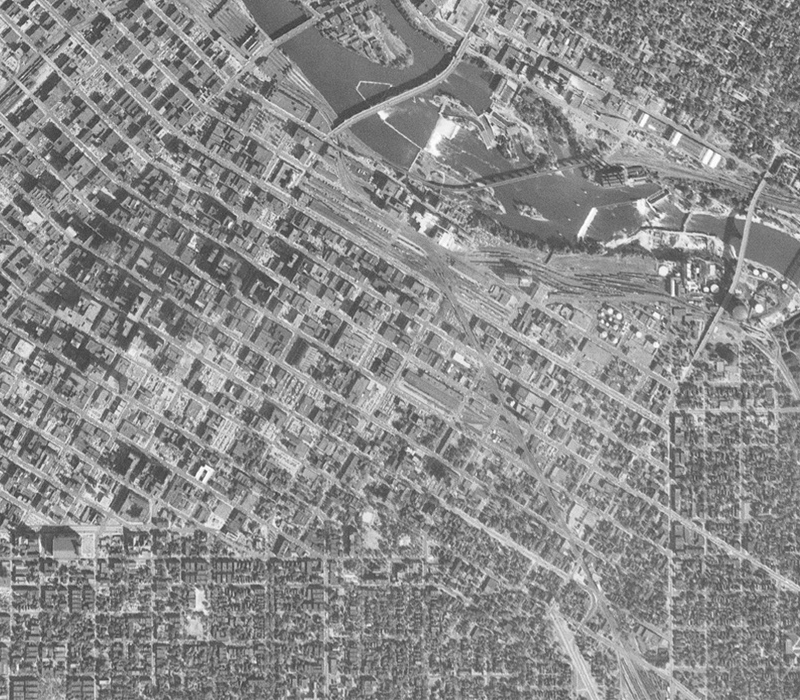