Google's self-driving car has a new look. But will it ever catch on?

Share All sharing options for: Google's self-driving car has a new look. But will it ever catch on?

Back in May, Google announced it would build a real self-driving car. No steering wheel. No pedals. Just sit back and let the car navigate.

But at the time, Google only offered a mock-up. This week, via Greg Kumparak of TechCrunch, they've released a photo of the actual prototype — with a subtle new look. I've put both images into a slider to make it easier to see the differences between the mock-up (black) and finished vehicle (white): 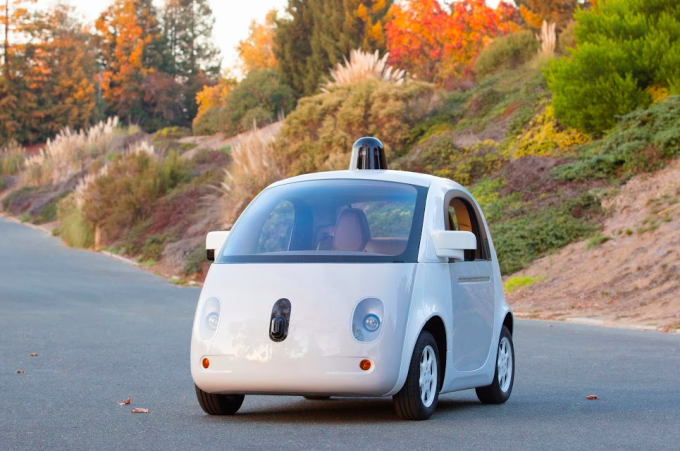 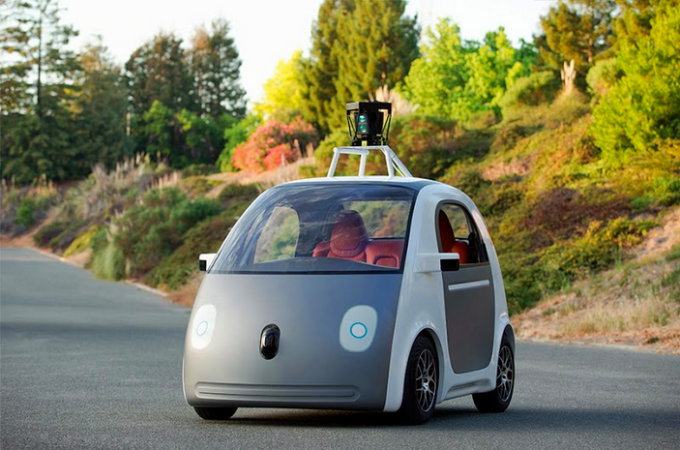 The big differences are the headlights and the slimmed down radar/camera on top of the car (how the car sees the world). Now that a prototype is built, Google will start testing it on the tracks — and could send it out on roads in California by 2015.

Will Google's self-driving car ever catch on?

Self-driving cars are an intriguing possibility, to say the least. If they ever became widespread, traffic jams and deadly crashes could become rarities and commuting could become far less stressful. (On the other hand, self-driving cars could also have a number of downsides — like layoffs for the nation's millions of truckers and taxi drivers. Here's a more detailed rundown of some of the potential pros and cons.)

Tesla is taking a different approach toward self-driving vehicles

But that said, self-driving cars still face plenty of legal and regulatory hurdles — and it's not even clear that Google's version will win out. Right now, a number of auto companies are experimenting with self-driving vehicles in California, which has begun to allow road tests. And there are a couple different approaches here.

Tesla Motors, for its part, seems to be focusing on adding incremental "autopilot" capacities to its existing line of popular vehicles. The company's newest Model S cars will be able to change lanes on their own, obey speed-limit signs, and even park themselves — while being handled by drivers the rest of the time. As the tech advances, the hope is that these cars will get so many self-driving capabilities that they'll be able to drive themselves one day.

Google, by contrast, is opting to build a car from scratch that eliminates driver control altogether — rather than slowly adding autonomous capabilities over time. (After all, there's a good argument that switching back and forth between a computer driver and half-attentive human driver is actually more dangerous than just letting the computer do all the work.) The downside of Google's approach is that its initial vehicle can seem unimpressive — it only travels 25 miles per hour and can't run on highways.

In either case, the technology is still quite pricey — Tesla's Model S starts at $71,000 — and the US is still a long ways away from making all the regulatory and licensing changes necessary to make self-driving cars a reality. But the technology is clearly getting better and better with each passing year.

15 ways that self-driving cars could transform our lives

Driverless cars will mean the end of mass car ownership

One big obstacle to self-driving cars? People are still scared of them.

Why trucks will drive themselves before cars do