Police, firefighters, and security guards are the fattest workers in America

Share All sharing options for: Police, firefighters, and security guards are the fattest workers in America

Police, security guards, and firefighters have the highest obesity rates out of any occupational group in the US, a recent study shows. 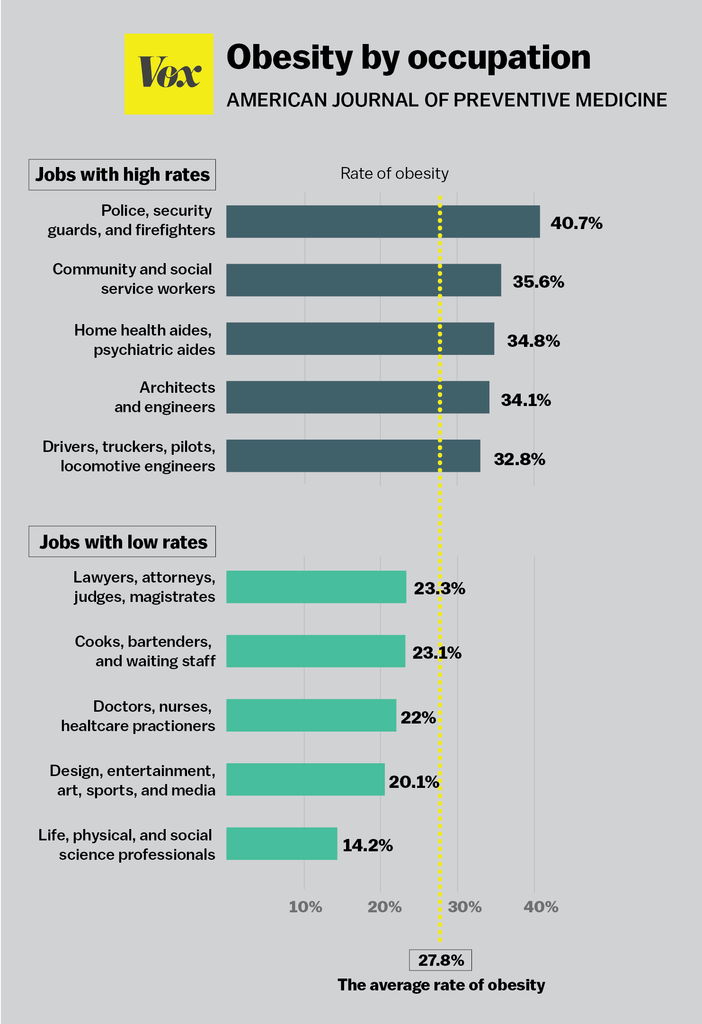 The report found higher obesity rates correlated with working more than 40 hours per week and exposure to a hostile work environment, although the differences were relatively modest.

Researchers recommended employer interventions that target scheduling practices and attempt to reduce hostility in the workplace. Employers, the report said, could also try to encourage better dieting and more exercise among individual workers.

Hat tip to the Wall Street Journal for bringing the study to our attention.

The rise of the post-credits scene, explained

How to depolarize a country

Why more Americans than ever are starting their own businesses