The economic meltdown in Russia, in 2 charts

Share All sharing options for: The economic meltdown in Russia, in 2 charts

Russia's economy is in serious trouble. On December 15, the country's currency, the ruble, began a rapid decline after months of a steady drop.

The Economist captured the dramatic decline in a chart that also shows just how steep the drop is compared to recent currency crises in other countries: 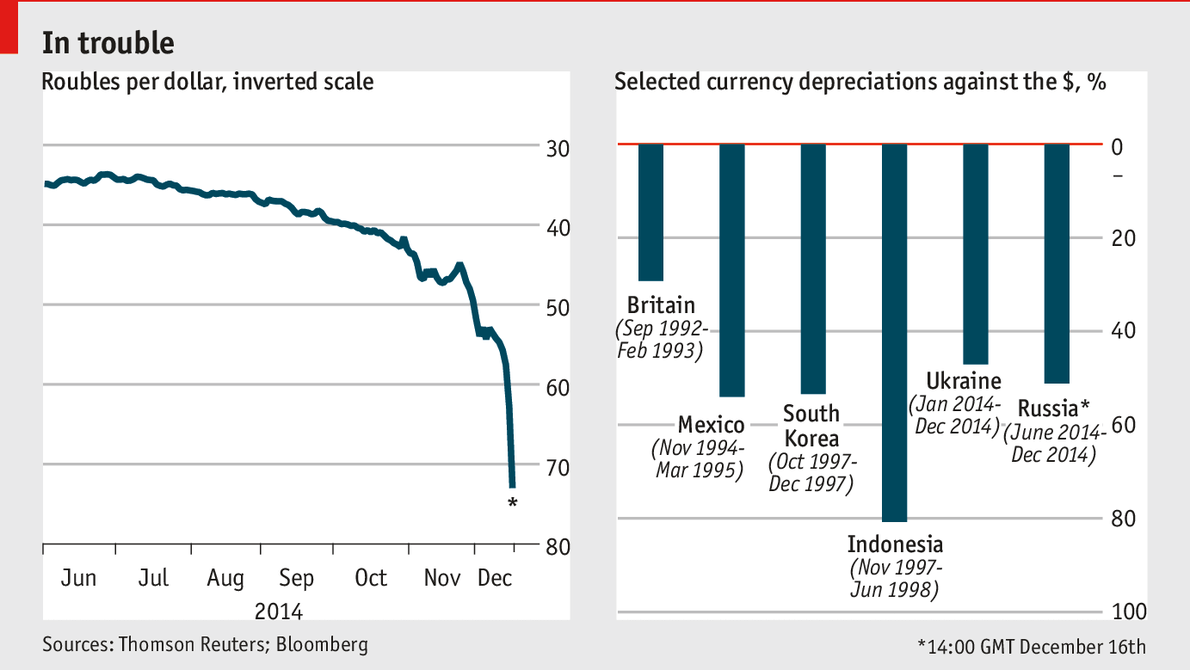 Russia's central bank tried to prevent the free fall with a 6.5 percent interest rate hike, one of the largest on record. But that hasn't restored much faith in Russia's tumbling economy.

Vox's Matt Yglesias explained why an interest rate hike might not be enough:

Sharp rate hike to restore confidence, followed by slow and steady easing once the situation has stabilized is the textbook approach to handling a currency crisis.

But the presumption behind that textbook approach is that confidence is what's lacking. Russia's problem is that nothing else Putin has been doing is textbook. Getting embroiled in a war with a neighboring country that leads to sanctions from your main trading partners is not textbook. Having an undiversified economy dependent on natural resource exports is not textbook. The ruble's plunge might be an overreaction to a short-term decline in oil prices. But it also might simply reflect underlying weaknesses in the Russian economy.

Read more: Why the Russian economy is melting down.