Map: The stark gender divide in low-wage work in America

Share All sharing options for: Map: The stark gender divide in low-wage work in America

As Walmart and fast food workers protest for $15 hourly wages and 21 states prepare for minimum wage hikes at the end of the year, tens of millions of low-wage workers in the US struggle to make ends meet. According to new research from Oxfam and the left-leaning Economic Policy Institute, there are 25 million Americans working for low wages, which they define as $11.50 per hour or less (not quite $24,000 per year for a full-time worker).

Here's the concentration of those workers by congressional district:

One thing this map shows is that low-wage work is far less common in and around large metro areas, where the cost of living also tends to be higher — the entire northeastern Amtrak corridor area from Washington to Boston is the palest stretch on the map, and San Francisco is also relatively yellow. The widespread prevalence of low-wage work may be one reason why even red states have increasingly voted in favor of higher minimum wages. (See Oxfam's interactive map to see the exact percentages.)

But perhaps more interestingly, Oxfam's maps also show the gender gap in low-wage work. Women make up an outsized portion of America's low-wage workers, and their map (on the left) is considerably redder than men's. Those low-wage women are concentrated in particular in the south and rural Midwest. 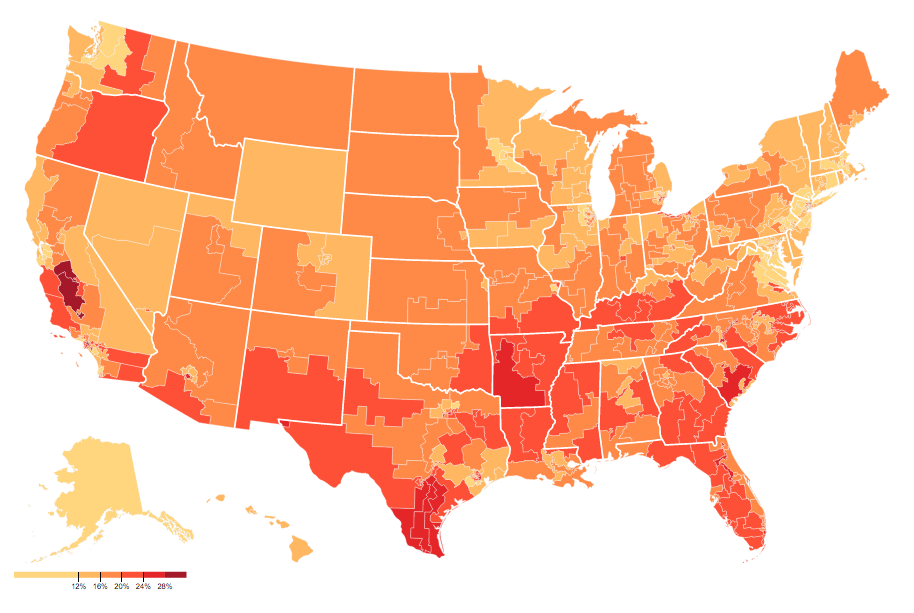 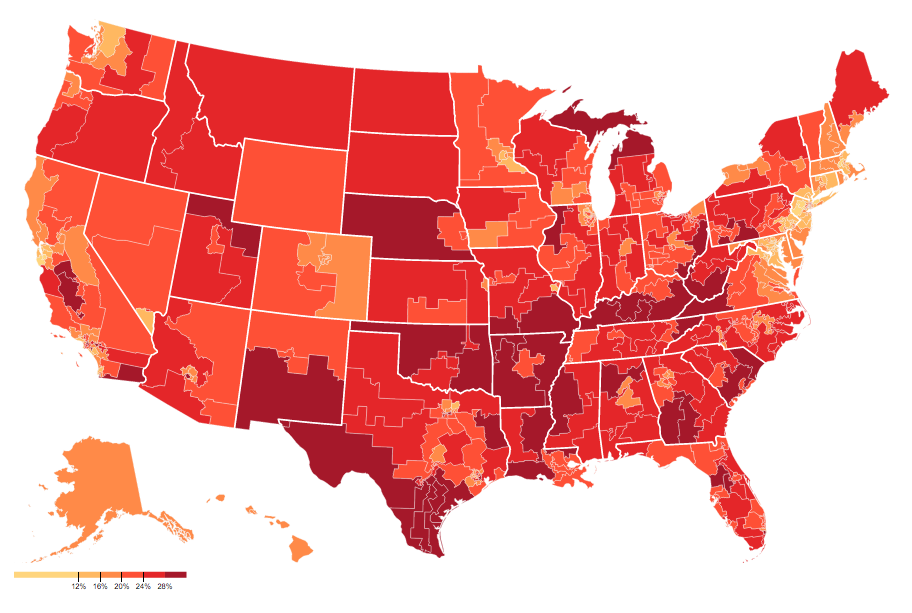 Throughout large swaths of the US, around 30 percent of women are low-wage workers, whereas that's only true of men in one area — central California. But it's really no surprise that women should dominate this group of low-wage-earners. Women accounted for 62.4 percent of all people working at or below the minimum wage in 2013, for example, despite making up just under half of all employees in that year.