The police union and Hawkins exchanged statements over the controversy

Cleveland Police Patrolman Union President Jeff Follmer demanded an apology from the Browns for Hawkins's actions in a statement to NewsNet5:

It's pretty pathetic when athletes think they know the law. They should stick to what they know best on the field. The Cleveland Police protect and serve the Browns stadium and the Browns organization owes us an apology.

Hawkins on Monday responded in a locker room statement to media, which ESPN reported:

To clarify, I utterly respect and appreciate every police officer that protects and serves all of us with honesty, integrity, and the right way. And I don't think those kind of officers should be offended by what I did. My mom taught me my entire life to respect law enforcement. I have family, close friends that are incredible police officers and I tell them all the time how they are much braver than me for it. So my wearing a T-shirt wasn't a stance against every police officer or every police department. My wearing the T-shirt was a stance against wrong individuals doing the wrong thing for the wrong reasons to innocent people.

As you well know, and it's well documented, I have a 2-year-old little boy. The same 2-year-old little boy that everyone said was cute when I jokingly threw him out of the house earlier this year. That little boy is my entire world. And the No. 1 reason for me wearing the T-shirt was the thought of what happened to Tamir Rice happening to my little Austin scares the living hell out of me. And my heart was broken for the parents of Tamir and John Crawford knowing they had to live that nightmare of a reality.

The shootings of Crawford and Rice, like the deaths of Eric Garner in New York City and Michael Brown in Ferguson, Missouri, have reinvigorated a nationwide discussion about racial disparities in the criminal justice system and police use of force. 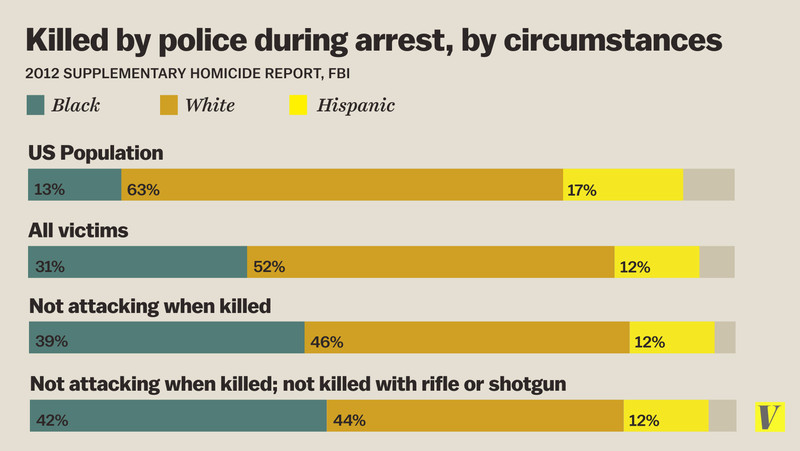 Black Americans are disproportionately likely to be stopped, arrested, and killed by police, according to the available, limited FBI data. These racial disparities remain even in situations in which a shooting victim wasn't attacking anyone else. Some of these victims were instead killed while allegedly fleeing, committing a felony, or resisting arrest.

One of the possible causes of this disparity is what's known as implicit bias, or subconscious prejudices against people of certain races. Studies show officers are quicker to shoot black suspects in video game simulations. Josh Correll, a University of Colorado at Boulder psychology professor who conducted the research, said it's possible the bias could lead to more skewed outcomes in the field. "In the very situation in which [officers] most need their training," he said, "we have some reason to believe that their training will be most likely to fail them."