Share All sharing options for: Map: 43 countries have banned spanking kids since 1979

The scientific research is pretty clear that spanking kids is ineffective and correlates with various bad outcomes, including addiction, depression, and other mental health problems. But spanking children remains legal in most of the world, including the US.

This map, from TIME, shows the 43 countries that have banned spanking: 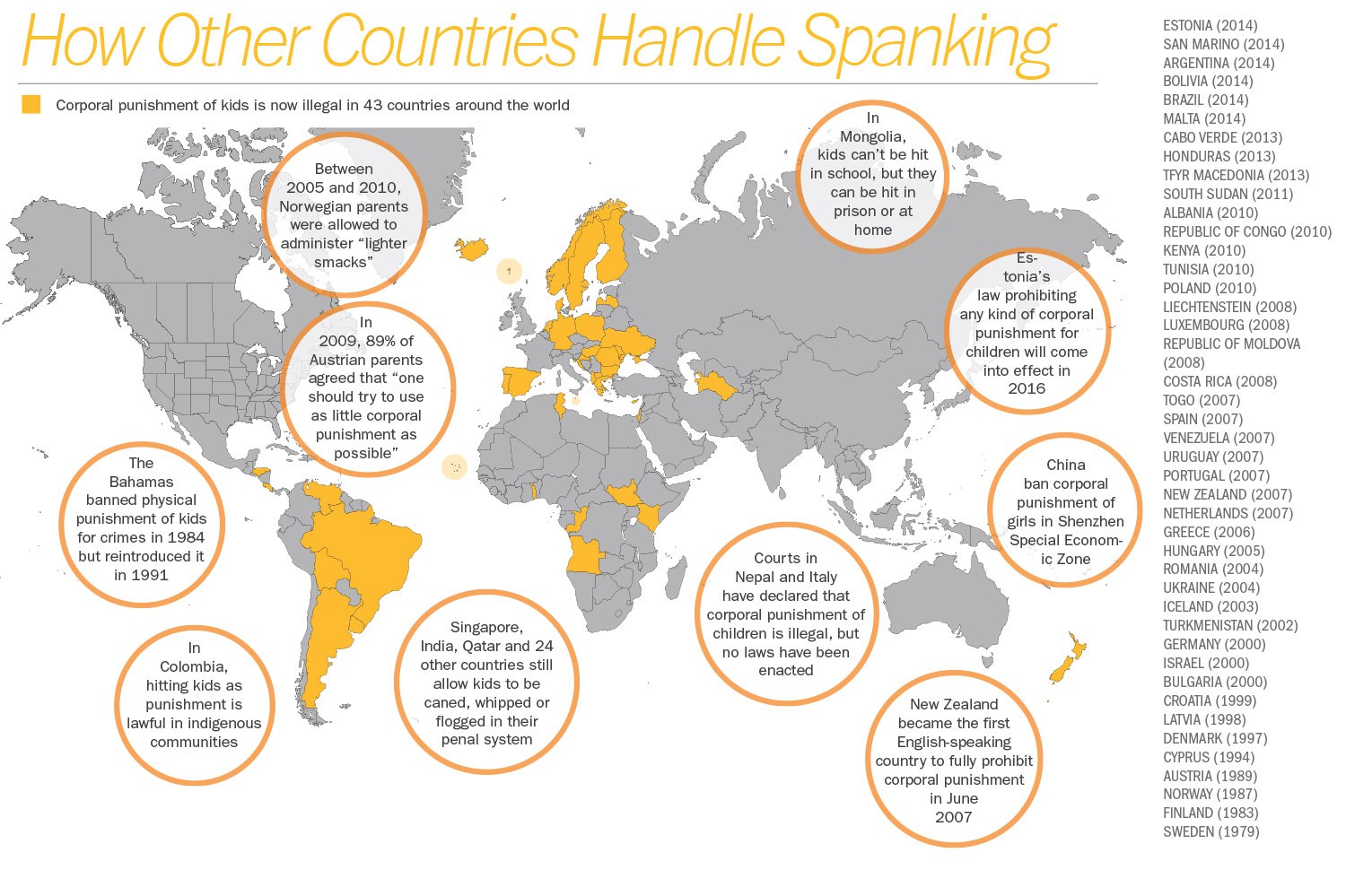 These bans are very difficult to enforce, since they regulate actions toward children in homes in which parents remain the authority figures and are largely shielded from public view. But the laws, advocates say, give children a legal voice and send a clear message to parents that spanking is wrong.