Map: Each state's most distinctive job

Share All sharing options for: Map: Each state's most distinctive job

Texas is full of oilmen, and Kentucky and West Virginia are big on mining. That's pretty obvious, but some states have disproportionate employment in less intuitive categories. New Hampshire is all about forest fire prevention, Missouri likes to split rocks, and Mississippi is for upholsterers.

Here's a state-by-state look at the most disproportionately popular job in each place (scroll over to zoom or click here for a bigger map): 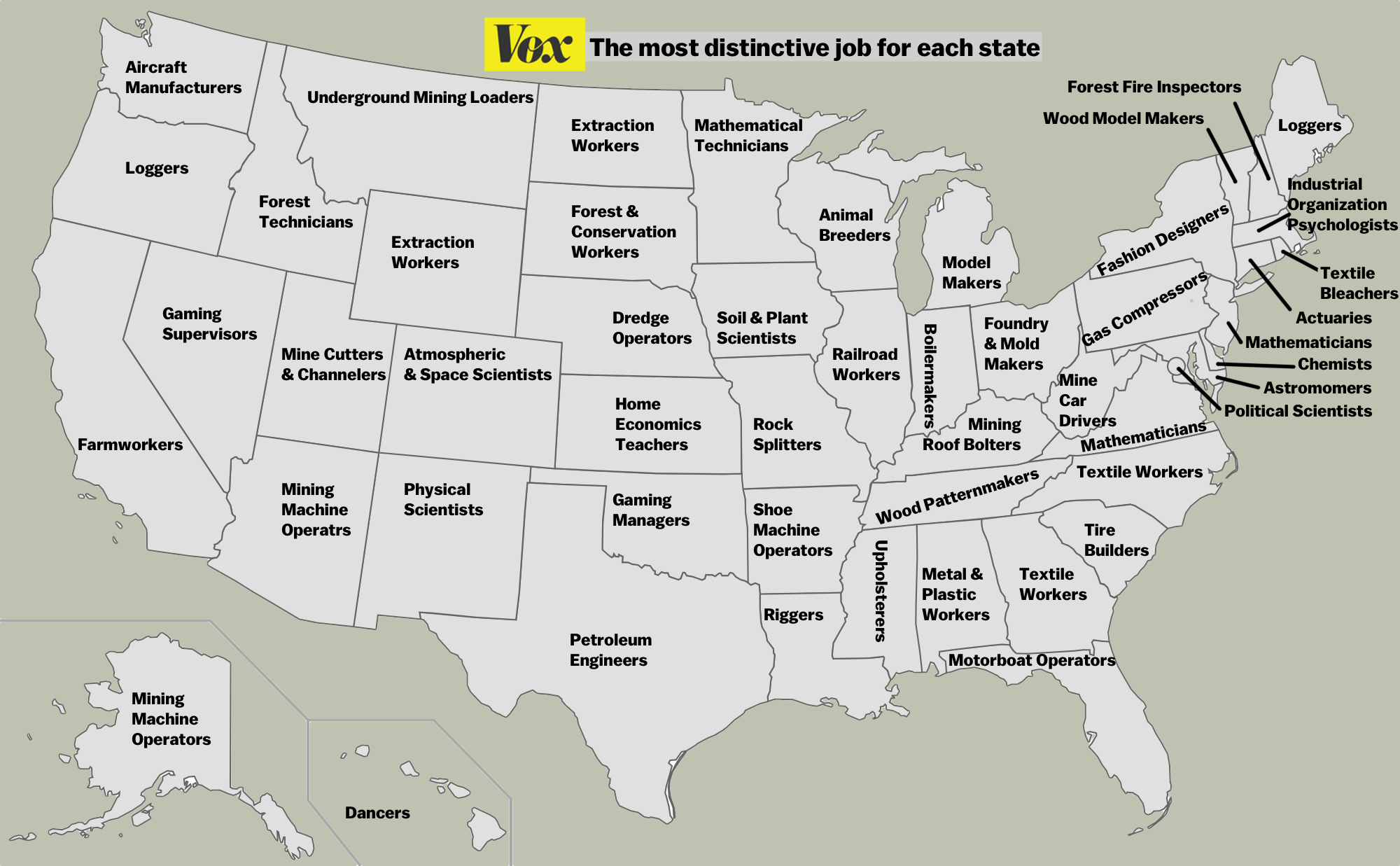 In other words, even though relatively few people in the Bay State are IO Psychologists, that job is over eight times more common there than in the nation as a whole.

(Fans of internet maps may note that Andy Kiersz at Business Insider did a similar map in April, but Kiersz and I seem to have come up with different jobs for quite a few states — I'm not entirely sure why that is)