Share All sharing options for: 3 unexpected facts about turkeys

Americans eat, produce, and export more turkeys than anyone else on Earth. These birds share their name with a foreign nation for some obscure and interesting reasons. Our president pardons them in a fancy ceremony. And they are, obviously, delicious (although maybe not as delicious as Momofuku pork shoulder).

So what else is there to say about turkeys that must be said? These three things:

1) Female turkeys can basically clone themselves 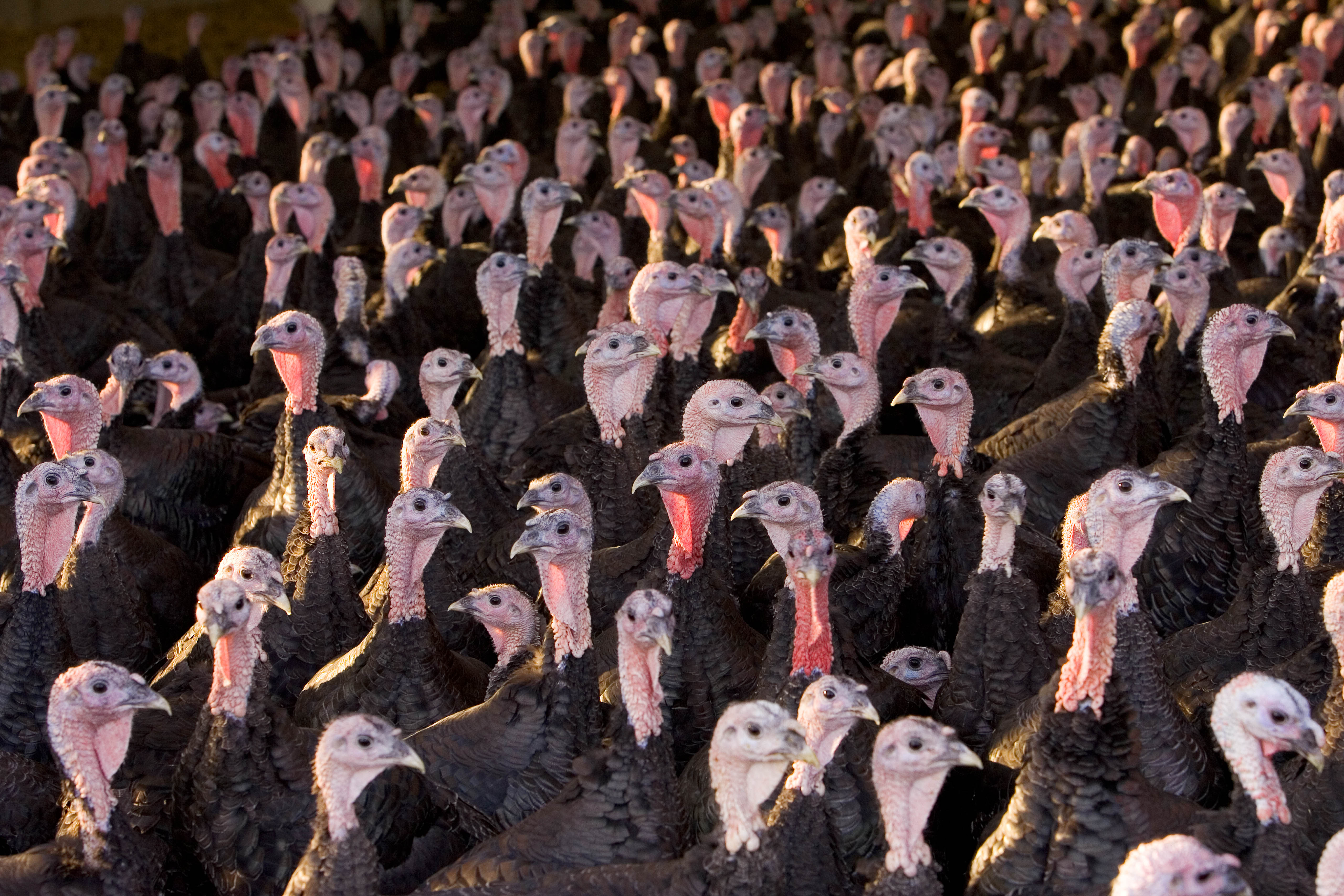 Turkeys in a barn in the UK. (Tim Graham/Getty Images)

This seems impossible, but it's not. Occasionally, the eggs of female turkeys will — without any sperm involved — spontaneously develop into embryos and then into baby turkeys (which are always males). This process is called parthenogenesis and has also been recorded in many other types of animals, including bees, lizards, and sharks.

Very few of the embryos produced from this process survive long enough to become baby turkeys. MW Olson, a USDA researcher who studied parthenogenesis in a particular breed of turkey in the mid-20th century, found that about 1 percent of them survived until chick-hood.

But Olson also said that he was able to selectively breed these turkeys to increase that rate to about 8 percent. (This was presumably of interest to the USDA because you'd want to maximize the amount of turkey eggs becoming actual turkeys that you can then sell for people to eat.) 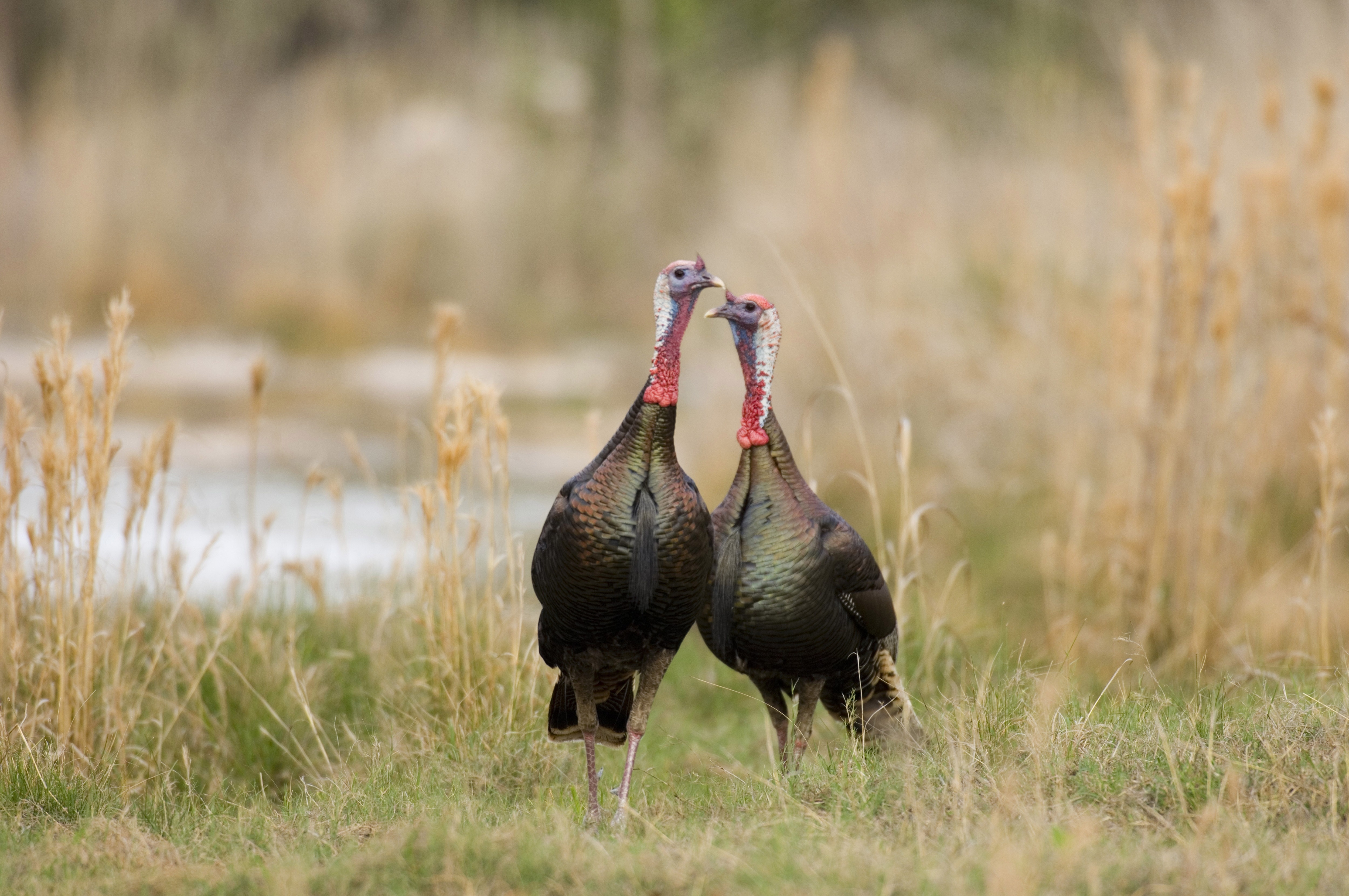 Domesticated turkeys were likely first separated from wild turkeys in the pre-Columbian era in Mexico. They were brought to Europe around 1519, where they acquired their name. And then Europeans took the domestic turkey back to America in the 1500s or 1600s. So wild and domestic birds have been apart for a long time, and that's led to some differences.

In the 20th century, turkey producers began seriously breeding commercial turkeys to become more efficient at converting feed into breast meat. And today, the most popular turkey breed, the broad breasted white, grows super fast and can easily get to more than 45 pounds. By contrast, wild turkeys tend to top out at around 20 pounds or so.

Commercial turkeys are so big that they generally can't get off the ground. But wild turkeys can fly at up to 55 miles per hour. 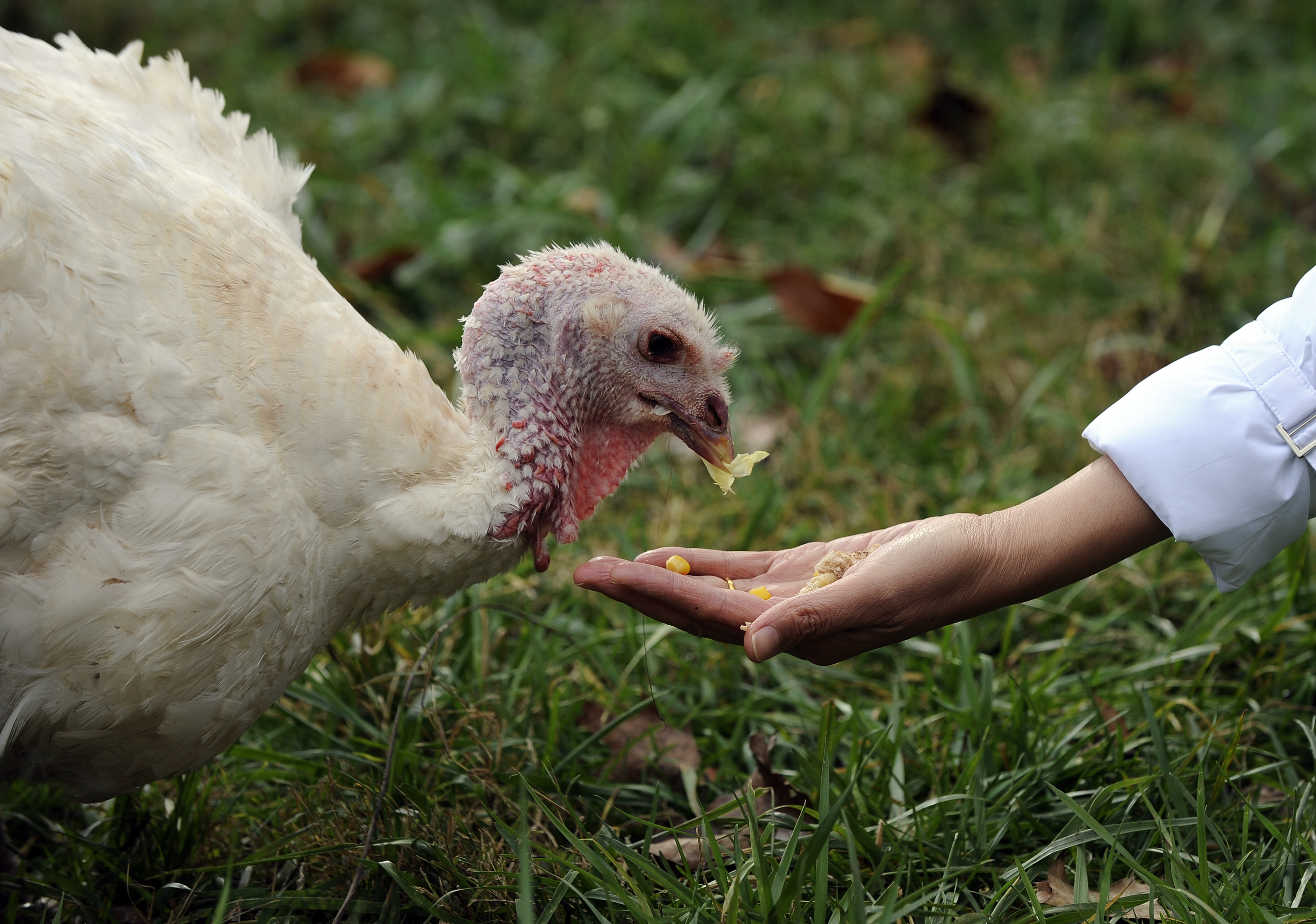 A delightful AP story by Sue Manning from 2012 looked at people who keep turkeys around for love and companionship — rather than for food.

The animal-rescue organization Farm Sanctuary, in addition to keeping turkeys at its shelters, gives away about 50 birds a year for adoption. Most have initially been on factory farms: "Many arrive as victims of neglect, cruelty or hoarding," writes Manning. "They fall off farm trucks; or they mysteriously show up in boxes on doorsteps."

Pet owners said that the birds can have different personalities and are often nervous animals, but can also become protective of their owners. On the downside, because the turkeys are bred for butchering and not a long life of luxury, they can be prone to some health problems, including poor balance because of their large breast muscles. What's more, turkeys have to be kept outdoors because they're not exactly the holding-it-in-until-you-take-me-for-a-walk type.

Farm Sanctuary's current guide to having a pet turkey offers some interesting tidbits. It says that the commercial-breed turkeys live for about two to five years, are prone to heat exhaustion, and should not be kept in co-ed housing:

The males of this breed are so excessively large that, when a male mounts a female, he may tear her skin down to the muscle ... Mounting can also damage the ligaments, neck, spine, and legs of the females, due both to the size of the males and commercial turkeys' predisposition to joint and leg problems.

This is part of the reason why most commercial turkeys are the product of artificial insemination.