The Leonid meteor shower is Monday. Here's how to see it.

Share All sharing options for: The Leonid meteor shower is Monday. Here's how to see it.

If you stay up late enough tonight — or wake up before dawn tomorrow morning — you might get to see something pretty cool: the Leonid meteor shower.

For people all over the world, this annual shower is projected to peak late Monday evening and Tuesday morning local time, with experts projecting 10 to 15 visible meteors per hour, beginning around midnight and gradually increasing until dawn.

expect 10 to 15 meteors per hour between midnight and dawn

As far as meteor showers go, this is just a moderately dense one — far less dense than in some of the Leonids' peak years, but enough for a decent show. Still, this only works out to about one meteor every 4 to 6 minutes, so don't head outside with the expectation of seeing a meteor immediately.

The best way to see the shower is to bundle up, try to find a relatively dark area, let your eyes adjust, and take in the wonder that is our planet passing through a cloud of burning cosmic dust.

What causes a meteor shower 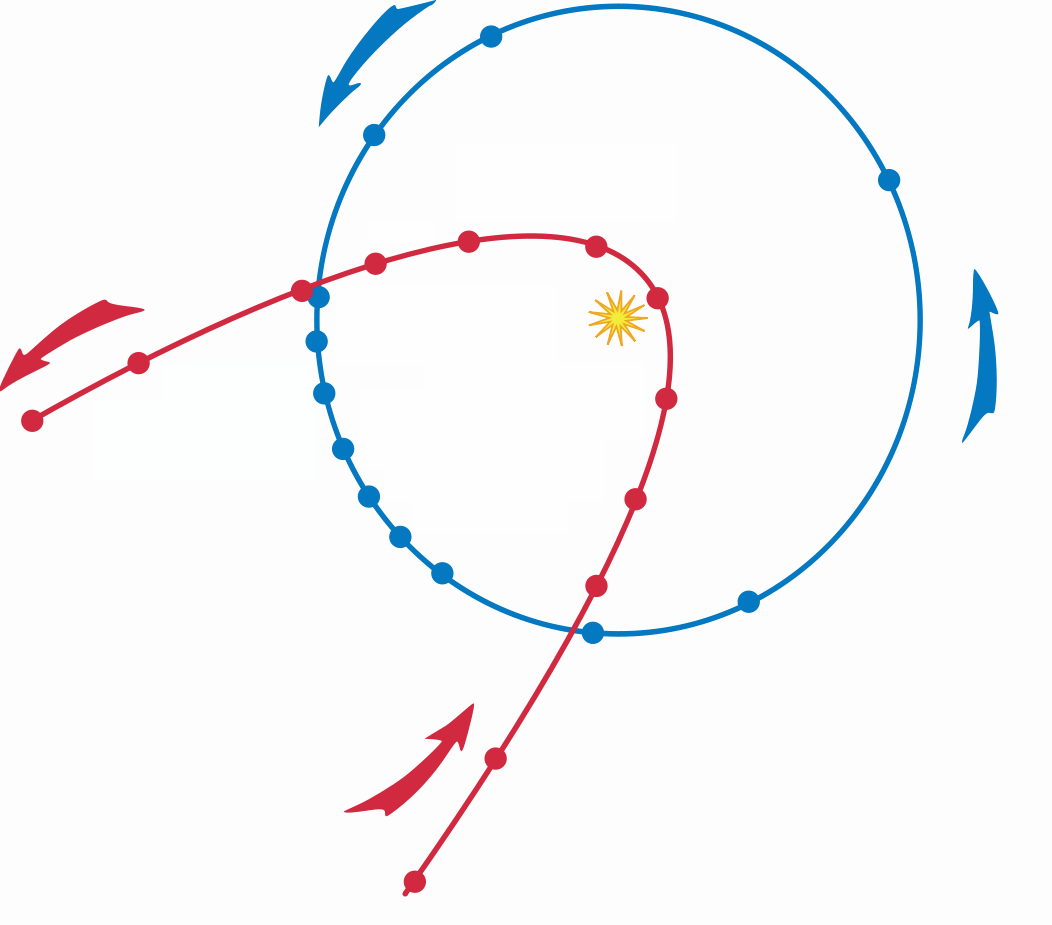 Comets are balls of ice and rock. Like Earth, they orbit the Sun — but unlike Earth, their orbits (the red line in the diagram above) are extremely elliptical, so at times, they're at the outer reaches of the Solar System, and at others, they pass right by the Sun.

When they come close to the Sun, its heat vaporizes their ice, causing them to shed tiny pieces of rock. These form a tail of debris that follows the comet for a very long time.

Occasionally, Earth's orbit can carry us through a comet's tail of debris. It doesn't pose any danger to Earth, but the speeding bits of dust burn up as they enter our atmosphere, producing a meteor shower.

Every November, we pass through material left long ago by the comet Tempel-Tuttle, which orbits the sun in an elliptical path every 33 years. This is the annual Leonids meteor shower, named because the meteors appear to come from the constellation Leo.

How to see the meteor shower

Astronomers predict the shower will peak between midnight and dawn EST, as the constellation Leo rises in the sky, so you'll want to head outside sometime during that period.

The darker it is, the more meteors you'll be able to see, so rural areas are much better than cities. That being said, even within a developed area, just getting away from bright streetlights will help you see the meteors much better.

Though the meteors will all appear to come from the same constellation, they'll streak across the entire sky as they burn up in Earth's atmosphere, so anywhere you can get a wide open view of the sky is best.

Again, even if this were a particularly dense shower, it's not like you'll be able to just head outside and see a meteor right away. There will be a meteor every few minutes at most, and they fly by at speeds of several miles per second, so can easily be missed.

So you'll have to be patient. Sit or lie back, let your eyes adjust, and stare at the sky. You don't need (and shouldn't use) a telescope.

let your eyes adjust and stare at the sky

If you like, you can also try to use a camera to capture beautiful photos of the shower. Experts recommend using a wide angle lens, a tripod, setting the ISO to its highest rating and using a very long exposure time.

Of course, there is one factor much closer to Earth that could ruin the shower: clouds. Right now, forecasts call for heavy cloud cover nearby the Great Lakes, much of the East Coast, and the North West. Still, the South and most of the West should have clear skies.

If clouds are going to ruin this meteor shower from you, there's a backup option: the internet. NASA and the Slooh Community Observatory will both broadcast live streams online.