On November 4, several states radically altered their approaches to a drug once known for Reefer Madness. In Alaska, Oregon, and Washington, DC, voters approved marijuana legalization measures. But in Florida, a medical marijuana amendment fell short of the 60 percent approval it needed to pass under state law. Here's a breakdown of each state's initiative, the latest results, and how the opposing campaigns pushed their messages to voters. 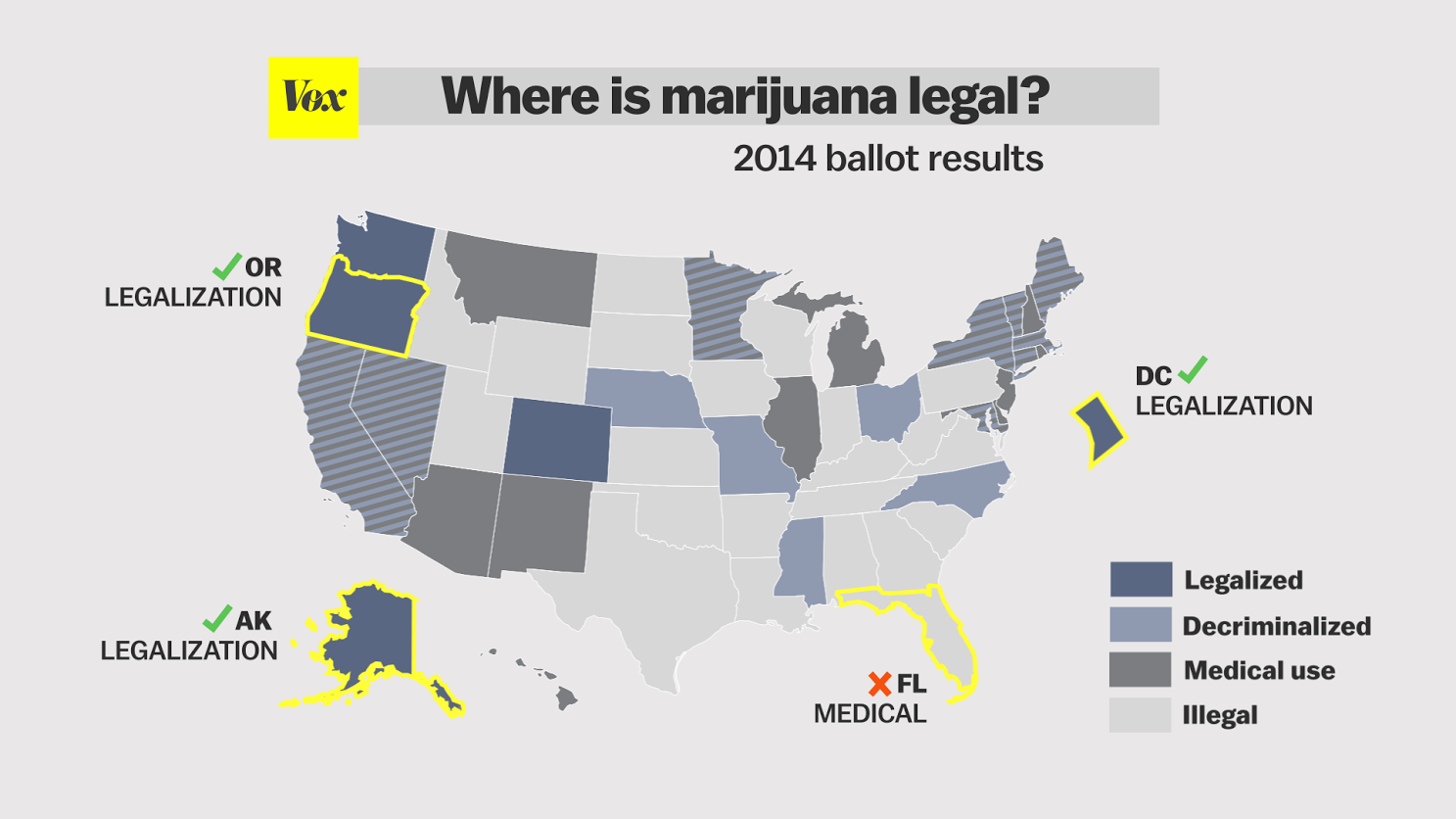